ACI Europe has announced its annual winners for the Best Airport Awards 2022, which were characterised by how airports are recovering post-COVID-19 pandemic and sustainability-related achievements. 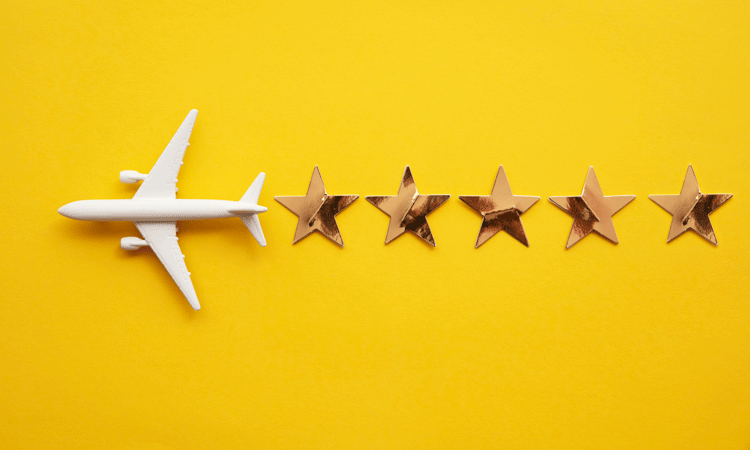 The Annual ACI Europe Best Airport Awards winners have been announced during the Gala Dinner of the 32nd ACI Europe Annual Congress and General Assembly, which took place in Rome, Italy, and was hosted by Aeroporti di Roma (ADR).

The Best Airport Awards recognises excellence and outstanding achievements across the entire portfolio of airport activities. This year has been characterised by both the many ways in which airports are recovering after COVID-19 pandemic and the increasing focus on sustainability-related achievements. Airports in this section are divided into five groups, according to 2019 passenger traffic.

Joint winners have been announced for the first category this year (2022). The award for the ‘under five million passengers’ category went to both La Palma Airport (LPA) for resilience not only during the COVID-19 crisis but also during the Cumbre Vieja volcanic eruption, and Torino Airport (TRN) for its significant recovery post-pandemic and the work on innovation and sustainability.

The ‘five-10 million passengers’ award went to Valencia Airport (VLC). The jury especially highlighted the significant operations put in place to cope with the pandemic measures, including cargo traffic and medical flights. Valencia Airport is also a SAF pioneer, being a test airport for Aena’s collaboration with BP. They received praise for their continued investment in quality of service improvements such as a new automatic border control system.

Eindhoven Airport (EIN) was also highly commended in this category.

This year’s Award in the 10-25 million passengers category was given to Porto Airport (PXO). The airport was praised for its impressive recovery from the pandemic and its plan focussing on fighting climate change, which engaged both the airport and its stakeholders. Very committed to the local community and the region, the airport has implemented initiatives such as rainwater collection, the reduction in water footprint and organic waste collection to a nearby waste park.

The winner of the 25-40 million passengers category was Vienna International Airport (VIE). The Austrian airport took the opportunity, initially forced by the pandemic, to modernise and innovate. Terminal 2 was redesigned and reopened, and the Vienna Lounge was renovated, introducing the ‘smart lounges’ and sleeping pods available for passengers inside the airport. The airport’s commitments on sustainability also received praise, as Vienna airport plans to become carbon neutral by 2023 and net zero by 2035.

Athens Airport (ATH) was also highly commended in this category.

This year’s (2022) award in the over 40 million passengers category went to Rome Fiumicino Airport (FCO) in recognition of its leadership position among the continent’s hubs. Rome Fiumicino has led on the innovation plan this year, with the opening of a new APOC, but also a new SAF facility, making it the first Italian airport to offer SAF.

The Roman hub is also the leader on sustainability, being the first European airport to achieve Level 4+ of the ACA programme.

Innovation standards are set very high, with a new, ambitious Innovation Plan to spur digital transformation, plus the opening of the new Aviation Innovation Hub, as well as through collaborations with key stakeholders and a strong focus on local business development.

ACI Europe has partnered with the SESAR Joint Undertaking to set up the Digital Transformation Award. This award recognises a European airport that has embraced digitalisation, adopting innovative technologies and procedures to improve the safety, capacity, efficiency, and environmental footprint of its airside operations.

This year’s (2022) winner is London City Airport (LCY). The British hub has been recognised as a pioneer for deploying the Digital ATC Tower, a SESAR solution, in such a large airport. The project has been achieved in the course of only four years. It has been possible thanks to the airport’s close collaboration with NATS and SAAB, but also UK CAA, airlines and local communities. A true example of a successful common effort.

The Eco-Innovation Award recognises airports’ outstanding environmental initiatives and is presented in association with ACA.

This year’s (2022) Eco-Innovation Award went jointly to Bristol Airport (BRS) and IST which both submitted their projects in the category of Climate Change.

Bristol Airport’s project was the Low Emission Turnaround trial with easyJet as part of its Strategic Sustainability Partnership. The objective of Bristol ‘to show carbon savings can be achieved without compromising operational efficiency’ was a notable starting point, given the challenge of reducing scope 3 emissions.

IST on the other hand submitted a project of IoT technology as a tool in managing and optimising processes and decision-making. Environmental co-benefits included the real-time data referring to airport-wide sustainability.

The ACI Europe Human Resources Excellence Award was created to recognise both individuals and Human Resources departments who have demonstrated excellent leadership and human resources management among ACI Europe’s Regular Members. The objective of this annual award – now in its third year – is to give exposure to innovative examples that will help the airport community to better assess and implement the new procedures and skills needed to develop the industry’s workforce. The jury is composed of the Chairs of the ACI regions’ Leadership & HR Fora.

This year’s (2022) Human Resources Excellence Award went to IST, for the overall strategy and many initiatives implemented during the second year of COVID-19 pandemic and its recovery. A cornerstone of the strategy was regular employee meetings, and listening carefully to their feedback and their needs.

A ‘Pandemic Board’ has also been established, in close collaboration with the Board of Directors, to produce fast and effective solutions for urgent incidents.

This award recognises an ACI Europe World Business Partner, either individual or company, who has made a significant contribution to the airport industry. This work comes through active participation in committees, sharing of best practices and experience, research and special initiatives. After a review of the nominees, the winner is chosen by the ACI Europe Board of Directors.

This year’s (2022) winner is David Feldman, the Managing Partner at Exambela Consulting. The winner has been an active member of ACI Europe since 2010, showing over the years particular engagement within ACI Europe activities such as committee meetings, conferences and policy advice.
His specially designed Airport CEO’s Retreat concept is a unique event amongst airport leaders.

The awards ceremony closed with a Special Recognition Award, given by ACI Europe.

This special award was given to Emanuel Fleuti, Head of Sustainability and Environment at Zurich Airport (ZRH). The judges praised his ‘outstanding leadership in advancing ACA and airport sustainability‘.