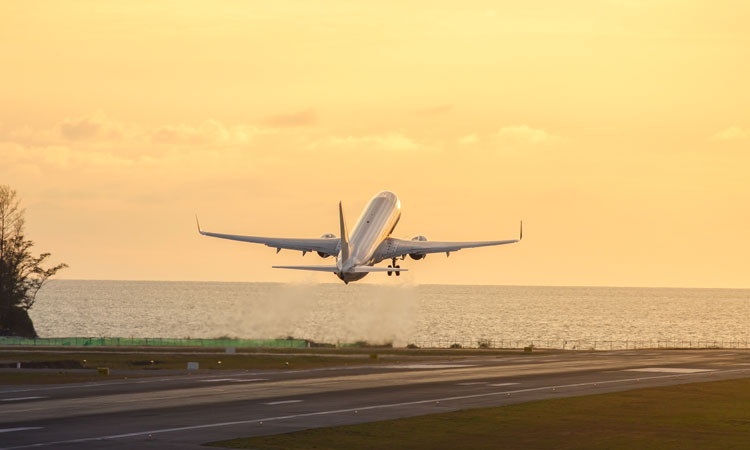 First launched in 2019 and firmly establishing its leading role in decarbonisation action, the ACI Europe Resolution on Net Zero Carbon Emissions by 2050 is updated and reaffirmed. The Resolution formally commits the European airport industry to become net zero for carbon emissions under its control by 2050 at the latest, responding to the Climate Emergency and aligning the industry with the Paris Agreement.

Jankovec commented: “Since the Resolution was first made in June 2019, both committing  the airport industry as a whole and over 200 airports individually, the number of our members signing up as individual businesses has increased by more than 60, now numbering over 270. Let’s not forget this is a time period during which we were in the grip of a global pandemic. This speaks for itself. Moreover, the Resolution is endorsed by our National Association Members, confirming the breadth and depth of these commitments across Europe”.

ACI Europe also announced that, alongside the ever-gathering momentum behind the Net Zero 2050 Resolution, many of its members have gone further and announced specific plans taking them to net zero target dates before the 2050 milestone.

Nearly 50 per cent of the airports committed to net zero CO2 emissions – 128 European airports run by 23 operators – now have a target date for 2030 or earlier. Collectively, these airports account for 23.8 per cent of European air traffic.

10 Swedish airports including Stockholm Arlanda (ARN) already reached net zero CO2 emissions last year (28 March 2021). These will shortly be joined by Toulon Hyères in 2024, by Athens International Airport (ATH) and the 20 Finavia airports in 2025, and in 2026 by Lyon.

ACI Europe has also published further Guidance on Airports’ Contribution to Net Zero Aviation – Reducing Scope 3 emissions and supporting the implementation of Destination 2050. The Guidance aims to provide airports with practical solutions to reduce Scope 3 emissions – in particular aircraft emissions – supporting the implementation of Destination 2050 and thus contributing to the achievement of net zero CO2 emissions by European aviation by 2050.

Globally, airport operators’ Scope 1 and 2 emissions are estimated to account for two per cent of aviation CO2 emissions. Aircraft emissions are not typically within the control or ownership of an airport operator, but are part of its wider eco-system and as well as a consequence of its activities – defined as Scope 3 under the Greenhouse Gas Protocol.

Jankovec added: “This is a significant step-change. To date, our emphasis has been very much upon those activities within the control of an airport – which whilst a hugely important part of the aviation eco-system, is not the major contributor to global emissions from aviation. With this Scope 3 Guidance, we are harnessing the position of an airport as the place where all the services and actions come together and acting as a true catalyst for change”.

Alongside the net zero commitments and the Public Repository, as the only global programme for reducing airport emissions and the progress made by airports under ACA – the global standard and programme for carbon management at airports – is perhaps the fullest picture of all of airports’ commitment to decarbonisation.

ACI Europe announces that eight airports have met all the stringent requirements to become accredited at the highest level of the programme, Level 4+ Transition. From small regional airports in remote Lapland to the busiest airports in the UK and the Netherlands, the eight newcomers to this highest level have fully aligned their carbon management with the Paris Agreement and established effective partnerships with companies operating within their grounds to reduce emissions. The ground is now ready at London Heathrow (LHR), Amsterdam Schiphol, Eindhoven, Helsinki (HEL) and four Lapland Airports (Rovaniemi, Kittilä, Kuusamo, and Ivalo) to further accelerate decarbonisation of their own operations and their partners in line with their commitment to net zero aviation.

The momentum for climate action among European airports is also visible in the surge in new accreditations and upgrades to higher levels. In the past month, five European airports became accredited for the first time. These climate smart airports are: Ibiza  in Spain, Carcassonne, Perpignan Rivesaltes, Béziers Cap d’Agde and Pau Pyrenees in France. The latest upgrades were made by Bulgaria’s Sofia (Level 3), Turkey’s Istanbul ((IST) Level 3), Spain’s Palma de Mallorca (PMI), Alicante Elche and Menorca (ALC) (Level 2 and 3) and France’s Poitiers Biard and Bordeaux Mérignac (both at Level 2).

Finally, the annual congress marked the unveiling of a Memorandum of Co-operation (MoC) between ACI Europe and Airbus, facilitating the exchange of knowledge and best practice and raising airports’ external credentials as regards hydrogen and electrification. The joint goal of the MoC is to accelerate the development of hydrogen-powered and hybrid-electric aircraft, prepare associated supporting airport infrastructure and bring these into the market.

In the signing of this agreement, ACI Europe and Airbus acknowledge that increased focus on reducing fuel consumption and environmental impacts is a key driver for decarbonising air transport. The collaboration will promote the set-up of technical standards and guidance facilitating the uptake of hydrogen and electric-powered aircraft. This MoC also aims to make proposals for the emergence of a satisfactory policy and regulatory framework to meet environmental and industrial needs so that zero emission flight becomes a reality in the foreseeable future.