Posted: 21 May 2021 | International Airport Review | No comments yet

ACI Europe has reaffirmed the European aviation industry’s commitment to net-zero emissions, and has called on States to implement more supportive regulatory and financing frameworks. 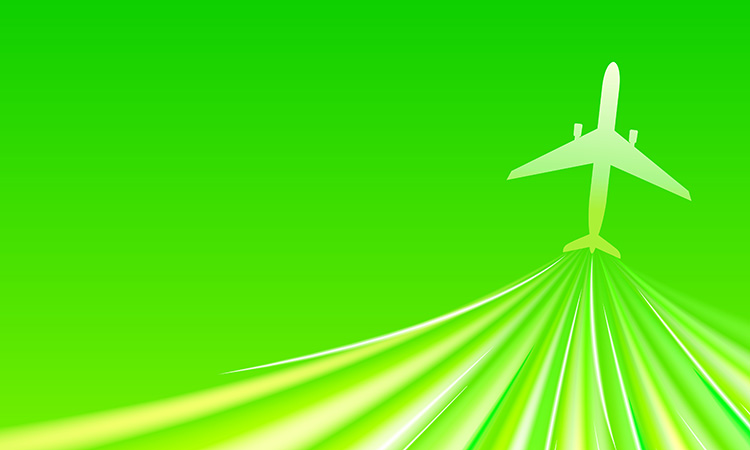 At the second Airports Council International Europe (ACI Europe) Aviation Sustainability Summit on 20 May 2021, the airport trade body made a series of announcements reaffirming the commitment of Europe’s airports to climate action and significantly raising their ambitions to achieve net-zero CO2 emissions – notwithstanding the ongoing devastating impact of the COVID-19 pandemic.

ACI EUROPE confirmed the commitment of the European airport industry to achieve net-zero for CO2 emissions under its control by 2050 at the latest. This commitment was initially launched in June 2019.

Based on European airports’ 2019 traffic volumes and estimated carbon footprint, this net-zero commitment will eliminate a total of 3.14 million tonnes of annual CO2 emissions as of 2050. Currently, 235 airports run by 63 operators across 29 countries have now backed this industry commitment – thus, individually committing to the same objective.

In addition to all 211 airports that had done so before the COVID-19 crisis and that continue to stand by their pledge, a further 24 airports joined the European airport industry commitment to net-zero on 20 May 2021 during the summit. These 235 airports accounted for 68 per cent of European passenger traffic in 2019.

Reflecting stepped-up ambitions, 91 airports run by 16 operators are set to deliver on their net-zero commitment by 2030, two decades ahead of schedule. This includes 10 airports operated by Swedavia, including Stockholm Arlanda Airport (ARN), which have recently become the first ones globally to become net-zero. Athens International Airport (ATH) should follow as of 2025. Then, with a target of 2030:

Olivier Jankovec, Director General of ACI Europe, said: “Europe’s airports have been leading globally on climate action for the past 12 years, delivering constant CO2 reductions through the Airport Carbon Accreditation. While COVID-19 is an unprecedented shock from which we still must recover, it has only reinforced our resolve to play our part in the transition towards carbon-free European economies. The renewed and stepped-up ambition levels that we are announcing today are truly impressive given the circumstances. They reflect not just continued alignment with the EU Climate goals, but, for many airports that are now targeting net-zero by 2030, it means going well beyond the EU’s 2030 reduction target of 55 per cent.

He added: “I want to thank all airports that are reaffirming, joining and advancing these important commitments – especially under the current circumstances. Of course, these efforts are also part and parcel of the vision and roadmap towards a net-zero European aviation industry by 2050, which recently came to fruition through ‘Destination 2050’. Beyond reducing those CO2 emissions for which they are directly responsible, Europe’s airports will also have a crucial role to play in supporting other partners and, in particular, airlines in their own decarbonisation efforts.”

Adina Vălean, the European Union (EU) Commissioner for Transport, commented: “The European Green Deal is our plan to make the EU more sustainable. The policy measures outlined in our Sustainable and Smart Mobility Strategy should help aviation stakeholders to decarbonise the sector. Also, when talking about airport decarbonisation, it is impossible not to mention the role and positive impact that ACI’s Airport Carbon Accreditation has had in driving airports’ climate efforts. I very much welcome the effort of airport stakeholders in standing up with these ambitious targets to reach Net Zero. I am looking forward to working on future progress on these matters with the EU airport community.”

However, ACI Europe was also clear about the fact that, if airports are focused on building back better by renewing and stepping up their climate ambitions, they face considerable challenges to deliver unless more supportive regulatory and financing frameworks are in place.

Jankovec concluded: “There is no escape that delivering on these net-zero targets will be extremely challenging given the financial distress in which Europe’s airports find themselves in. With generally limited financial support extended to airports to face the COVID-19 crisis; still significant uncertainty over the recovery coupled with constant downward pressure on airport charges; no access to the EU Recovery and Resilience Facility; and inadequate State aid rules, Europe’s airports are facing an investment crunch. This will hurt investment in sustainability first, and the risk of locked-in carbon intensive solutions at airports is real. This needs to be addressed by the EU and European States as a matter of priority – they have to walk the talk on the regulatory and financial side when they speak about greening airports.”

How can SPYNEL Panoramic Thermal Cameras protect critical security areas of an airport?