ACI Europe data reveals a deepening crisis within the sector

In Q1 2021, passenger traffic slumped by -81.7 per cent across Europe’s airport network, resulting in a downgraded traffic forecast for 2021 by ACI Europe. 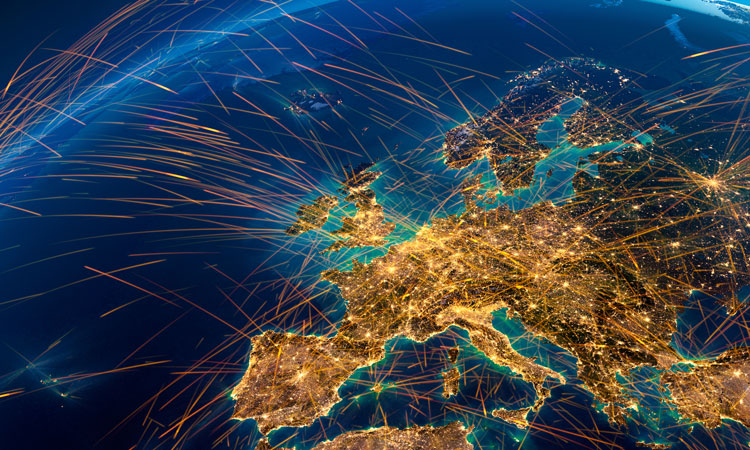 The latest data released by Airports Council International (ACI) Europe has shown a deepening crisis in the sector, with air traffic in a continuing downward spiral. Passenger traffic in Q1 2021 slumped by -81.7 per cent across the European airport network, compared to the same period pre-pandemic (Q1 2019). This marked a further decrease from the previous quarter (Q4 2020 at -79.2 per cent), resulting in the loss of 395.5 million passengers.

A closer look at the data reveals that Europe has become a two-speed aviation market – with airports in the European Union (EU)/European Economic Area (EEA)/Switzerland still sinking into the crisis caused by the COVID-19 pandemic. Other European airports led by those in Russia and Turkey are faring much better.

EU/EEA/Swiss and UK airports saw passenger traffic decreasing from -85 per cent in January 2021 to -89 per cent in March 2021 – with their Q1 2021 performance standing at -88 per cent. This reflected their countries bracing with a third wave of COVID-19 infections, with severe travel restrictions and bans, as well as wide-spread domestic lockdowns. UK airports were especially affected, along with those in countries relying exclusively on international traffic – many of them left with less than five per cent of their pre-pandemic passenger traffic levels.

Conversely, passenger traffic at airports in Turkey, Russia and other markets improved markedly from -59 per cent in January  2021 to -49 per cent in March 2021, with Q1 2021 closing at -54.8 per cent. This is due in large part to airports in Russia and, to a lesser extent, Turkey and Ukraine, reflecting larger domestic markets combined with less severe lockdowns and travel restrictions.

Accordingly, the top five European airports in Q1 2021 all came from Russia and Turkey:

Paris Charles de Gaulle Airport (CDG) at -82 per cent; Madrid-Barajas Adolfo Suárez Airport (MAD) at -81 per cent; Frankfurt Airport (FRA) at -83 per cent; and Amsterdam Airport Schiphol at -87 per cent still made it in the top 10 league, London Heathrow Airport (LHR), at -91 per cent, did not.

Remarkably, Sochi Airport (AER) welcomed more passengers (47 per cent) than London Heathrow as Russians flocked to the Black sea resort city – thus becoming the one and only airport in Europe to post an increase in passenger traffic in Q1 2021.

Preliminary data for April 2021 shows no significant improvement, despite the timing of the Easter holidays at the beginning of the month. In the first 10 days of April 2021, passenger traffic at Europe’s airports was down by -80 per cent, with airports in the EU/EEA/Switzerland and the UK at -87 per cent and others at -48.7 per cent.

Taking stock of the actual performance of passenger traffic during Q1 2021 and of further delayed recovery prospects for international travel, ACI Europe has released a downgraded traffic forecast for 2021:

ACI Europe’s latest financial forecast illustrates the extent of the economic crisis currently facing the industry. With revenues down by €30 billion during 2020, European airports still stand to lose another €29 billion in revenue in 2021. A slow traffic recovery combined with much increased airport competitive pressures will heavily constrain revenues – leaving increasing restart costs unrecovered for most airports.

Olivier Jankovec, Director General of ACI Europe, said: “If anything, these figures show not only that the crisis has not receded, but that things have actually got worse for airports since the beginning of the year – especially for those in the EU, EEA, Switzerland and the UK. Beyond rock bottom traffic and collapsed connectivity, there is no escaping the fact that the financial resilience of Europe’s airports is faltering by the day. We desperately need to get the recovery underway during the Summer and are anxious to see the vaccination roll-out finally improving the epidemiological situation.“