Electric aviation has arrived and will be here to stay

In a world where the decarbonisation of the transport sector is of paramount importance, how will the development of electric aviation contribute to achieving a fossil-free aviation sector? 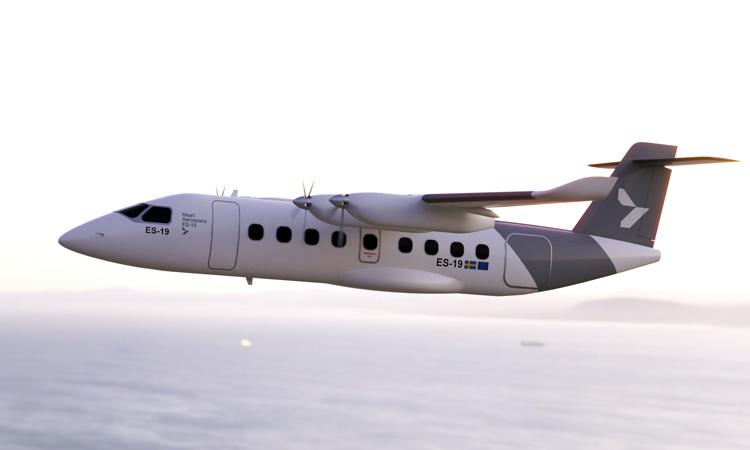 Within the aviation industry, employees’ eyes glitter when electric aviation is mentioned. It’s a topic that is hot and heavily debated – and, what only a few years ago felt unlikely, is now becoming reality.

The strong effort to create a standard for electrifying aviation has continued, but how will this develop in the coming years?

In December 2019, the first commercial trip using electric aircraft flew in Vancouver and the Nordic countries. Since then, the strong effort to create a standard for electrifying aviation has continued, but how will this develop in the coming years?

Maria Fiskerud, who leads the Nordic Network for Electric Aviation (NEA) and the Fossil Free Aviation 2045 cluster, is working on the transition to fossil-fuel-free aviation, together with the industry. She said: “It’s important that we do this together – no-one can solve the challenges of aviation ourselves, we have to work together. In the Nordic region, we gather both airports, airlines and producers of electric aircraft to identify what needs to be put in place in order for us to have an infrastructure for electric aircraft in the Nordic region.”

No-one can solve the challenges of aviation ourselves, we have to work together

The project is funded by Nordic Innovation, a sub-section of the Nordic Council of Ministers, which has identified sustainable transport as a strategic area. Fiskerud continued: “The Nordic countries have the prerequisites to be a pioneer – we created a standard for the GSM network, which we then exported to other countries. We want to create the same infrastructure for electric aviation. Our conditions in the north are special – with ice, rain, snow and cold temperatures – it places higher demands on the planes and infrastructure.”

Fiskerud believes that, during 2030, one third of the routes we currently have domestic flights on will become electrified in Sweden, but maybe half of all domestic routes will be electric flights. She said: “Several new tours that we do not have today will have been added. I think we will get regional direct flights that do not detour via Arlanda and Bromma (the main airports nearby Stockholm), as most flights do today, to be able to get their finances together.”

In 2040, I hope our domestic aircraft will run on electricity, both within Sweden and between our Nordic countries

Fiskerud continued: “In 2040, I hope our domestic aircraft will run on electricity, both within Sweden and between our Nordic countries. Not least because the big airlines, such as Airbus and Boeing, and aircraft engine manufacturers, like Rolls-Royce, are now starting to talk about having larger hybrid planes by 2030. I think the earliest routes in Sweden will start between 2020 and 2030.”

However, there are many different factors that can affect how things go:

Fiskerud said: “There is always uncertainty when we anticipate how the future will be – things will certainly happen that we cannot foresee that will affect development. For example, I usually compare the aviation industry with the rail industry at the beginning of the 20th century. If we had then the same knowledge and discussions as we have today, we probably would have closed the railway. Then, it ran on steam power and was fired with coal. Even as far as the train is concerned, Sweden was among the first to electrify it and, today, we see it as one of the most sustainable transport types. I think we should give aviation the same chance. I think we can benefit a lot if we start thinking about sustainable mobility in general instead of the different modes of transport individually – what would a door-to-door journey look like?”

Speaking about what would happen to the development of biofuel if the industry now invests in electric aircraft fully, Fiskerud said: “We must continue to develop both new technology tracks for biofuels and those that exist today. We are only at the beginning, so there are opportunities to streamline both production and the use of raw materials. Bio-electro-jet fuels, I think, we only have seen the beginning of. There is much more talk about it outside of Sweden’s borders. Hybrids, I am a little hesitant about – but Airbus has now mentioned it as one of their efforts, so maybe they have found solutions. My doubt is that it requires two different powertrains and, therefore, increases the weight of the plane, which will require more fuel/energy. Electrification has taken a bigger place in the last year as an option for fossil-free aviation. You can also introduce greener approaches, for example taxis that are powered by electricity or biofuels for the approach to the airport. To conclude, in this situation we cannot choose technology tracks – we must develop broadly – because we do not know which will work in the future. But I think the important thing is that we don’t choose any part now, as everyone will be needed. In addition, in all aspects, we need to set high and ambitious goals immediately, so we know (if we are basing the approach on history) that there will be some part that does not work as we thought it would from the beginning – such as an unknown factor that may come in and can drive development forward or stop it. Then it is important that there are other tracks that continue to develop.”

How does the airport prepare for electric aviation?

Henrik Littorin, Senior Analyst at Swedavia, thinks that: “The biggest challenge is to start adjusting and planning for something that does not yet exist and that we do not know what it will look like. Linked to practical efforts, but also linked to the financing of the early efforts. It is possible to sneak in and try to offer a minimum level based on the fact that the development will take time and be incremental at a rate which means that airports have time to adapt to the development. Of course, everything depends on the level of ambition – it is possible to make assumptions and plan in advance for substantial effect reinforcements and allocate decent surfaces, but it feels like a very risky road.”

It seems that it is difficult to get specific answers regarding what an airport should do. But, starting with a basic survey based on assumptions, in some cases it is probably smart to wait a while, when there is more to relate to, when implementing practical efforts. However we will not know how the market dynamics develop, which determine which airports may or may not get traffic with electric aircraft or electric VTOL vehicles. So, there is still an obvious market risk in making big electrification efforts now. But, planning and preparing for the development can be done. Swedavia has, among other things, begun by developing a strategic direction for electric aviation and it is to a large extent that they believe airports have a strategic role to play.

Swedavia believes it must ensure that it is possible for electric aircraft to charge, take off and land at the airport, as well as maintain electric flights at its airports in Sweden. It has chosen from the start to be an active party in matters related to electric aviation and airport infrastructure, and actively participates in relevant development projects in progress in the Nordic countries.

“The airports can start by looking at what permits are needed for handling electric aircraft. How should electric aircraft be handled in airspace and on the ground? For example, fire and rescue regulations. This is a challenge, because the regulations are not in place and the authorities themselves currently have no guidelines in place. Starting to identify areas for electric flights and ensuring electricity supply and power is also a good start. Furthermore, looking at which business model you want to use with regard to electric aircraft, based on their electricity and charging needs, passenger processes and so on,” said Littorin. Clearly, energy supply and charging capabilities play a key role in the work. Without it, everything else fails.

If it turns out that electric aircraft can offer a safe, fast, durable, comfortable and cheap transport solution – then I do not think it will be difficult to attract travellers.

But are the travellers ready? Littorin said: “Not yet, since most people don’t even know that electric aviation will be an eventuality. At the same time, the development will be incremental and – if it turns out that electric aircraft can offer a safe, fast, durable, comfortable and cheap transport solution – then I do not think it will be difficult to attract travellers.”