The awards cover four traffic categories of airport and aims to recognise achievement in core activities such as customer service, facilities, retail, security, community relations and environmental awareness and operations. 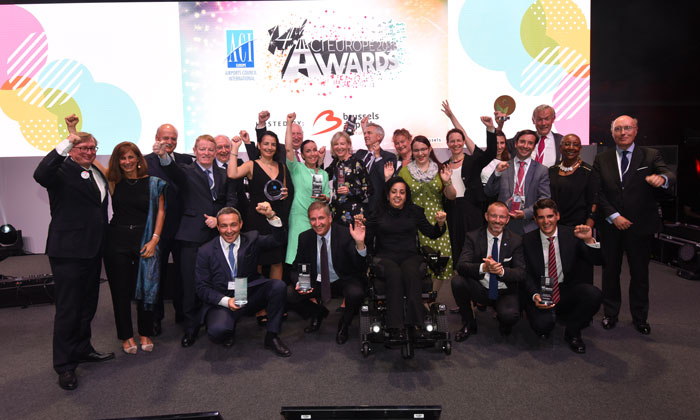 TRIUMPHANT: The winners and prize givers in Brussels

ACI EUROPE has announced the latest raft of winners in its Best Airport Awards. The triumphant airports were honoured last night (June 19) at a gala dinner during the joint ACI World-ACI EUROPE Joint General Assembly at Brussels Airport.

The first award, recognising airports in the ‘under 5 million passenger’ category, went to Tallinn Airport in Estonia for its ambitious large-scale expansion and reconstruction of the airside area with no major operational disruption. 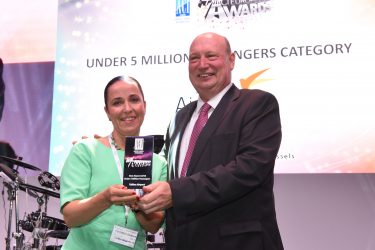 They noted the improved airport access with the construction of a direct tram line from the city centre. The judges also valued the airport’s close cooperation with the airlines and other stakeholders, such as the Estonian Tourism Board, to promote Estonia as a tourist destination.

Torino Airport was highly commended in this category.

Our awards, designed for airports and suppliers alike, recognise the significant impact best practice and innovative solutions can have on improving the operations of an airport.

The joint winners of the five to 10 million passenger’ category were Bristol Airport and Seville Airport.

Bristol Airport was selected for its continued investments in infrastructure, staff training and increased public transport links. The airport was also selected for its new security search facility that has improved the passenger experience at the security control, allowing Bristol to achieve its highest ASQ score for all security indicators. The judges appreciated the airport’s commitment to facilitating the needs of PRM passengers and its environmental strategy towards carbon neutrality. 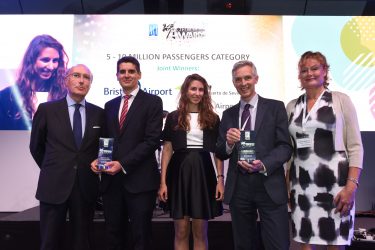 Seville Airport distinguished itself with its active policy to promote its connectivity and for its “Connecting Seville to the World” project where all the agents involved cooperate to develop the airport traffic. The airport was also chosen by the judges for its improvements in security in particular, with increased skilled security staff and passenger assistance. The judges underlined the airport’s communication strategy at a local, national and international level, which has effectively enhanced and developed very positive synergies with its community.

This year’s award went to Hamburg Airport for its innovative additional services to increase the passenger experience and its commitment to environment (e.g. charging stations for electric cars and wild bees protection). The judges considered how the airport excels in its community relations, by providing strong support to local NGOs and getting involved with local residents very often. The airport’s significant investment in renewing its ground handling facilities was also positively noted. 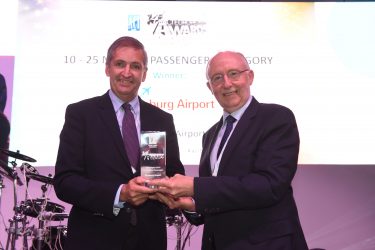 The highly commended airport in this category was Prague Airport.

In the category for airports with ‘over 25 million passengers’, this year’s ACI EUROPE Best Airport Award went to Rome Fiumicino Airport. The airport won praise from the judges for its smart terminal re-design and its strong focus on the development of new markets and new routes. This has contributed to strengthening the competitiveness of Rome as a tourist destination. The continued investments in infrastructure were another reason for recognition. The promotion of the local culture and the use of technology to improve the passenger experience also impressed the judges. 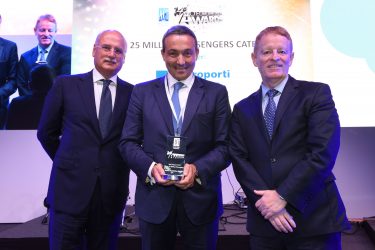 The highly commended airport in this category was Barcelona-El Prat Airport. 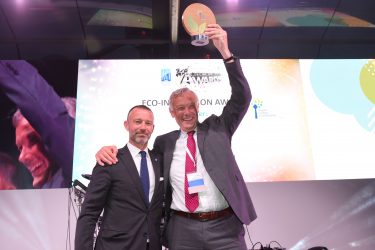 This year’s went to Amsterdam Airport Schiphol (currently Airport Carbon Accredited at Level 3+ Neutrality, the highest level within the scheme) for the comprehensiveness and systemic nature of its approach to environmental management, both in terms of topics covered (noise, air quality, climate change, waste, etc.) and stakeholders addressed.

The judges noted that, in addition to its already achieved carbon neutral status under Airport Carbon Accreditation, the airport also aims to achieve climate neutrality for aircraft emissions up to 3000 feet. Another reason for recognition was the degree of innovation shown, for instance, through the implementation of circular economy principles and the use of renewable energy.

Part of a memorandum of understanding signed by ACI EUROPE and the European Disability Forum (EDF) in 2016, the Accessible Airport Award aims to honour the best airport in Europe in terms of its level of accessibility as well as the range and the quality of the assistance services that it offers. It is also intended to encourage other airports to continue their work on removing the barriers that people with disabilities and persons with reduced mobility (PRM) can still face when travelling by air. 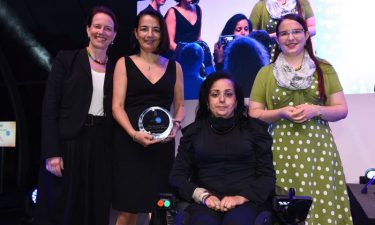 The judges considered that the airport stands out for its holistic approach to accessibility with introduced features with regard to border control (including the “Border Express Kiosk”) and E-Gates, available “accessible taxis” and parking pay machines with lower height for easy accessibility.

The judging panel for the Accessible Airport Award was comprised of EDF Executive Committee and the Unit Social Aspects, Passenger Rights & Equal Opportunities at the Directorate General for Mobility and Transport, European Commission.

Copenhagen Airport was highly commended for its staff expertise in providing PRM assistance and the organisations of PRM events. 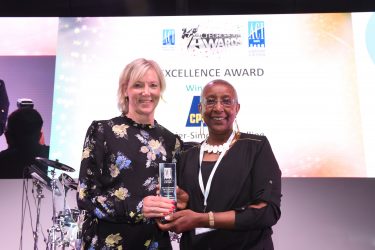 The objective of this annual award – now in its second year – is to give exposure to innovative examples that will help the airport community to better assess and implement the new procedures and skills needed to develop the industry’s workforce. This is increasingly important in view of the various challenges facing human resources directors and airport leaders, such as mobility, succession planning, training, well-being and digitalisation.

This year’s Human Resources Excellence Award went to Lene Beier-Simonsen Holling, HR Development Director at Copenhagen Airport, for putting in place a clear strategy on engagement and employer branding that provides inspiration to the whole airport community. Lene was also praised for developing a solid programme to improve leadership and to create a cohesive and focused culture, which included a formidable use of gamification and technology. 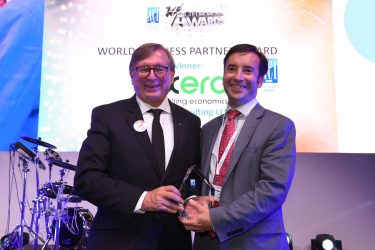 The World Business Partner Recognition Award went to Oxera Consulting LLP, an ACI EUROPE member since January 2007. Its representatives play an active role in the ACI EUROPE Economics Committee. It has also produced two independent studies, commissioned by ACI EUROPE. Oxera was honoured for its solid expertise and advice to the airport industry and for delivering high-quality studies with objectivity and in-depth insight.

The 29th ACI EUROPE General Assembly, Congress & Exhibition will be hosted by Hermes Airports and will take place in Cyprus on 25-27 June 2019.