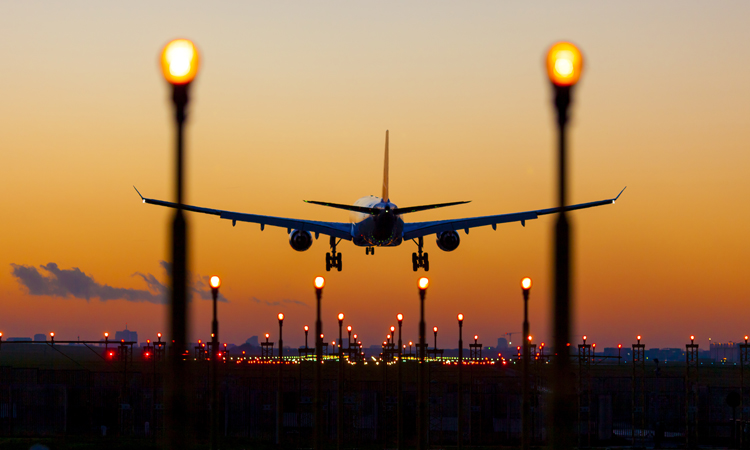 Marín, who is also Managing Director of Airports for AENA and oversees 47 airports across Spain, opened by tackling staff shortages and the severe disruptions suffered by air travellers in several European markets. The root cause, he said, is the combination of a stronger than expected surge in demand alongside very tight labour markets – affecting not just airports but all actors in aviation including airlines, ground handlers, police and border control.

When asked if the industry could have been better prepared, he said: “I honestly do not think so. We got little advance notice of the lifting of travel restrictions by governments, so had very little time to scale up our facilities and resources.” And aviation, he added, is no longer as attractive an employer as it used to be. “When you look at ground handling in particular, we have to find a better balance between competitiveness and the social sustainability of the employment on offer.”

Marín also alluded to the fact that some of the airports most impacted either received little financial support during the pandemic or had experienced tremendous pressure from airlines and their regulators to lower their charges and cut cost before the pandemic. “In the end”, he commented, “the reality is that financial weakness is also a determining factor in operational resilience”.

Travel regimes have considerably improved – but are not yet fully aligned

Chief amongst downside risks for airports remains the pandemic, and the possible emergence of a new variant. Thanks to coordination at EU level, approaches have become more risk-based leading to the easing of travel restriction within Europe and in an increasing number of external markets. But Marín expressed concern that despite the experience of successive waves of COVID-19, there remains no agreed playbook amongst European states let alone globally for what would happen should a new variant emerge. “We know that travel restrictions have been ineffective at preventing the spread of COVID-19. This has been recognised formally by the World Health Organization (WHO), and reflects the simple fact that whenever a new variant is identified it has already been circulating internationally and domestically for several weeks or even months. So let’s not take several steps backwards in this regard.”

In the context of financially weakened airports still facing lower revenues in the recovery and now being hit by high cost inflation, Marín described increases in airport charges as “simply unavoidable” – and defended the logic in doing so. “Any company must take the steps necessary to remain a viable business. As airlines are increasing their fares to passengers as they recover, so must airports be able to increase charges to their customers too”.

He pointed to the findings of the Thessaloniki Forum group of regulators – that regulated airports should be allowed to recoup their COVID-19 losses. Yet in some markets, including France and Ireland, regulators continue to pursue a downward pressure on airport charges: “We do see a number of regulators still ignoring both airport competition dynamics and our economic realities. It is a financial delusion that airports can continue to sustain these losses, and yet still invest for the future. Regulators still too often confuse airline interest with consumer interest – at the expense of airports.  Do you seriously believe that if airports gave free use of their facilities, airlines would really lower the fares they charge to passengers?”

Marín was resolute in his assertion that current slot rules are an anachronism that must evolve – with airports having an equal say in their reinvention. “106 airports in Europe are slot coordinated – that’s more than half of the total number of slot co-ordinated airports globally. Airports in Europe are going to face increasing difficulties in expanding for a mix of environmental, political and economic reasons. Slot allocation will end up shaping the European aviation market more than any other thing – in particular its competitiveness.”

Call for a European strategy on sustainable regional air connectivity

Turning to connectivity, cohesion and in particular the political targeting of short haul routes, Marín put the emphasis on the key role that short haul flights and regional connectivity will play in the progress towards decarbonisation. He highlighted the risk of significant economic and political damage should territorial cohesion be ignored in the face of climate populism. “Regional air connectivity is needed to bridge the gap of the next 15 years – when hybrid-electric or hydrogen short haul aircraft will become available” he stressed. “These aircraft will make regional connectivity the front runner in the decarbonisation of aviation as a whole”.

The ultimate sustainability challenge – alignment with policy makers and regulators

Marín was quick to stress the aviation eco-systems significant achievement in working together in complete alignment on the need to achieve Net Zero CO2 emissions under the joint roadmap, DESTINATION 2050. This coherent collaboration is however not yet matched by a similar alignment with policymakers and regulators. The EU Fit for 55 package, whilst wholeheartedly supported in its principles, is where better incentives and supporting measures are needed to truly and effectively enable aviation decarbonisation.

Concluding his comments, the ACI Europe President took a global view. The overarching ambition of the industry now needs to be matched not only in European policymaking but at the level of International Civil Aviation Organization (ICAO), he said.

“We need ICAO to lead globally and set a long term carbon reduction goal for aviation that is firmly aligned with the Paris Agreement. The stakes for the forthcoming 41st ICAO Assembly this autumn have never been higher”.