Over the course of the past year, Budapest Airport has invested in a wide range of infrastructure and passenger experience developments. 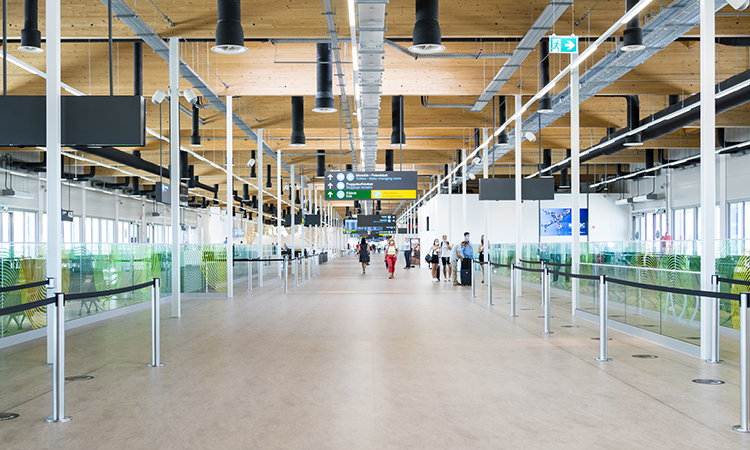 The last 12 months were decisive in the life of Budapest Airport (BUD), as the company completed several large-scale development projects and background developments which have made travel by air faster and more convenient; maintained the high level of safety and security; and further strengthened the regional significance of the airport.

Over the past year, the airport has spent €100 million on various infrastructure, capacity expansion and digital innovation projects. In spite of the negative impact of the coronavirus pandemic on the aviation industry, the development projects were not stopped. On the contrary, Budapest Airport managed to bring forward the implementation of several projects using the opportunity offered by such low levels of traffic.

The developments have resulted in a perceptible enhancement of the quality of passenger services, with the feedback that has been received demonstrating that the passenger experience is continuously improving. Budapest Airport is committed to the continued development of the airport going forward, which has a major role in ensuring sustainable operation and the continuous enhancement of passenger experience.

The three largest projects were aimed at infrastructural development: Pier 1 and the new baggage sorting hall were completed in 2020, and the BUD Cargo City was handed over at the end of 2019.

The new 11,500m2 passenger pier was completed on 23 June 2020, and was opened to passengers on 12 August 2020. Passengers can now spend their time before departure in a beautiful, comfortable and spacious environment that fully meets epidemiological requirements, at a stone’s throw from the aircraft stands. The new pier was completed in record time – 339 days – with a price tag of €33 million, all financed by Budapest Airport.

Following the installation of the baggage handling technology, the capacity of the entire baggage handling system will increase significantly, making it possible to simultaneously service an increased number of flights. The system that is being installed comprises a large number of elements that were produced in Hungary, thus supporting the national economy in multiple ways.

The new air cargo base was handed over in November 2019. The Cargo City is now operating at full capacity and, as the air cargo gateway to Central-Eastern Europe, it has served as a crucial strategic point in the fight against COVID-19.

The BUD Cargo City offers a professional environment and a competitive advantage for the air freight industry, and could provide a leading role in the region for Budapest Airport and the Hungarian economy, facilitating the serving of cargo traffic more efficiently than ever before by ensuring the cooperation of market players at the same time and at the same place. The new facility also provides a sound basis for further development; with its commissioning, the combined cargo capacity of the airport reached 250,000 tonnes per annum. The total project value was €50 million. 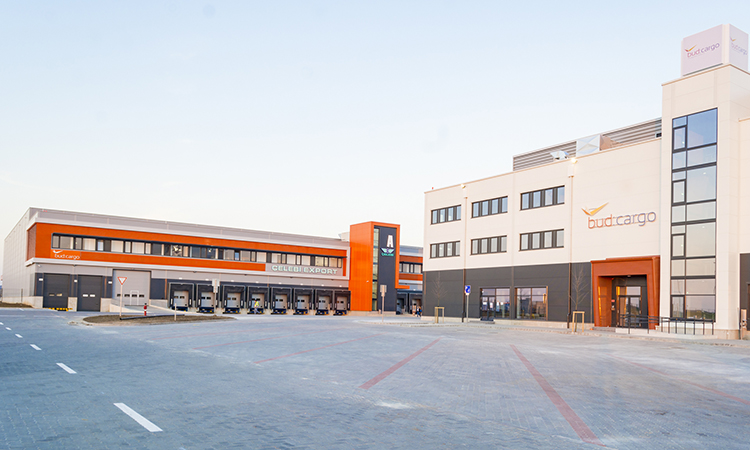 In 2020, the roundabout leading to Terminal 2 was also completed. Thanks to the two-lane turbo roundabout, road access to the airport has become safer and faster. The roundabout was implemented with the aim to effectively serve, going forward, both the increasing passenger traffic of Terminal 2 and cargo vehicles turning off towards the Cargo City.

Keeping up with the advancing trends of self-service and automation, Budapest Airport recently implemented a number of forward-pointing technical developments which make it possible for passengers, for instance, to perform baggage check-in and boarding procedures themselves. 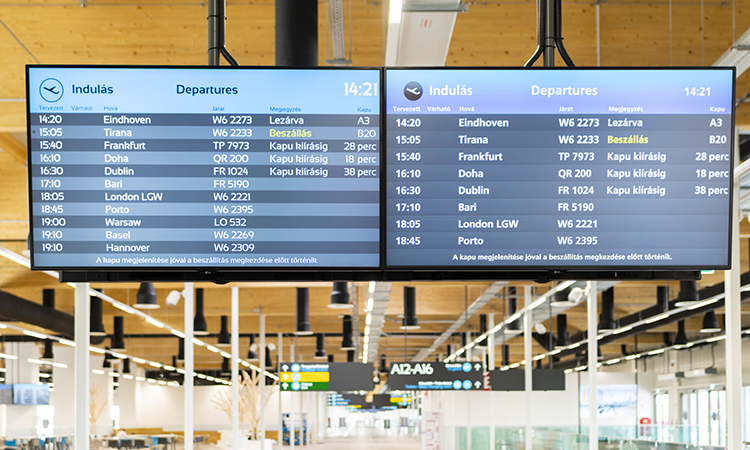 Sixteen bag tag printer kiosks have also been made available in the check-in hall of Terminal 2B, enabling passengers to check in their bags on their own within just a few moments when flying with airlines who already have joined the system, such as Wizz Air.

The introduction of the devices is currently continuing in Terminal 2A. All in all, the self-service option provides passengers with a quicker process, while minimising interaction with other persons, thus helping to make travelling even safer during the pandemic. 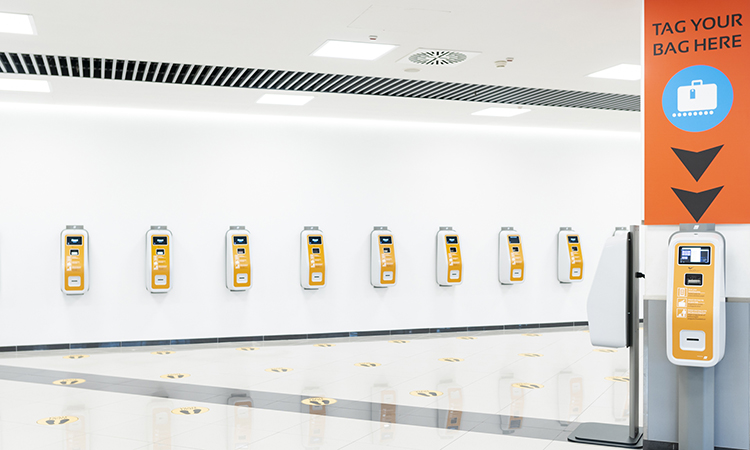 The process of passenger security screening has also been made smoother by an innovative new technology.

Larger electronic devices – such as laptops and hair dryers – no longer have to be removed from hand baggage, as the new software is able to accurately screen them inside the bags. This innovation has only been implemented at a handful of airports in Europe, and Budapest Airport is one of them.

In the second half of 2019, Budapest Airport and the National Police Command installed 12 automated passport control gates in the terminals.

Automated boarding gates were also implemented at some of the boarding gates of Terminal 2A, contributing to a quicker process with less human interaction and, ultimately, also increasing the safety of travel.

The new lanes are equipped with an automated system enabling the introduction of the most advanced method of screening cabin baggage, called remote screening. This allows X-ray image analysis to be performed offsite, in a quiet environment, for better concentration.

Over the past few years, bathroom capacity at the airport was increased by 70 per cent on average, having been doubled at the restaurants on the mezzanine level of the SkyCourt and, after the capacity expansions in Terminal 2A until 2016, sanitary blocks were also refurbished in the arrivals hall of Terminal 2B, where toilet capacity will be tripled once the works are completed.

The airport operator also used the period of low traffic for the continuous development of the airport environment.

The curbside – the area in front of the terminal building dedicated to parking, as well as passenger drop-off and pick-up – has been refurbished, and the floor tiles in the check-in hall of Terminal 2A have been replaced. The new light-colored floor creates a clear, simple and transparent space for passengers. 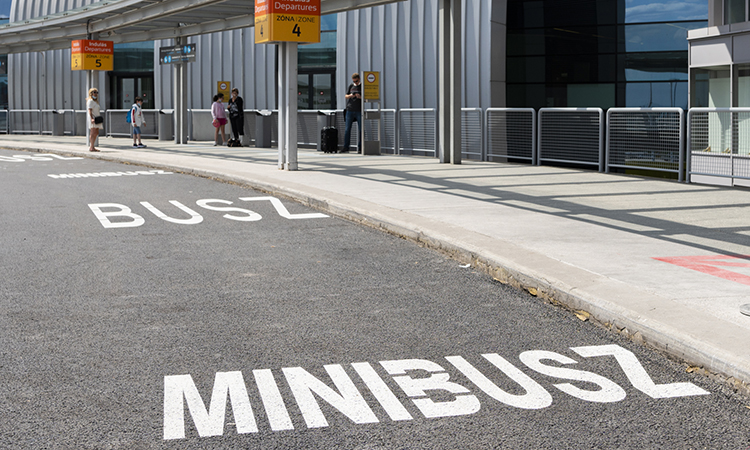 The walkway between the terminal and the Business and Terminal Parking area has been fully renewed, including nice landscaping and shelter against weather conditions.

Runways and the heavily used taxiways of the airport have also been refurbished in order to maintain aviation safety. The taxiway close to Pier B has been reinforced in preparation for welcoming back wide body aircraft soon. Works include the sustainable re-use of the former concrete layers, thus heavily reducing the need for new materials, as well avoiding construction waste.