Passengers want more control through their smartphones and shorter waiting times with the use of biometrics when travelling. 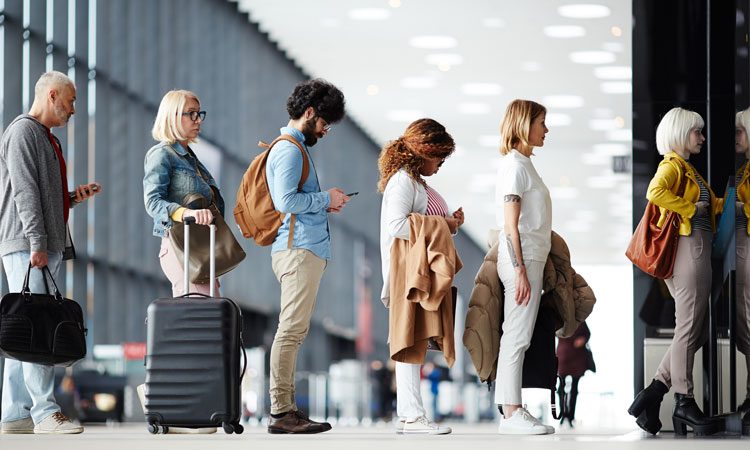 The International Air Transport Association’s (IATA) 2019 Global Passenger Survey has shown that passengers are looking to technology to improve their travel experience for more control and less waiting times.

The survey, which was based on 10,877 responses from passengers across 166 countries, identified some of the top passenger priorities as:

1. Having more personal control over their journey via their smartphone

Passengers want to use their personal device to control more aspects of their travel journey from booking to arrival.

An airline app was the preferred method of booking from passengers in North Asia and the second most popular choice among passengers in the Middle East. Booking through an airline website, although less popular than in 2018, remains the method of choice for most travellers globally.

More than half of passengers (51 per cent) said using a smartphone was their preferred method of check-in, which is a four per cent increase over 2018.

Most passengers (72 per cent) also wanted to be kept informed throughout their journey via travel notifications sent to their personal device. The survey also found that 83 per cent of passengers want to receive information on the status of their flight and 45 per cent would like information on their baggage.

2. The use of biometric technology to speed up airport processes

“Passengers are willing to share more personal information if it removes hassle from their travel experience,” said Alexandre de Juniac, IATA’s Director General and CEO. “But it’s clear that concerns over data privacy remain. While the majority of passengers want to use biometric identification instead of a paper passport, 53 per cent of those that did not, said they were concerned about the security of their data. Passengers need to be confident that their data is safe.”

The survey indicated that 80 per cent of passengers want to wait no longer than three minutes to drop off a bag. This increased to 10 minutes for queuing at immigration/customs for 79 per cent of travellers.

The survey also found that for nearly three quarters (74 per cent) of passengers, speed was the main benefit of using automated immigration gates/kiosks.

Passengers want on-board Wi-Fi with some 53 per cent of surveyed passengers finding that Wi-Fi is important to have.

Passengers identified airport security screening process and border control as two of their biggest pain points when travelling. Having to remove personal items was identified as a pain point by the most travellers (60 per cent), closely followed by the removal of laptops and large electronic devices (48 per cent) and variations in screening processes at different airports (41 per cent).