Following the ‘One Too Many’ campaign, individual airports reported a reduction in number of disruptive passenger incidents despite growth in passenger numbers. 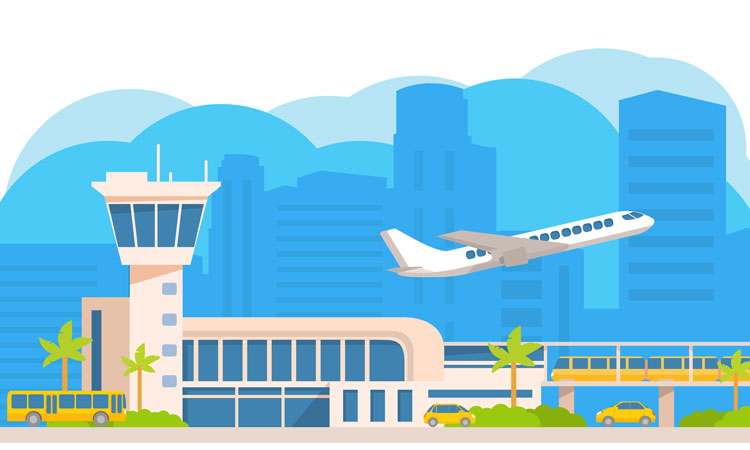 The UK Civil Aviation Authority (CAA) has revealed that the number of disruptive passenger incidents reported in 2018 has remained stable despite the surge in overall passenger numbers. There was a total of 415 incidents reported in 2016, 417 in 2017 and a slight drop to 413 in 2018. Alongside this, between 2016 and 2018, the numbers of passengers departing from Britain’s airports grew by 8.9 per cent.

The figures refer to any passenger incident threatening the safety of an aircraft, whether or not alcohol related. They count things like a passenger caught smoking in a plane toilet, whether drunk or not, and would capture aggressive behaviour toward cabin crew as a result of drugs or general frustration.

The CAA’s data shows that only 31 per cent of the incidents in 2017 were explicitly linked to alcohol. There are positive signs at both a national and local level with Glasgow Airport, for instance, reporting a 52 per cent decrease in outbound alcohol-related offenders.

At Heathrow Airport, there was approximately one incident of alcohol-related disruptive behaviour per million departing passengers last year, according to police figures.

The aviation industry has always taken the rare occurrence of disruptive passengers extremely seriously with penalties including being denied boarding, fines of up to £80,000 or jail for the most serious offences.

Passengers were reminded of this in 2018 as the aviation industry’s major trade associations representing travel retailers, airlines and airports, joined forces in a Government-backed public awareness campaign entitled ‘One Too Many’. The campaign first launched in July for a ten-week run with 10 pilot airports on board including Manchester, Gatwick and Glasgow. Due to its success, the campaign returned for a further 10 weeks in December with a redesigned Winter campaign and a further four airports on board including Heathrow and Liverpool John Lennon Airport.

The industry is committed to building upon the campaign and furthering other initiatives to eliminate the issue. At a local level, individual airports are continuing to run their own awareness initiatives such as Manchester Airport Group’s (MAG) Security Ambassador initiative, which employs dedicated in-terminal ambassadors at London Stansted to remind passengers of their responsibilities and rules around alcohol consumption. The scheme also provides a mechanism to report concerns to airport colleagues, and police where appropriate. Following the success of the trial at London Stansted, the scheme is now being considered to be rolled out across all MAG airports.

Francois Bourienne, Chair of the UK Travel Retail Forum, commented: “We are all pleased to see that the number of disruptive passengers is coming down as overall passenger numbers continue to climb at record rates. These numbers reflect the proactive and sustained work of retailers, airports and willing airlines to raise passenger awareness of the need to fly responsibly, and we will be continuing.”

Rafael Schvartzman, Regional Vice President for Europe at IATA, commented: “Airlines have always made use of existing laws and best practices to deter unruly passenger incidents. We hope that the industry’s information campaign is helping to increase public understanding of the serious consequences of disruptive behaviour in an airport or on board a flight. We will continue to work with our partners to stop this unacceptable behaviour.”

Karen Dee, Chief Executive of the Airport Operators Association, added: “The figures released by the CAA reflect the work undertaken by airports, retailers and airlines throughout 2018 to enhance the public’s awareness of the consequences of disruptive or disorderly behaviour. Staff and passengers deserve to fly without disruption and we look forward to working together as an industry to build on the success so far in preventing disruptive passenger incidents from occurring.”

Richard Stephenson, Director at the UK Civil Aviation Authority, said: “The UK Civil Aviation Authority has been working with the industry to lower the number of disruptive passengers incidents in airports and on flights. We welcome all efforts to reduce these incidents and encourage the industry to continue to work together to tackle this issue. Every passenger expects their flight to be enjoyable and trouble-free. Disruptive behaviour is totally unacceptable and can lead to prosecution, a fine, or a prison sentence of up to five years. The CAA calls on everyone to respect their fellow travellers and behave responsibly at all times.”