An autumn of discontent seems to be underway as workers at three international airports threaten industrial action. 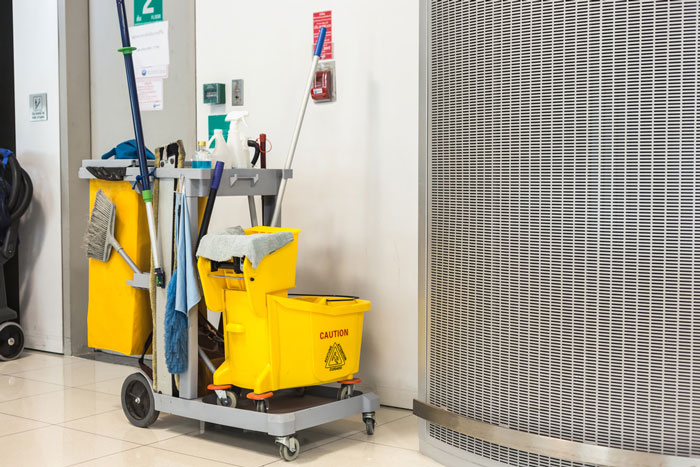 STRIKE SEASON: Cleaners at Manchester International will strike for the second time in four years

Cleaners at Manchester Airport have voted unanimously to strike in a dispute over pay.

More than 200 staff are employed at the airport, Britain’s third largest, by Mitie Cleaning and Environmental Services, 73 per cent of whom turned out to vote on Friday.

They are demanding a significant increase in their pay, which currently stands at £7.50 every hour, minimum wage, to just above living wage – or £8.45 – and an extra £1 an hour.

“A 100 per cent vote in favour of strike action should send a clear message to Mitie. It is time to negotiate or face the prospect of disruption to the smooth running of the airport, putting its reputation as the country’s best at risk.

“Workers are struggling to make ends meet on the minimum wage and are demanding a living wage to afford the basics like food and rent. It’s time for Mitie to become a living wage employer.”

“We will be working with Mitie to ensure the smooth and efficient running of the airport should the planned strike go ahead.”

In response to a series of questions posed by International Airport Review concerning the industrial action, a Mitie spokesperson offered the following response: “Mitie is actively engaging with Unite about proposed strike action at Manchester Airport. Mitie is fully committed to ensuring the continuity and delivery of cleaning services at Manchester Airport irrespective of any decision on strike action.”

This is not the first time Mitie’s cleaners at Manchester Airport have walked out. In May 2013, they went on strike about the company’s plans to cut their hourly paid lunch break from an hour to half an hour. This, they said, equated to a £69.50 pay cut per month.

Over the Irish Sea at Belfast Airport, baggage handlers employed by ground handling company Swissport have voted to strike over the dismissal of a union representative.

Quoted in the Belfast Telegraph, George Brash, a Regional Officer for the union, said: “This is a clear vote in favour of strike action – 60 per cent of our membership in the airport voted for strike action in a secret ballot conducted over the past weeks.

“This ballot was taken across all our members in the airport and we would anticipate that the strength of the vote would have been even stronger if we had taken it among the baggage handlers alone.

“The members, Unite in Northern Ireland and our UK-wide National Negotiating Committee are unequivocal in our support for this member. The actions of Swissport management are indefensible.”

In London Gatwick,  nearly 200 baggage handlers employed by Omniserv have begun balloting over strike action in a pay dispute. Though the workers are employed by Omniserv, Unite the Union understands that the company only works as a middle man and the contract is tendered by Red Handling, a subsidiary owned by Norwegian airline. It is therefore Red Handling who are the key decision makers in the dispute.

The union said that rather than offering a pay increase, Red Handling suggested that a company barbecue was a suitable alternative.

The ballot will close on Friday 13 October.

Unite Regional Officer Jamie Major said: “Workers want bucks, not burgers. Our members are not going to be palmed off with a few burnt sausages on a barbecue, instead of a pay rise. Our members need to be able to afford to eat every day.

“The annual pay rise was due in May. Since then, the employer has made a derisory offer which has been overwhelmingly rejected by our members.

“I have extended an invitation to meet with the company to avoid strike action, if it agreed to put a fair offer on the table, but even this overture that has been ignored.

“Omni Serv and Red Handling’s refusal to constructively engage in discussing an increase in basic pay shows that they are treating our members with contempt.

“Strike action will inevitably cause severe disruption for Norwegian’s passengers at Gatwick airport. Our members only consider taking strike action as a last resort. This dispute is of Red Handling and, therefore, Norwegian’s own making.

“This dispute can still be averted if Red Handling and Norwegian are prepared to ensure our members receive a fair pay offer.”

A passenger-first strategy at the heart of Toronto Pearson