Posted: 11 May 2022 | International Airport Review | No comments yet

Despite the impact of the COVID-19 pandemic, as well as the war in Ukraine, Fraport AG’s passenger demand in the first quarter of 2022 boosted revenue by 40.2 per cent year-on-year. 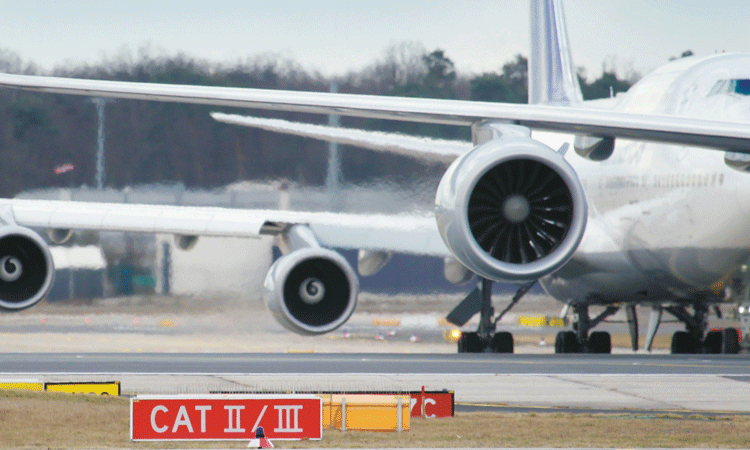 During the first three months of 2022, Fraport AG’s business performance continued to be affected by the COVID-19 pandemic, as well as the initial impact on aviation from Russia’s invasion of Ukraine. Nevertheless, the rebound in passenger demand in the reporting period boosted Group revenue by 40.2 per cent year-on-year in the first quarter of 2022. The Group’s operating result or earnings before interest, taxes, depreciation, and amortisation (EBITDA) grew even stronger by 75.9 per cent to €70.7 million. Due to one-off effects, the Group result (net profit) decreased to minus €118.2 million.

Fraport’s CEO, Dr. Stefan Schulte stated: “Despite the Omicron virus variant and new geopolitical uncertainties, a significantly higher number of people are travelling by air again. With passenger figures rising at our airports across the Group, the operating result improved significantly in the first quarter of 2022. For our home-base Frankfurt Airport (FRA), we remain optimistic because of the positive booking figures for the coming summer travel season. For the entire year, we expect to see between about 55 per cent and 65 per cent of pre-pandemic passenger volumes in Frankfurt. At the same time, the war in Ukraine is impacting our business as well – a war that we condemn in the strongest terms, as an unjustified attack on a sovereign state. One of the effects of this war are increasing prices, and we also are feeling the rise of inflation. Despite this, however, we continue to expect Fraport’s full-year business performance to be clearly positive. Therefore, we are maintaining our previously announced outlook.”

Although the spread of the COVID-19 Omicron variant still dampened passenger demand at many Group airports at the beginning of the year, the further lifting of travel restrictions largely supported ongoing passenger recovery across the Group during the first quarter of 2022. Frankfurt Airport served a total of 7.3 million passengers in the first three months of the year – an increase of more than 100 per cent compared to the same period in 2021. In contrast, cargo throughput (comprising airfreight and airmail) slipped by eight per cent year-on-year to 511,155 metric tonnes. Factors contributing to this decline included China’s ongoing COVID-related lockdowns, as well as reduced airspace capacity resulting from the war in Ukraine. The airports in Fraport’s international portfolio sustained their rebound in the first quarter of 2022. Most of the Fraport Group airports outside Germany gained more than 100 per cent in traffic year-on-year during the first quarter of 2022, with the exception of the two Brazilian airports (up 68 per cent, overall), Antalya Airport (AYT) in Turkey (up 82.5 percent) and Samos Airport (SMI) in Greece (up 95.2 per cent).

Fraport’s Group revenue climbed by 40.2 per cent year-on-year to €539.6 million in the first quarter of 2022. When adjusting for revenue from construction and expansion measures at Fraport’s subsidiaries worldwide (in line with IFRIC 12), Group revenue grew by 37.6 per cent to €474.4 million. Buoyed by the rebound in passenger traffic, Fraport’s operating result (Group EBITDA) soared by 75.9 percent year-on-year to €70.7 million. Group EBIT also improved from minus €70.2 million in the first quarter of 2021 to minus €41.3 million in the reporting period. The financial result was affected by two diverse non-recurring effects from at-equity subsidiaries. On the one hand, the financial result was positively impacted by the upward revaluation of the Xi’an subsidiary (with an accretive effect of €20.0 million), following the agreed divestiture of Fraport’s 24.5 per cent stake in Xi’an Airport (XIY). On the other hand, Fraport made a negative value adjustment of €48.2 million on a loan receivable from Thalita Trading Ltd. in connection with its minority-owned St. Petersburg subsidiary. This adjustment was mainly due to the increased default risk related to the loan. Reflecting both of these one-off effects, the Group result (net profit) dropped to minus €118.2 million.

After conclusion of the first quarter, Fraport’s executive board is maintaining its outlook for the current 2022 business year. In Frankfurt, Fraport expects to achieve a passenger volume of between about 39 million and 46 million for the full year 2022. This represents up to 65 per cent of the passenger traffic seen at Germany’s largest aviation hub before the pandemic. Fraport‘s majority-owned airports worldwide are expected to achieve even stronger dynamic growth. Group revenue is projected to reach some €3 billion in fiscal year 2022. Group EBITDA is forecast to range between about €760 million and €880 million. The Group result (net profit) is also expected to be clearly in positive territory, ranging between about €50 million and €150 million.