Lufthansa Group, Fraport, and Munich Airport, have announced their support for the EU’s ambitious climate protection goals, driving forward decarbonisation in aviation by 2050. 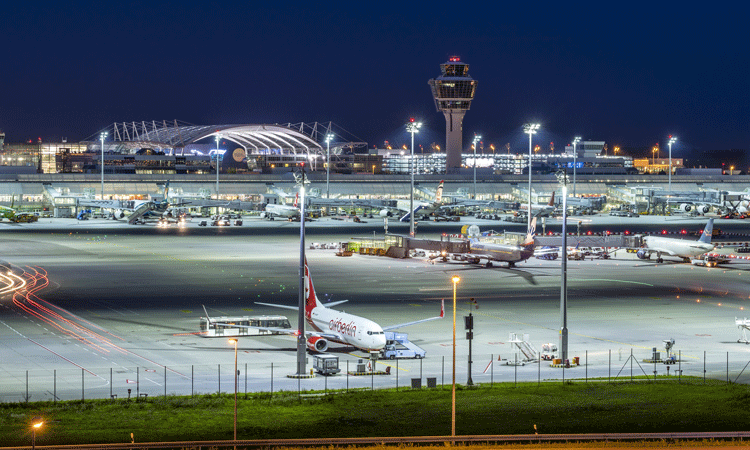 In its climate protection package, ‘Fit for 55’, the European Commission proposes three measures for aviation: introducing a kerosene tax, tightening emissions trading (ETS), and introducing an increasing blending mandate for sustainable aviation fuels (SAF). By 2050, aviation is to be CO2-neutral.

Lufthansa Group, Fraport, and Munich Airport (MUC) all support the EU’s ambitious climate protection goals and are pursuing a well-defined climate protection agenda while driving forward the decarbonisation of operations involving high cost investments. At the same time, all three German aviation companies are calling for a climate policy that ensures a level playing field for all, i.e., that includes competitors outside Europe. A policy is needed that prevents traffic and CO2 emissions being shifted without a climate benefit (carbon leakage).

This was explained by Jost Lammers, CEO of Flughafen München GmbH, Dr. Stefan Schulte, Chairman of the Executive Board of Fraport AG, and Carsten Spohr, Chairman of the Executive Board of Deutsche Lufthansa AG, at a joint press conference in Frankfurt. If the current ‘Fit for 55’ plans were implemented without appropriate changes it would result in a unilateral cost increase for European network airlines and hubs. Connectivity, value creation and employment in Europe would be significantly weakened.

It is why Lufthansa Group, Fraport, and Munich Airport appeal to the EU Parliament and Council to improve the proposals of the EU Commission and initiate a regulation that promotes effective climate protection while maintaining the competitiveness of European hubs and airlines. Equal treatment of airlines and airports within the EU and their non-EU competitors is crucial. Until now this has been missing. Since proposed climate protection requirements are decidedly stricter for EU airlines and hubs than for non-EU competitors corrective steps are necessary.

Spohr said: “It cannot be in the interest of the EU and Europe to put European aviation at a disadvantage with ‘Fit for 55’ and thereby weaken its international competitiveness. The carbon emissions of aviation would be shifted and not reduced with the measures that are currently planned. As a result, Europe would become more dependent on third countries regarding transport policy. This cannot be the intention of policy makers.”

Dr. Schulte added: “Yes, we need more effort and speed in climate protection! It’s not a question of ‘whether’ but one of ‘how’ to pursue ambitious climate policies. As such, we want to avoid the risk of carbon leakage and of competitive distortions. In other words, achieve effective climate action and maintain connectivity and employment in Europe.”

“We need a fair and effective climate policy that does not put European airlines in a worse position than their competitors. A mere kerosene tax does not save a single gram of CO2. However, emissions trading and the SAF blending mandate, properly implemented do and are effective instruments for the desired decarbonization of aviation,” concluded Lammers.