At Berlin Brandenburg Airport’s Supervisory Board first meeting of 2022, the airport has announced that it is prepared for a soar in passenger and air traffic recovery and further company developments. 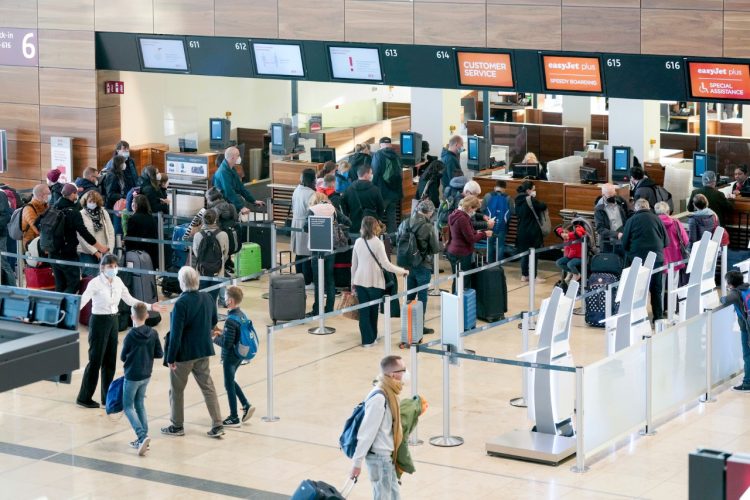 At its first meeting in 2022, the Supervisory Board of the airport company dealt with the preparations for the expected recovery of air traffic and the medium- and long-term financial development of the company. It was also discussed what impact the Ukraine war has on air traffic and what the company can do to support the shareholders Berlin and Brandenburg in accommodating war refugees.

At the beginning of the Supervisory Board meeting, Andreas Igel, Mayor of Ludwigsfelde, and Oliver Igel, District Mayor of Treptow-Köpenick, presented the ‘Joint Structural Concept of the Berlin-Brandenburg Airport Region’. The concept developed on behalf of the ‘Dialogforum Airport Berlin Brandenburg’ aims to develop the region sustainably. The two mayors emphasised that the future development of the airport region and Berlin Brandenburg Airport (BER) are directly related.

The management then reported to the Supervisory Board on the status of the optimisations in Terminal 1. The more than 20 projects presented, most of which will be completed in 2022, improve operational processes and thus largely serve to directly or indirectly increase the quality of service for passengers.

With regard to the expected development of air traffic, the management explained that all major airlines at BER are recording increasing flight bookings and continue to expect a major catch-up effect in the case of cancelled holiday and business trips due to the pandemic. Around 60,000 passengers are expected daily for the Easter holidays, about 20 per cent of them in the new Terminal 2. The resumption of the long-haul service to Newark (New York) on 28 March 2022 and the new connection to Washington from 27 May 2022 were also presented.

In addition to the regular financial reporting, the management reported on the EU state aid procedure, which was successfully concluded at the beginning of February 2022 and enables the shareholders to support FBB with around €1.7 billion. By compensating for the COVID-19-related losses, the subsidies represent an important part of the partial debt relief with which FBB wants to become economically independent again by 2026 with a corresponding recovery in traffic.

Aletta von Massenbach, CEO of Flughafen Berlin Brandenburg GmbH said: “Together with all partners at the airport, FBB has prepared well for increasing passenger numbers. We are now looking forward to welcoming passengers at Terminal 2 from the end of March 2022 and flying from BER to the U.S. for the first time. Although the financial situation remains tense, we have made important progress towards consolidation. We must continue on this path.”