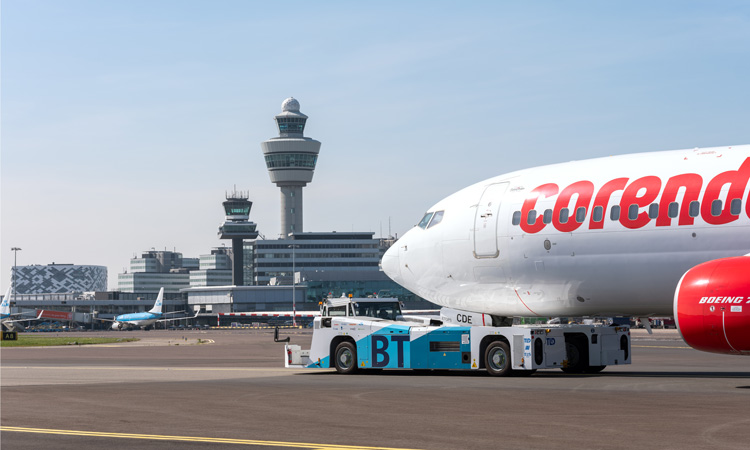 Amsterdam Airport Schiphol (AMS) and its partners have announced that they are to begin a sustainable aircraft taxiing trial at the airport, involving aircraft being brought to the runway by a special tow vehicle – known as the ‘taxibot’ – which allows for aircraft engines to mostly remain turned off during taxiing. 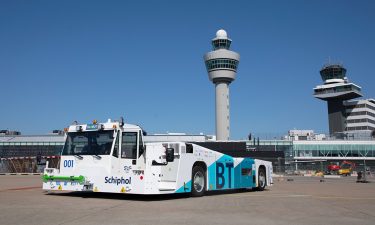 Credit: Amsterdam Airport Schiphol – The new ‘taxibot’ being trialled at the airport

Head of Innovation at the Royal Schiphol Group, Hassan Charaf, said: “This study aligns with our ambition to be the world’s most sustainable airport. We are continuing with this important test despite the situation that the corona crisis has caused. This unique vehicle will be at our disposal until at least June. I am proud that Schiphol and its partners are investigating what sustainable taxiing at Schiphol can mean.”

The trial has begun by undertaking tests of the taxibot, towing an empty Corendon plane to various runways. If the tests are a success, the trial will begin using operational aircraft in the next phase.

Freek van der Pal, Managing Director of Corendon Dutch Airlines, said: “This project is a perfect fit within our sustainability policy. Our ambition is to reduce CO2 emission levels and to work together with our partners to make the aviation industry more sustainable. We are also very proud to be the first airline to test out the ‘taxibot’. That suits our entrepreneurial nature and our pioneering spirit. The first tests with our plane went well. Therefore, we hope for a positive outcome from the trials and that we and our partners can roll it out in the near future.”

The tow vehicle is one of only 10 in the world. Powered by a hybrid combination of electric and diesel engines, the vehicle consumes 95 per cent less fuel when taxiing than aircraft engines would normally use. Schiphol expects to achieve a total saving of 50-85 per cent on fuel consumption during taxiing, as engines need to warm-up for a few minutes before departure.

Measurements will be taken during the testing phase to see what fuel savings can be made when in practice, which can then be used to reduce emissions at the airport. Departing aircraft take a total of 14 minutes to taxi, whereas arriving aircraft take approximately nine.

The trial will last until June 2020 and is part of a feasibility study into sustainable taxiing at Schiphol Airport. Some of the items being investigated include how sustainable taxiing can be integrated into daily operations, whether it is achievable on a large scale and how long and in what time period the transition phase should be.