What role must Gatwick play in UK post-Brexit progress? How does Gatwick manage on the single runway? What are the greatest challenges we face in aviation? CEO Stewart Wingate speaks exclusively to Roy Manuell, Junior Editor… 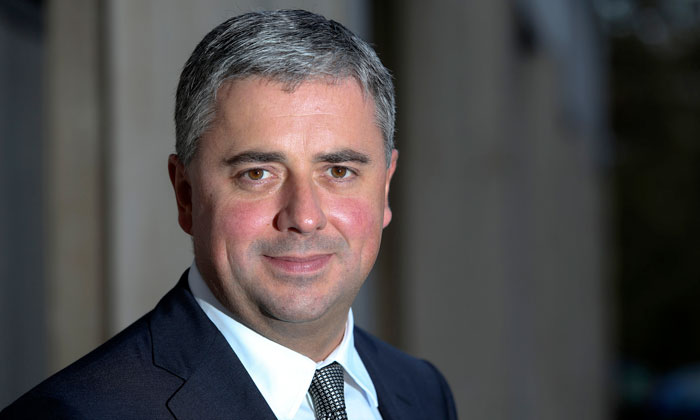 Congratulations on the consistent rate of staggering growth at Gatwick. Is there a particular aspect to which you wish to attribute the successful operation of the world’s largest single runway airport?

A mixture of cooperation and team work. By this I mean that between all of the Gatwick teams and cooperation with the various organisations that operate the airport, be they on airfield, in the terminals or working behind the scenes.

Our growing traffic and passenger numbers only happen because we continue to operate the world’s most efficient runway. To do this Gatwick’s various airfield teams, airlines and ground handlers work together seamlessly. In fact, we even base them all in one room so they all make good joint decisions and better choices quickly, which can be vital at peak times when aircraft use the runway every 55 seconds.

We do this right across the airport with a wide variety of teams working closely to try and make our passenger’s journeys as seamless as possible.

Onto the topic of expansion. Moving on from the government’s decision in the summer, how will Gatwick go about convincing those it needs to, that the expansion of both Gatwick and Heathrow should be a priority?

While we recognise the Government’s position on Heathrow, we have consistently said that we stand ready to expand should the Government choose to give us the green light.

The opportunity is still on the table to unlock new investment for Britain, bearing in mind that the Airports Commission concluded that Gatwick expansion is “plausible, financeable and deliverable”.  It is also by far the most environmentally responsible, simplest, cheapest and fastest option.

The question of sustainability remains a difficult one for airports and aviation to answer – but Gatwick’s reputation precedes it. What more can the airport do to ensure sustainable development moving forward with increasing passenger numbers?

Sustainability has played a central role in Gatwick’s transformation ever since the airport became independent from BAA in 2009 and we have set ourselves the ambitious target of becoming the UK’s most sustainable airport.

Gatwick’s sustainability strategy drives this ambition and sets ambitious targets for 2020. Since launched in 2010, the airport has grown from 31 million to 44 million passengers a year, yet Gatwick’s environmental footprint today is the same or smaller than in 2010, making this growth close to neutral environmentally.

But we know that we have to continually find new ways to reduce any harmful impacts we might generate, not least if we are to maintain the ongoing trust of our local stakeholders.

New innovations are key to achieving this and we will have to introduce more projects like our world first waste plant which allows us to dispose of Category 1 airline waste on site and convert it – and all other organic waste – into energy to heat airport facilities.  We also brought responsibility for sorting waste in-house to maximise the recycling rate –boosting it from 52% in 2016 – the highest for UK airport – to 60% this year.

Watch this space for news on more innovations…

What role must the UK airport and aviation network play in ensuring economic progress in a post-Brexit environment?

Successful airports and airlines have always been vital to the economy, but Brexit amplifies their significance particularly as the UK readjusts and focuses attention on exporting goods to global destinations beyond Europe.

Key to the recent success of UK airports has been the introduction of competition and it is important that this continues post-Brexit. Competition has seen airfares fall and allowed other UK airports to introduce long haul networks of their own. This means that businesses across UK regions can get goods to markets across the globe more easily and cheaply from their local airport, which may help give them a competitive edge.

Finally, what does the next year look like for Gatwick in terms of innovations and new projects?

This coming year is likely to be our busiest ever in terms of passenger numbers and traffic. It will also be our biggest year of investment with a £240 million planned spend over the next twelve months, which is part of our overall £2.5 billion transformation programme.

Much of this investment will be about driving future growth from the clever use of existing infrastructure, both inside our terminals, and outside on the airfield, while also investing in technology and efficient processes.  As we transform the airport it’s important we remain focused on what people want.

For example, we have just redesigned our North Terminal security, halving the time it takes passengers to pass through, with 96% saying they were very or fairly satisfied with the process. Initiatives like this allow us to handle greater number of people, while also reducing queue time.  Equally we’ve recently built and opened the world’s largest self-service bag drop zone in our North Terminal.

This allows both short-haul and long-haul passengers to tag their own bags, significantly reducing queues and speeding up the processing part of the journey.  It puts the passenger in charge of their time at the airport and potentially allows for more dwell time in the IDL which is good for our retail outlets.

We are looking at introducing more new technology and clever processes like this and we are currently focused on carefully modelling passenger and aircraft flows and looking at how we can use existing space and infrastructure better.

For more insight from the senior team at Gatwick, see here.