As of November 2021, VINCI Airports operates 45 terminals worldwide. By the beginning of 2022, there will be 52, and 16 of them will be in Latin America and the Caribbean. The expertise and knowledge of the French company has led to major breakthroughs in each of the airports it manages in the region. VINCI Airports explains more to International Airport Review. 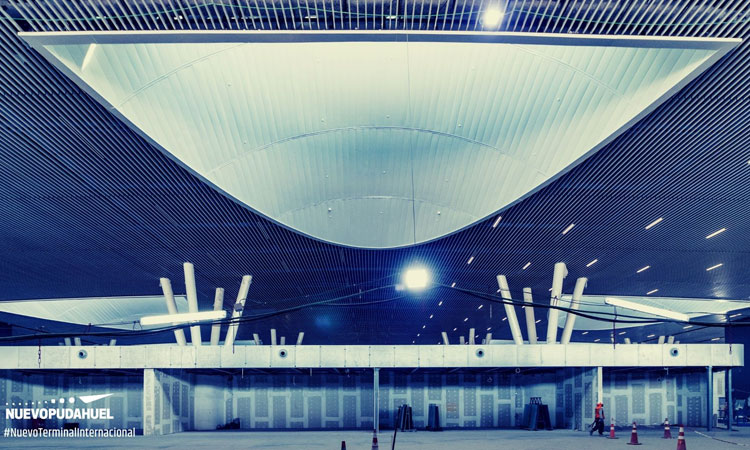 In Chile, a massive 200,000 square metre new international terminal will triple Arturo Merino Benítez International Airport, also known as Santiago de Chile Airport (SCL) by the end of 2021, while in Brazil, Salvador Bahia Airport (SSA) has become the most sustainable of the country for two years in a row. Costa Rica and Dominican Republic’s airports are returning to pre-COVID-19 pandemic flight figures, and for the first time in history, Santo Domingo’s airport, Las Américas (SDQ), has surpassed Punta Cana (PUJ), passenger-wise. More is yet to come though, when by the beginning of 2022, VINCI Airports starts the operation of seven airports in the north of Brazil, including Manaus International Airport (MAO). 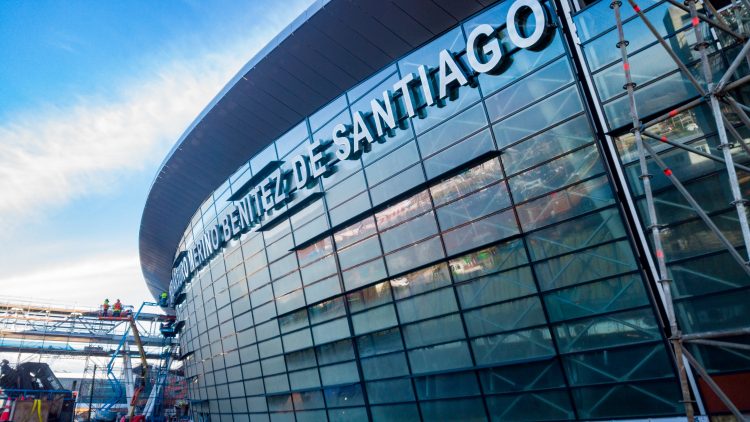 A new hub for Santiago, Chile

In 2015, VINCI Airports was awarded the concession for the construction and operation of a new international terminal at Santiago Airport, in collaboration with Groupe Aéroports de Paris and Astaldi Concessioni. One of the main objectives was to attract new companies to continue to democratise air travel, in collaboration with the Chilean government.

The advantage of belonging to the VINCI Airports network facilitated the arrival of new international airlines (Emirates, LEVEL, and British Airways), but also the arrival of JetSmart, an airline that introduced the low-cost model in the country.

But, the best is yet to come, as the $1 billion investment – the largest in concessions in Chile in the last 20 years – to construct the new international terminal, is about to be delivered to the Chilean government. VINCI’s integrated model (project owner, VINCI Airports, and construction group, VINCI Construction Grands Projets, and Astaldi Construction) gave birth to Chile’s first ‘full BIM’ project, where engineers could review every detail of the building, constructed in one of the countries with the most earthquakes on earth. The video below outlines how the future international terminal at SCL will be built to withstand the seismic activity that the region is prone to.


New technologies installed in the new international terminal provided the bases to obtain Airport Carbon Accreditation Level 2, by ACI. SCL managed to reduce its emissions by 11 per cent because of the modernisation plan led by VINCI Airports, as the terminal will produce its own carbon-free energy, because of the construction of an 825,774kW photovoltaic power plant. All lighting was replaced with LEDs along with several environmental initiatives, such as a tree donation plan by passengers, the installation of electric bicycles on boarding bridges to charge devices using kinetic energy, a new recycling programme and complimentary electrical vehicles chargers in the new parking buildings. All of this to reach the goal of reducing the carbon footprint by 40 per cent by 2030 and reaching zero net CO2 emissions by 2050. 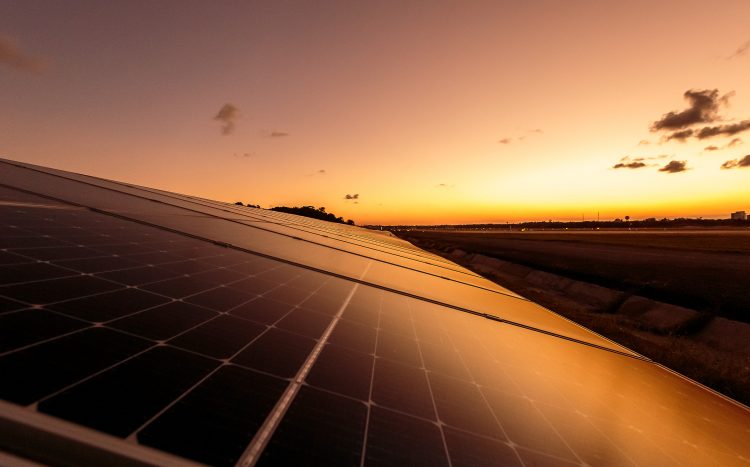 The most sustainable airport in Latin America’s largest country, Brazil

Salvador Bahia Airport has been part of the VINCI Airports network since 2 January 2018. The airport has incorporated global operating standards, seeking to deliver more efficiency, safety, and a better travel experience for its passengers. An investment of $125 million increased its capacity by 50 per cent, from 10 million to 15 million passengers per year, and turned Salvador Bahia airport into a pioneer in sustainability. Appointed by ANAC (National Civil Aviation Agency) as the most sustainable in Brazil for two consecutive years, the airport was the first in the country to have a solar plant, to adopt a zero-landfill policy and not to release effluents into the environment. The adoption of the circular economy concept is also noteworthy: 100 per cent of its solid waste is recovered and sent for recycling or to another environmentally correct disposal, and there are several water reuse initiatives in progress. In addition, rigorous work in fauna management has helped to reduce the number of collisions between birds and aircrafts, increasing the safety of landings and take-offs, and helping to preserve the local biodiversity.

The management of the northern airports will be guided by one of the most relevant values for VINCI Airports, namely the commitment to a solid environmental agenda”

Also, for the second year in a row, Salvador Bahia Airport was recognised with the Via Viva award, which is granted by the Ministry of Infrastructure of Brazil, as it received the highest score on the Environmental Performance Index (IDA) for the transport and infrastructure sector. The IDA evaluates socio-environmental management practices and verifies the quality of the evolution of the sector’s commitment, serving as a parameter to assess the effectiveness of sustainability programmes. These achievements are the result of VINCI Airports’ global environmental strategy that is consistently deployed on all its 45 airports with the ambition to reach carbon neutrality by 2050. VINCI Airports’ recent initiatives include introducing Sustainable Aviation Fuel (SAF) for the first time at London Gatwick Airport (LGW) and launching a partnership alongside Airbus and Air Liquide, to promote the use of hydrogen and accelerate the decarbonisation of the aviation sector in Lyon Saint Exupéry (France).

In January 2022, VINCI Airports will take over Amazonas airports gradually, after a transition period along the current administrator. The management of the northern airports will be guided by one of the most relevant values for VINCI Airports, namely the commitment to a solid environmental agenda. In addition to ensuring operation and maintenance, and modernising terminals and runways, VINCI Airports intend to implement environmental policies, already using its expertise, which has guaranteed the recognition of Salvador Bahia Airport as ‘Brazil’s most sustainable airport’ for two consecutive years.

VINCI Airport’s experience will be fundamental for optimising operational performance, modernising infrastructures, and leading the environmental transition in each of the airports granted by the federal government. It is in VINCI Airport’s DNA to manage efficient and environmentally friendly airports that generate positive impacts on the economies in which it operates. 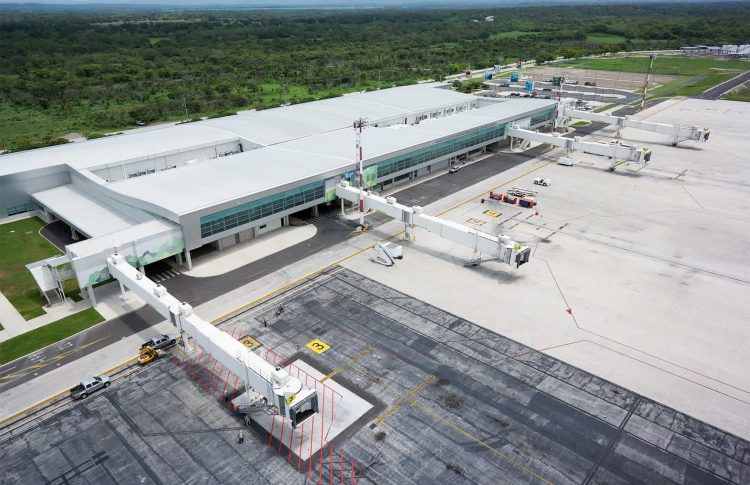 Since 2018, Guanacaste Airport (LIR) has been a member of the VINCI Airports network and has managed to implement the best practices of international terminals, such as complimentary Wi-Fi, attract worldwide retail and restaurant brands, and recovering its connectivity in a difficult era where a global pandemic has paralysed air traffic.

Until July 2021, the terminal was known as Daniel Oduber Quirós International airport, but by the end of the month, it presented its new image and commercial brand called Guanacaste Airport, designed to match and increase Guanacaste’s heritage and unmatchable culture of respect for its pristine nature.

In this year’s ACI Customer Experience Global Summit ceremony, Guanacaste Airport was awarded as the ‘Best Airport in Latin America and the Caribbean’ in the category of less than two million passengers. This was the third year in a row that Guanacaste Airport received the award since joining the VINCI Airports network and bringing into action its global strategy for passenger experience. The ‘Best Airport in the Region’ highlights aspects such as quality, safety, hospitality, and the human warmth of the world-renowned ‘pura vida’ spirit that welcomes tourists. These characteristics have been maintained even during the sanitary measures against COVID-19.

The fine equilibrium between connectivity and the protection of passengers and Costa Ricans from the pandemic was one of the main objectives of VINCI Airports and Guanacaste’s authorities. The joint effort brought results as by August 2021, the airport was receiving the same volume of flights as in 2019. In addition, November, opening month of the high season, started with five new routes: Austin, Texas; Chicago, Illinois; Orlando, Florida; Denver, Colorado, and Edelweiss Air’s triangular flight from Zürich. 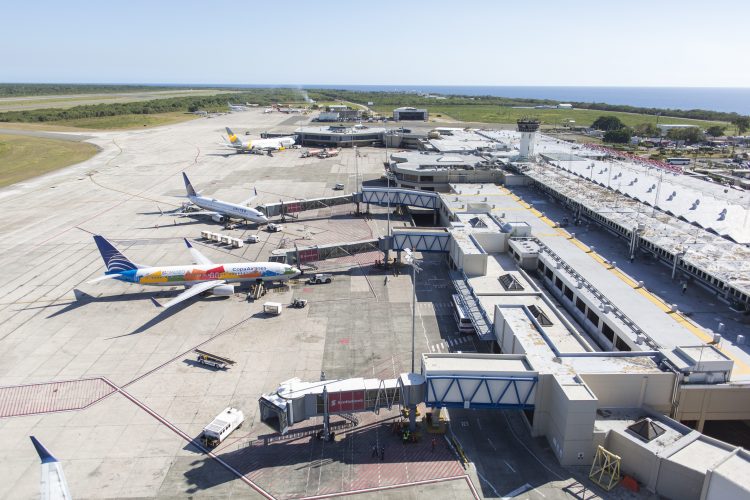 Dominican Republic’s growth despite the pandemic, and the embrace of sustainability as a core value

“We are delighted to receive this recognition, which demonstrates our commitment to offer flawless, customer-friendly and enriching service. With the support of VINCI Airports, we will continue working to improve the quality of service that all our users receive,” said Mónika Infante, CEO of Aerodom, when Santo Domingo Airport was recognised as one of the 10 best airports in Central America and the Caribbean by Skytrax in August 2021. This award has been part of Aerodom’s DNA since joining the VINCI Airport network in 2016, receiving it three years in a row.

In line with the global environmental strategy of VINCI Airports, Aerodom has placed a special focus on the environmental management of its terminals, protecting biodiversity, reducing water consumption, facilitating the classification, and recycling of waste, reducing consumption of energy and taking advantage of renewable energies. Between 2017 and 2019, the six airports managed by the company reduced their CO2 emissions per passenger by 20 per cent, equivalent to 1,500 metric tonnes per year, despite the growth in passengers and operations experienced during the period. Currently, Aerodom has photovoltaic generation parks in all its facilities with an installed capacity of 6.8MW, being the main private solar energy self-generator in the country.

Connectivity wise, in July 2021, Las Americas Airport surpassed Punta Cana’s Airport in volume of passengers, and in October 2021 non-resident tourists in the country exceeded pre-pandemic figures by 19 per cent. In November 2021, Aerodom welcomed Sunwing Airlines, which made its maiden flight from Toronto, and by the end of the year, Nordwind Airlines has scheduled 10 flights from Moscow to Puerto Plata and Samana airports.