Ritva Viljanen, Mayor of the City of Vantaa, speaks to International Airport Review about Avia Network’s pioneering climate commitment, the Green Deal Manifesto, which is creating sustainable aviation and tourism together with its stakeholders in the Helsinki-Vantaa region in Finland. 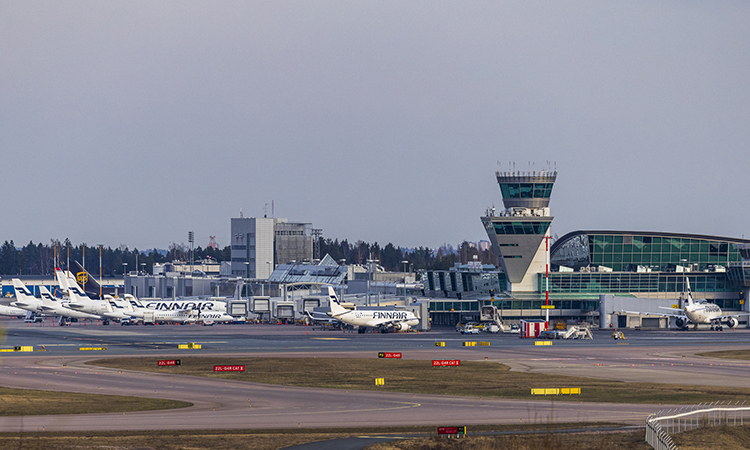 Finland’s national and Helsinki-Uusimaa’s regional goal is to be carbon neutral already in 2035, but the City of Vantaa – as well as the Avia Network – aims to reach this goal as early as in 2030. By committing themselves to new goals, tourism and air traffic will arise from the crisis more sustainable and vigorous than before.

Parties interested in airport areas and their functions have established the Avia Network, which launched its climate commitment – the Green Deal Manifesto – at the end of March 2021 in Finland. We wish to be a global forerunner in promoting clean and smart mobility. This commitment is the first of its kind, signed by a group of public and private actors. It is the first time that a manifesto on sustainable growth has been issued by such a large group of actors. Regional enterprises, organisations and public actors plan to come back even stronger after the pandemic crisis.

We do not want to arise from the crisis by any way whatsoever: we wish to be more sustainable than before”

“Our commitment to sustainable growth includes environmental and comprehensive employment issues, as well as national competitiveness,” said the Mayor of the City of Vantaa, Ritva Viljanen, who emphasised that the airport area is an important economic growth driver, the future of which needs to be secured.

“The figures have not paralysed us; we are already looking toward the time after coronavirus, toward a new rise, when air traffic will return and when climate issues will become key. The importance of environmental values will become more and more important and significant when making choices regarding sustainable transportation. We do not want to arise from the crisis by any way whatsoever: we wish to be more sustainable than before,” she added.

Helsinki-Vantaa International Airport is an important green route hub between Europe and Asia. The green route with the lowest emissions is also used by various cargo and logistics companies, and the emission reductions compared to competing routes can be counted by dozens of per cent. A significant environmental contribution is a competitive edge. Helsinki-Vantaa International Airport, with its surrounding area, strives to be the best in Europe when it comes to environmental friendliness and health safety.

“By shared strong efforts, air traffic will rise from the crisis much more sustainable and competitive than before. We can make it in cooperation with local, national and international actors and decision makers,” points out Viljanen.

We cannot change the world ourselves. Cutting emissions from traffic, climate-neutral travel and green growth all demand investments, encouraging regulations and partnering. The members of the Avia Network are committed to the carbon-neutrality goal, environmental efficiency and promoting circular economy.

The area of Helsinki-Vantaa Airport is vital for the sustainable growth of Finland as a whole. We have already taken many steps toward sustainable development and we will do even more to ensure a carbon-free future.

Members of the Avia Network have done a lot towards our common goal – to cut emissions for a sustainable future. The key achievements are as following:

Arriving at the airport in an environmentally friendly manner

You can access Helsinki-Vantaa Airport flexibly and environmentally friendly by utilising public transport and a combination of different modes of transport. We are promoting the creation of low-carbon travel paths to make it as easy and as flexible as possible for passengers to make the journey from their home to the airport. Public transport in the metropolitan area will be almost completely emission free by 2025.

The Vantaa light rail project, which will be completed in 2028, will interconnect the metropolitan area’s rail traffic by introducing a flexible connection between subway routes, the airport and the mainline, thus improving the accessibility of the region and the public transport network. Increasing the amount of rail traffic is a part of the solution to attain the emission-reduction goals set for traffic.

Finavia’s activities at the airport are carbon neutral; according to the industry standard, activities have been carbon neutral since 2017. Airports’ CO2 emissions are mostly caused by heating, cooling and other electricity consumption (such as lightning), as well as vehicles’ energy consumption. Finavia has cut down these emissions by, among other things, increasing the use of renewable energy, improving energy efficiency and compensating for the emissions that cannot yet be avoided. Finavia’s next goal is to reach zero emissions in all the company’s operations across all of its airports. This requires that emissions be cut to zero or that residual emissions be removed from the atmosphere.

Finnair is committed to cutting half of its net emissions by the end of 2025 from the level of 2019, and the company aims to be carbon neutral by 2045, at the latest. In its climate goals, Finnair is one of the most ambitious carriers in the world. At the same time, Finnair wants to ensure the health of its passengers and personnel during and after the coronavirus pandemic: safety is always of the utmost importance to the carrier.

Restaurant and accommodations services are responsible

Members of the Avia Network that provide catering services favour climate-friendly food, as well as local and organic products, and they strive to minimise the amount of food waste – without compromising taste. The hotels of the network save water and energy, as well as reduce their amount of waste. Whatever waste can be recycled, will be recycled.

Freight traffic and logistic services utilise Helsinki-Vantaa’s position as a hub between Europe and Asia: freight between the two continents use the shortest and lowest-emission route. Finnair’s new fuel-efficient fleet, tight cooperation with land-traffic operators and the world’s first environment-certificated cargo terminal also help to reduce freight traffic emissions. In the future, energy efficiency will increase thanks to emission-free energy sources and digitalised services.

With our joint climate commitment, we want to address the criticism of air traffic and tourism and show that air traffic and airport environments can promote a green transfer and carbon neutrality, both now and in the future”

With our joint climate commitment, we want to address the criticism of air traffic and tourism and show that air traffic and airport environments can promote a green transfer and carbon neutrality, both now and in the future. The area of the Helsinki-Vantaa Airport is vital for the sustainable growth of Finland as a whole. Cutting emissions from traffic, climate neutral travel and green growth demand investments, encouraging regulation and partnering between all the actors. Together, we can create a new kind of responsible tourism and traffic which respects the environment and creates new jobs and wellbeing. In addition, we wish to encourage our partners and passengers to share this goal with us.

The Green Deal Manifesto was published by the Avia Network, with more than 30 members from both the public and private sector. The Network promotes the success and competitiveness of Helsinki-Vantaa International Airport as one of the best airports globally, including transit airports.

Ritva Viljanen has served as the Mayor of the City of Vantaa since March 2018. Before her mayorship, she held several positions in public administration. She has worked as the Deputy Mayor of Education at the City of Helsinki; the Permanent Secretary at the Ministry of the Interior; Ministerial Adviser at the Ministry of Finance; Legislative Counsellor at the Ministry of Justice; Ministerial Counsellor at the Ministry of the Interior; the Director-General of the Population Register Centre; and as a Senior Advisor at the Finnish Innovation Fund Sitra. As for her educational background, Mayor Viljanen is a Master of Social Sciences (1981) and Master of Laws (1987). She studied both of her degrees at the University of Turku. She has also been a member of the Airport Regional Council (ARC) Executive Committee since 2020. 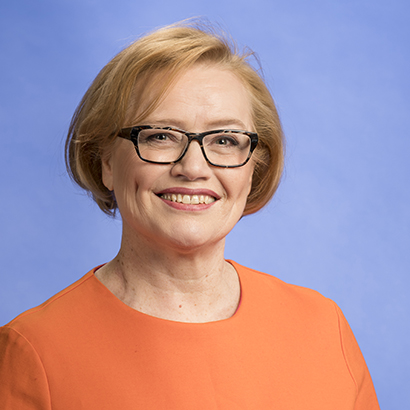