The true cost of the COVID-19 crisis for aviation: Its people

The European Transport Workers’ Federation (ETF) is the largest organisation representing aviation workers in Europe. In an article for International Airport Review , Eoin Coates, Head of Aviation at ETF, highlights the impact of the coronavirus pandemic on aviation’s workerforce, and calls on the European Commission to act now to protect the industry’s most vulnerable. 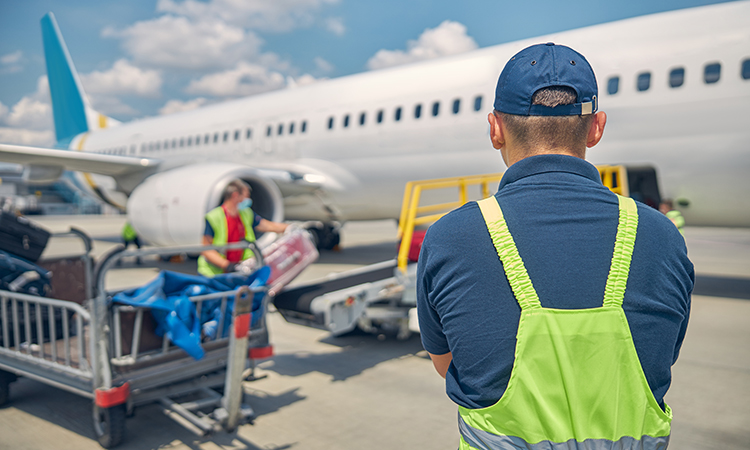 In a recent survey of aviation workers, we have estimated that 58.5 per cent of airport-based workers are out of work, either on furlough or have lost their jobs entirely”

The European Transport Workers’ Federation (ETF) brings together workers across all sectors of the industry – namely cabin crew, pilots, ground staff and workers in the air traffic management (ATM) sector. All of them have been affected and have seen their working hours reduced, jobs furloughed and, for many, their entire livelihoods disappear. In a recent survey of aviation workers, we have estimated that 58.5 per cent of airport-based workers1 are out of work, either on furlough or have lost their jobs entirely. Additionally, we know that 191,000 European aviation workers have lost their jobs, but, due to the nature of seasonal work, and prevalence of temporary and other atypical forms of work in aviation, we will never know the total amount of job losses – which will be well above a quarter of a million people.

For many people, the faces of the industry are the cabin crew and pilots. While €32.11 billion2 was given to airlines in Europe in 2020, and more already added in 2021, air crew remain under pressure from employers who continue to lay off workers as flights have dried up. Parts of this can be attributed to the natural effects of an economic downturn, but there’s more to it. We are witnessing the deepening of the cracks that existed in the industry pre-crisis. For years, ETF and other organisations have campaigned to end the primacy of atypical forms of employment for air crew across Europe. Certain airlines have exploited Europe’s freedom of movement to forum shop for the cheapest possible place to put their air crew and on the weakest contracts possible. Such practices have created a ‘flag of convenience’ model for aviation in Europe, which had grown to dangerous levels before the pandemic.

For years, ETF and other organisations have campaigned to end the primacy of atypical forms of employment for air crew across Europe”

As soon as the pandemic hit, this led to workers being abandoned without any support from either their employer or their government. Due to the nature of their contracts, many were not contributing to social welfare funds. The worst of these scenarios is the self-employment model currently implemented by airlines in Poland, which forces air crew to set up their own business and work without any social security for their employer. The consequences are alarming, with workers losing their jobs or being placed on furlough, only to find that they are entitled to nothing.

In December 2020, a group of transport ministers recognised these issues3 and declared that this needs to change. ETF is calling on these ministers, the European Union (EU) Council and the Presidency to lead this initiative and deliver a fair and transparent employment policy for air crew in Europe. Clarity, equality and transparency will help both employers and workers and prevent social dumping.

While air crew might be the face of aviation, ground staff are the backbone that keeps the wheels of the aviation industry moving. Alarmingly, however, they and their employers have been left in the dark when it comes to state aid and protection of their business. In 2020, just €2.85 billion was given to both airports and ground handlers in Europe, compared with the €32.11 billion given to airlines4.

Ground staff make up the largest group of workers in the aviation industry. Yet, they were simply ignored in the debate on state support and the industry’s recovery”

Ground staff (including handling, catering, airport, security and others) make up the largest group of workers in the aviation industry. Yet, they were simply ignored in the debate on state support and the industry’s recovery. Without an efficient and well-staffed ground operation, flights cannot resume. Airport workers are an essential part of the aviation infrastructure and, without them, the industry cannot restart or even deal with current industry changes, such as increased cargo operations.

As such an important part of the infrastructure, ground staff cannot be forgotten. So far, European nations have done exactly that. They have forgotten the need to protect the largest employers in the aviation sector, instead seeking a trickle-down effect from airlines which has simply not happened. The EU’s SURE mechanism and the upcoming Relief and Recovery Facility allow Member States to rectify this. They have an opportunity to secure the future of ground operations directly through state aid, but also through the continued support of furlough and other short-time work schemes across Europe.

Air traffic management (ATM) has not escaped the effects of the pandemic, either. Due to the nature and complexity of the infrastructure and services provided, Air Navigation Service Providers (ANSPs) have suffered greatly from the COVID-19 crisis and, to a certain extent, the burden has just been shifted from one part of the aviation industry to another.

Despite their crucial role, efforts on multiple levels to undermine their working conditions are obvious and contribute adversely to the increasing pressure on all ATM workers”

Even though civil aviation traffic dropped sharply, ANSPs’ level of operations was maintained during the crisis. Work continued to provide indispensable air navigation services for cargo, medical, hospital, repatriation or humanitarian flights. Despite their crucial role, efforts on multiple levels to undermine their working conditions are obvious and contribute adversely to the increasing pressure on all ATM workers.

To help in dealing with the economic consequences of the pandemic, EUROCONTROL granted a deferral of ATM charges to airspace users, who were suddenly unable to pay for the services provided5. Most EU Member States backed this decision. This led, however, to a situation where ANSPs kept providing services with little to no income. Given that ANSPs are critical parts of national infrastructure, and due to the requirement to provide their service at all times, irrespective of traffic levels, they have a fixed cost base that is not easy to scale quickly. When ANSPs came under pressure to adopt ‘resilience’ measures to cope with the situation, it inevitably meant workers had to pay the price.

Measures vary from one ANSP to another, from redundancies, reduction in salaries, lay-offs of trainees to voluntary departure schemes. All these measures will have negative long-term consequences. Only long-term training and continuous investment cycles can provide fully qualified and trained workers who are able to provide essential safety services to airspace users. Financial cuts made during the COVID-19 pandemic will have consequences for European aviation years later, just when the sector needs to recover. Even before the pandemic, there were staffing and capacity issues that originated in the 2008 crisis. These will be deepened further in the long run and will hamper the recovery of European aviation.

At the moment, ANSPs and ATM workers are overwhelmed, focusing on how to survive, with little capacity to engage in a strategic discussion on the future of the sector”

Finally, there is the question of the Single European Sky. At the moment, ANSPs and ATM workers are overwhelmed, focusing on how to survive, with little capacity to engage in a strategic discussion on the future of the sector. Still, the European Commission (EC) has decided that this is the right time to push through the Single European Sky reform – an ATM reform that has been on hold for seven years. Their proposal focuses predominantly on efforts to implement further cost-reduction, raising concerns for the safety and efficiency of the whole aviation industry.

While the systemic crisis continues, ETF, our affiliates and other social partners from both the employer and worker side have made efforts to come together, united to save our industry. This has culminated in the Aviation Roundtable6, but also in our day-to-day social dialogue and joint work and effort to rebuild the industry and protect its people. Such alignment is rare in our industry, but we believe that this cooperation shows the historic proportions of the crisis that we are facing.

But we cannot do this alone. The European Commission needs to step up to the mark and do their part to help save our industry and its people. While they have supported the industry broadly, they have done little to protect the most vulnerable. This needs to stop. If things continue in this way, there will be no people left to create the ‘resilient’ future that we all desire.

Eoin Coates is Head of Aviation at the European Transport Workers’ Federation (ETF), a European Trade Union Federation representing five million transport workers in 41 countries. After graduating from the National University of Ireland Galway, he pursued a career in aviation, working as cabin crew for two major Irish airlines before joining the International Transport Workers’ Federation (ITF), based in London, as Assistant Secretary for Civil Aviation and Tourism. During this time, he worked extensively on issues related to low-cost carriers, the International Civil Aviation Organization (ICAO) and sustainable tourism at a global level. 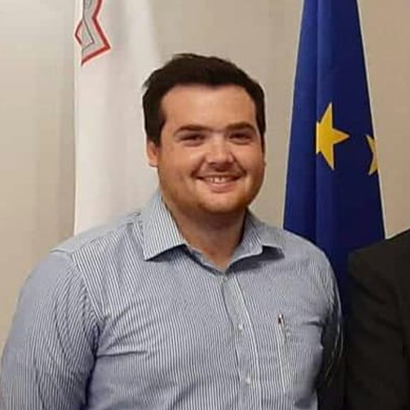