Hamad International Airport has welcomed 9.68 million passengers in the third quarter of 2018 with 10.6 per cent year-on-year passenger increase. 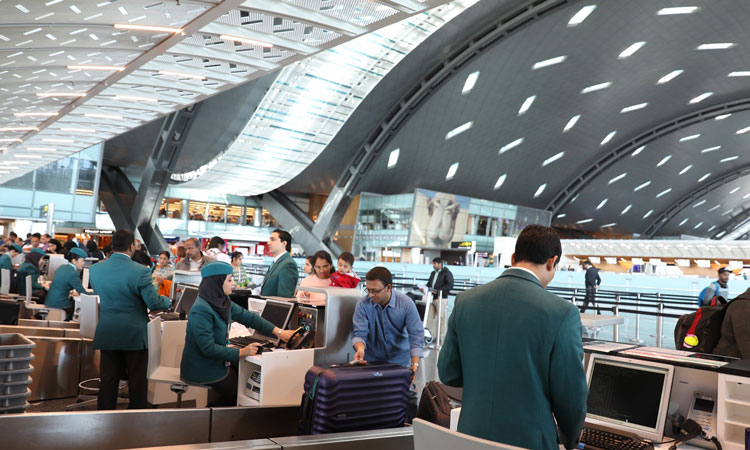 The report on the third quarter of 2018 reveals that HIA has served 3,401,880 passengers in July, 3,459,518 passengers in August and 2,821,928 passengers in September, which includes passengers arriving, departing and transferring through HIA.

The third quarter of 2018 demonstrates continuous growth for the airport, further positioning it as a leading hub worldwide. HIA has contributed its efforts towards investing in facilities, services, staff and the newest technologies to provide a world-class passenger experience to its travellers.

Engr. Badr Mohammed Al Meer, Chief Operating Officer at Hamad International Airport, commented: “HIA has demonstrated sustained and continued growth, experiencing the busiest quarter of 2018 so far. As a gateway to Qatar, we are committed to empowering its travellers through hassle-free airport travel experience while also accommodating an increasing number of passengers. Our resilient operations, investment on cutting edge technology, and ambitious team had put HIA ahead of the curve in shaping the future of passenger experience.”

As Qatar gears up to welcome thousands of visitors during the FIFA World Cup 2022, HIA is preparing to boost the airport’s capacity which will eventually accommodate more than 50 million passengers per year by 2022. HIA is also working hand-in-hand with the Supreme Committee for Delivery and Legacy to process the smooth arrival of visitors for the World Cup. To ensure seamless and hassle-free airport travel for the increase in passengers, HIA has received 62 next-generation common-use check-in kiosks, with bag tag printing capability and boarding pass verification e-gates. These kiosks and e-gates will have the ability to use biometrics to identify passengers.