International Airport Review continues to bring you coverage from the ACI General Assembly in Brussels. In this story, new research shows European aviation is seeing high levels of delay this year as the network struggles to cope with record levels of traffic. 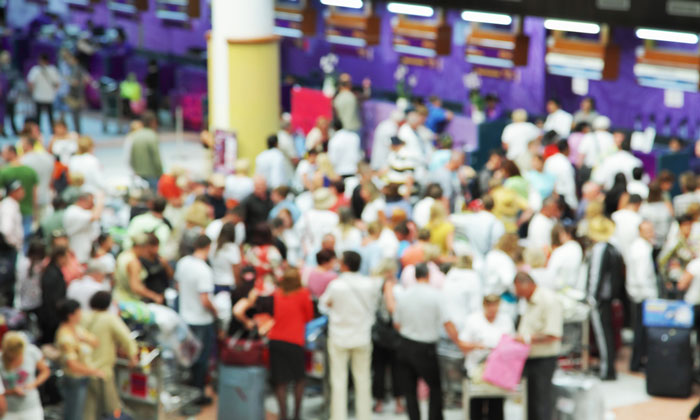 FULL HOUSE: Many airports are already struggling with capacity

A new EUROCONTROL study – Challenges of Growth – has found that that without urgent action, the network will be unable to cope with the demand for flights predicted by 2040.

In Brussels today (June 19), Eamonn Brennan, Director General of EUROCONTROL, addressed the capacity challenges faced by European aviation in 2018 and in the future.

His keynote address underlined that the first five months of 2018 have seen much higher delays than in recent years. Traffic has increased by 3.4 per cent (compared to the same period in 2017) but en-route air traffic flow management delays have risen dramatically from 0.46 minutes per flight to 1.05 minutes per flight.

At the event, Eamonn Brennan announced the publication of EUROCONTROL’s latest Challenges of Growth study, which looks at the issues European aviation will face between now and 2040.

He said: “Europe is already struggling to cope with the levels of traffic this year. Our most likely scenario predicts a growth of 1.9 per cent a year between now and 2040.

This latest edition is very clear – people cannot continue to presume that air traffic growth – and the economic benefits that come with it – can happen without a corresponding increase in airport capacity on the ground.

“This kind of report is crucial for policy makers as they prepare for the future. Clearly this is a long-term forecast so we do have time to address the issues it raises but providing more capacity, and especially on this scale, requires long-term planning. Therefore I think we need to address the issue as a matter of urgency.”

The most likely scenario set out in the report (1.9 per cent growth/year) shows an increase of 53 per cent in flights by 2040 – to 16.2 million a year. However, there are significant upside risks for this forecast and it may well be that the increase is as high as 84 per cent

Four countries will each see more than three thousand additional flights per day (the United Kingdom, Turkey, France and Germany). Even though airports are expanding their capacity plans, with the top 20 airports planning to add 2.4 million runway movements, this will not be enough. On the most likely scenario, 1.5 million flights – 160 million passengers – will be unable to fly by 2040.

Many airports will become much busier, with higher delays. The study estimates that by 2040, 16 airports will be highly congested operating at close to capacity for much of the day (up from 6 airports today). As a result of this congestion the number of passengers delayed by one to two hours will grow from around 50,000 each day now to around 470,000 a day in 2040.

Aside from building additional runways, the study looks at how additional airport capacity can be delivered through other means. These include technology innovation, schedule smoothing, using larger aircraft and multi-modal approaches.

Other topics covered in the study include the impact of climate change and the expected rise in unmanned aircraft systems, or drones.

“The Challenges of Growth studies are an immensely valuable forecast and this latest edition is no exception,”  said Olivier Jankovec, Director General of ACI EUROPE. “This latest edition is very clear – people cannot continue to presume that air traffic growth – and the economic benefits that come with it – can happen without a corresponding increase in airport capacity on the ground.

“As we stand, the lack of airport capacity will result in €88.1bn in foregone economic activity in Europe by 2040, due to unmet demand for air travel and reduced air connectivity.

“This isn’t something that should just be of concern to the industry – air transport is a vital component of many people’s lives. This should be of concern to everyone who values the unparalleled connectivity, mobility and prosperity that airports bring to their communities.”