International Airport Review will be bringing you more news from joint ACI EUROPE & WORLD Annual Congress & General Assemblies in Brussels as it happens. 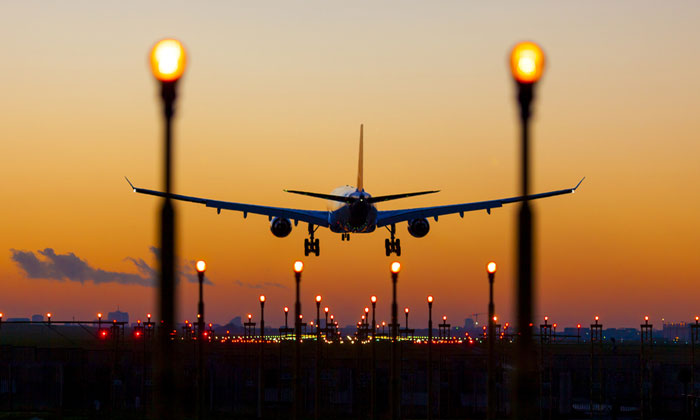 GET TOGETHER: The annual meeting is being held at Brussels Airport

ACI EUROPE’s Director General has outlined the challenges facing the aviation industry at the organisation’s annual congress in Brussels.

Speaking on the continued growth in Europe’s air travel over the last five years, and a boom of 6.9 per cent in passenger volumes since January, he said: “That kind of growth comes with significant operational challenges and puts a lot of pressure on our staff and facilities.

“As Eurocontrol’s latest data shows, congestion is becoming an issue at an increasing number of airports across Europe – especially at peak times.

“Yet, it is remarkable that European airports have not just maintained but actually improved quality for passengers. Our customer satisfaction ratings have increased in each of the past 5 years for all aspects of the airport experience.”

Passenger traffic at Europe’s airports is set to more than double by 2040 (+108 per cent), driven by new fundamentals. These include changing consumer behaviours on the back of the emergence of ultra-mobile Millennials and affluent & healthy retired baby boomers – as well as rising inbound demand from emerging markets (the new Global middle class) and new aircraft technology enabling direct connectivity developments.

Mr Jankovec added: “These new fundamentals are challenging the status of Europe as a mature aviation market.

“They are pointing to significant growth potential in the medium to long-term. The fact that last year EU airports alone were the largest contributors to global aviation growth along with Chinese airports is already reflective of that.

“However, the short-term is all about downside risks – with rising oil prices, trade wars and a possible economic deceleration. This is testing the resilience of our growth dynamic.”

The financial performance of Europe’s airports has kept improving, with the industry’s return on invested capital (ROIC) standing at +8.5 per cent – up from +5.1 per cent in 2011. However, EU airports keep underperforming (+7.1 per cent) their peers in other regions, even more so when compared to airports in emerging markets (+10 per cent).

The key improving factors have been efficiencies and cost reduction – not revenue growth. These have pushed operating costs per passenger down by an impressive -17.8 per cent since 2011, a reflection of increasing competitive and shareholder pressure.

Mr Jankovec said: “Our costs are set to rise in the coming years. First, because if cost cutting is the right thing to do, there is only so much you can squeeze the lemon when traffic keeps growing. Second, because we are facing a sharp increase in security costs – with an estimated €15bn investment between now and 2022 in new screening technology. And finally, because of rising interest rates. Airports are very capital intensive and with the industry’s debt standing at €86bn, the financial impact will be significant.”

Looking at revenues, airports are also facing a new reality. The fact that low cost carriers are driving traffic growth comes with significant pressure on aeronautical revenues (airport charges). The convergence of airlines business models (hybridisation) and consolidation will only reinforce these competitive pressures – including for larger airports.

Mr Jankovec said: “We now live in the era of rebates, incentives and ‘marketing support’ for airlines. 90 per cent of Europe’s airports offer discounts to attract, retain and grow air traffic. This is truly emblematic of how the airport-airline relationship has changed.”

But airports’ commercial revenues (from retail, food & beverage, real estate, parking, car rental and advertising) are also under threat. The combination of less affluent but more frequent travellers, endless online retail & advertising competition, restrictive airline cabin-bag policies and shared urban mobility are all combining to dilute these revenues. Since 2011, airports commercial revenues per passenger have fallen by -4.8 per cent.

Mr Jankovec concluded: “Airports have relied on ever increasing commercial revenues to offer airlines competitive user charges – and fill the €4bn gap left by these charges to cover the full costs of operating and developing their facilities.

“The headwinds we now face in growing these commercial revenues are clearly challenging our business model.

“Along with the wider impact of the mega digital platforms, this is something airports and airlines should look at together. Not to share the pie – but to look at how we could grow the pie by sharing data and leveraging its content through joint commercial initiatives.”