The airport is one of the most anticipated builds of 2018, expected to have a capacity of 90 million when it opens next year and 200 million when it’s fully operational. 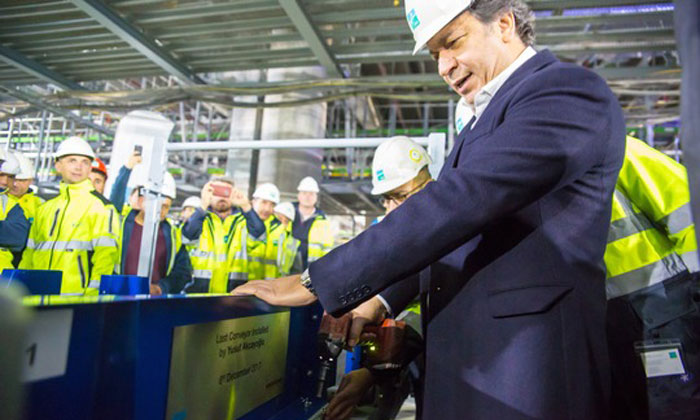 The baggage system at Istanbul New Airport is up and running and ready to take on the world when it opens next year.

The gear has been specially produced for the airport, taking just 24 months to go from design to assembly. It will be able to handle 30,000 bags per hour.

Yusuf Akçayoğlu, the CEO of İGA Airport Construction, commented on the baggage system which plays a critical role at the airport.

He said: “The baggage system is critical for Istanbul New Airport, which will be serving 200 million passengers a year along with flight services to more than 350 destinations, when all phases are completed.

“It will ensure an uninterrupted passenger experience by bringing down the waiting period for the baggage items to a minimum level. To establish the system with its 42 kilometres, we used 3,300 tons of steel and laid 650-kilometre-long cables.

“Smart devices operating with 170 special microprocessors will make sorting and stocking of the baggage. We will be able to handle 30.000 baggage items per hour.

“Furthermore, the terminal building is equipped with 13 check-in islands and 468 points where passengers can hand in and check in their luggage.”

Akçayoğlu, talking about their functionality-based approach to meet the needs of passengers in the context of Istanbul New Airport project, added: “Thanks to our baggage system, we will outperform many airports around the world. For example: Our baggage storing capacity is 10,800 baggage items which means that passengers who arrive at the airport early will be able to hand in their luggage whenever they wish.

“Moreover, in case of a delay, we will not have any problems with space to store the baggage. The baggage items will be put away to shelves from 48 early baggage-storing robots.

“The system also includes 28 (10 domestic, 18 international) incoming passenger baggage receiver carousels. Eight of these carousels have the capacity to sort out wide-body aircrafts (F and E series). We have 48 baggage sorting carousels which will help to sort out outgoing baggage based on flights.”