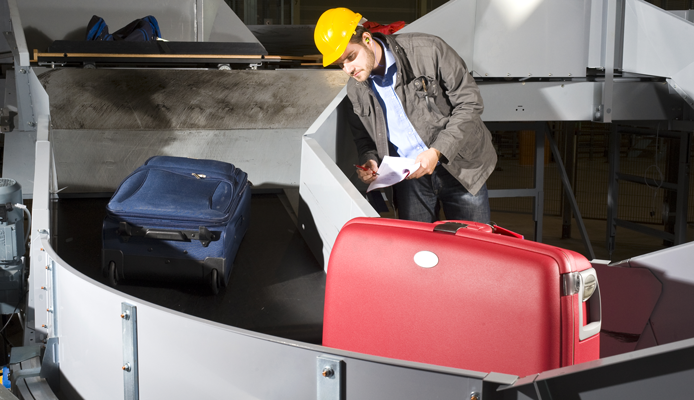 Passengers perceive baggage handling as a major contributor to airport and airline quality and with increasing competition in the air transport industry this means continuous pressure to improve the baggage handling process.

Given the highly technical nature of baggage handling systems, it is tempting to focus on technological aspects. However, as this approach concentrates on systems being designed to solve bottlenecks and peak flows, the system can end up being larger and more complex than necessary. A process view focuses on optimising the total process chain, thus preventing bottlenecks from occurring, while smoothing peaks as far as possible.

Most large international and domestic hub airports handle significant quantities of transfer baggage, which introduces a sorting problem. The sheer volume of baggage handled also raises the risk of congestion, routing errors and control problems. Furthermore in many cases the physical size of the airport dramatically increases transport times to and from the aircraft, leaving less time for the actual sorting and handling of baggage items.

In addition there are usually at least five parties involved in baggage handling, each putting different demands on the process and generating potential conflicts of interests: 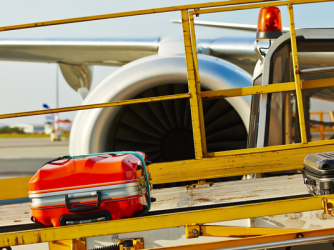 The baggage handling process can impact aircraft turnaround in several ways, mainly the time required for the actual unloading and consecutive loading of the baggage at the aircraft stand. The speed with which all screening, sorting and transportation processes are executed is another important factor. This applies to both check-in baggage and the transfer of baggage items between two connecting flights.

On the other hand, if these processes are unreliable and poor quality, it could lead to late or misdirected items of baggage, which may cause delays in aircraft departure. If security measures like baggage reconciliation and hold baggage screening are included at a very late stage of the handling chain, or if they have a high false alarm rate, they may well be another important source of delays.

There are several process aspects that are critical for overall baggage handling quality, including:

Can a baggage handling system be designed to achieve optimum quality and on-time performance at acceptable costs? It’s tempting to design a large and complex system to cope with extreme fluctuations in baggage flow; to cope with the wide variety of baggage dimensions to be handled and because different parties in the process each seek their own optimisation. However these systems can become too complex and large to be effective. A traditional engineering approach will try to solve every problem with a fitting technological solution, leading to sub-optimisation and a process chain that is still bulky, in which case costs are not well-spent.

Focusing on optimisation along the process chain, instead of maximising performance at a single function, can help to overcome this. This requires all participants in the baggage handling chain to collaborate and share information and costs, instead of each trying to achieve their own targets. But process review is also important as, for example, at some larger airports extra valuable space and additional costs are sometimes scarified because every check-in line has its own screening machine.

A second point of note is that most time is not lost in the actual handling of the baggage items but in the waiting times between the various processes, where a handover takes place. This often originates from working with batches of baggage items (such as container loads) instead of single items. Reducing the number of waiting points, extracting time-critical items from a group, and reducing group sizes can be very effective ways to fight this phenomenon.

Much can also be gained from smoothing the peaks in baggage flows. Short but extreme peaks are characteristic of the baggage handling process, but it is important to realise that over 95 per cent of the baggage items in that peak could be delayed for several minutes without any significant effect on the overall quality of service. Finding ways to identify non-time critical items and handle them off-peak can reduce the required capacity of the baggage handling system.

The estimated cost of mistakes and delays should also be taken into account when baggage handling options are being evaluated. A cheaper system that generates just a fraction more misdirection of baggage can prove to be much more expensive in the long run. For example, a baggage item that does not catch its intended flight can cost some $100 or more in extra handling and delivery charges.

Considerations like these were used in the development of the ‘Just In Time’ concept which is mostly found in the production industry, but which could be adapted for the baggage handling process.

In view of the growth rates at most major airports, baggage handling systems have to be extended and redesigned frequently to ensure they can cope with throughput requirements. Proper timing and anticipation is essential for this and can only be achieved through the regular updating and reviewing of passenger and baggage flow forecasts, plus peak rates and connection times associated with them.

Sufficient spare capacity should also be made available to allow for temporary shut-down of lines needed to interconnect existing and new facilities. Such flow evaluations should be carried out for the entire baggage handling chain to prevent unrealistic quality and throughput targets being used between different parties and to develop knowledge into the room for improvement in existing processes.

When detailing the design of the baggage handling system, static capacity and forecast analyses are often insufficient. More insight is required into system behaviour during peak loads such as queuing effects and waiting times, and the impact of flight schedule changes.

Computer simulation offers an excellent tool to perform such dynamic testing, but is not as simple as it may seem. A good model will not only provide insight in the overall system performance during various operational modes, but can also pinpoint potential bottlenecks and system control problems already at the design stage.

Manual labour versus automation and mechanisation

There is an enormous variation in the degree of automation and mechanisation of the baggage handling process at different airports around the world. The choice of whether or not to automate is influenced by various things including the local costs of manual labour, labour regulations, the confidence in technique – which itself is related to the quality and dedication of local personnel – and the division of roles between airport operator, ground handler and the airline. A number of arguments for both choices can be distinguished:

In favour of automation:

In favour of manual handling:

For the larger airports in Western Europe, the scale will tilt towards a relatively high degree of automation. However, it is not necessarily a good idea to automate all flows and peak situations. Instead, opportunities to use manual processes for an ‘overflow’ during peaks can be built into the process design.

Baggage handling is traditionally a technology-dominated market. In fact, new technologies developed and marketed by specialised suppliers often trigger a new baggage handling process set up, instead of the other way around. We believe that attention to the specific characteristics of baggage items is somewhat overemphasised as specialist baggage handling equipment is combined with technologies and concepts proven for other non-baggage applications. For example:

These concepts will provide new opportunities to achieve higher capacities in existing terminals where extensions are too problematic, e.g. in Europe and America. New airports and terminals have the chance to take these logistic improvements and learning points from other industries directly into the new design.

There are a few possibilities for new developments and improvements, including:

The most promising – but probably the hardest – option for upgrading the handling process is to take a true supply chain approach to baggage handling and try to avoid queues, double handling and sub-optimisation. Important factors in this respect are the sharing of information between parties, full cooperation in design and in the execution of the total process and dedication and process ownership with the personnel.

Considerable improvements in the actual loading and unloading of baggage to and from the aircraft are possible. This is especially true for non-containerised baggage.

Small scale systems for automatic container transport have been installed at various airports. Transport systems inside and outside the buildings can be expected in the long run.

Redesign of the baggage reclaim process

Taking the passengers’ perspective, baggage reclaim is clearly an underdeveloped area – would it not be logical to upgrade this function to the quality level of the check-in process? Can baggage loading/unloading times be reduced to only a fraction of the present turnaround times? Are quality improvements and cost reductions feasible despite growth of airport size and baggage flow quantities? Are new and better baggage handling products feasible and can they be properly supported by systems and processes?

The answer to all these questions is ‘yes’. There is ample potential for improvements and time and cost savings. However, this requires true willingness of parties to cooperate and rethink the baggage handling process together to develop into a system which can cope with ever-growing baggage flows.

Does this mean that handling will one day be reduced to a fully-automated and mechanised function? No. Relying on solely technical systems for baggage handling would be both unrealistic and expensive. Man is still the most powerful and flexible resource available and baggage systems are effective tools to handle the routine processes.

Rien Scholing is Project Manager and Senior Consultant of Logistics at Tebodin Consultants & Engineers. Rien has gained experience in the field of logistics during more than 15 years, both as consultant and as project manager in various markets including air and marine ports and distribution and production companies. Rien has also previously been Project Manager in the field of information management and environment and safety. Rien also holds an MSc in Physics. 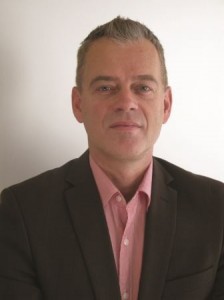