Charles Brown, National President of Paralyzed Veterans of America has issued a statement in response to the Department of Transportation’s release of its ‘Airline Passengers with Disabilities Bill of Rights.’ 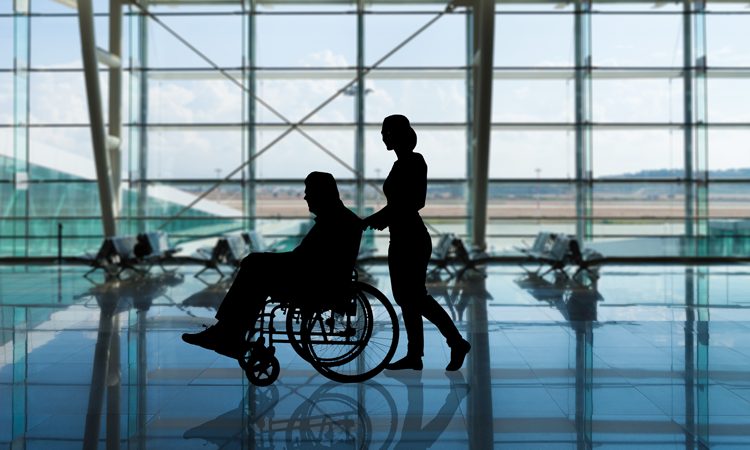 Paralyzed Veterans of America (PVA) National President, Charles Brown, has issued a statement in response to the Department of Transportation’s (DOT) release of its ‘Airline Passengers with Disabilities Bill of Rights.’ The document outlines 10 fundamental rights of air travellers with disabilities and the obligations of airlines (to include their employees and contractors) under the Air Carrier Access Act.

Brown said: “PVA fiercely advocated for this Bill of Rights and played an instrumental role in not only the conceptual development of these protections but also in the crafting of the actual rights themselves. One such sticking point was the right of passengers with disabilities to be treated with dignity and respect, which PVA has firmly insisted on since its inception more than 75 years ago.

“While the Bill of Rights does not expand airlines’ legal obligation or establish new requirements under the law, it DOES empower and educate passengers with disabilities of their rights and holds airlines more accountable for their actions. We see this Bill of Rights as a big step forward and a monumental victory towards legitimising the challenges and potential dangers passengers with disabilities face when they travel by air. No longer do we have to sit on the sidelines hoping to be seen and heard; this document asserts our rights and gives us something to depend on.”

Designing for all by Darron Freegard, Emily O’Connell

On 5 October 2018, then President Donald Trump enacted the Federal Aviation Administration (FAA) Reauthorisation Act of 2018, mandating the creation of a Bill of Rights for passengers with disabilities and an advisory committee to advise the Secretary of Transportation on the air travel needs of these passengers. PVA was selected to serve on this committee and in this role was able to advise the department on the development of the Bill of Rights. Among some of the protections outlined in the Bill of Rights include requirements by airlines to provide prompt, timely assistance from properly trained airline personnel and to better train personnel to be aware of the needs of passengers with disabilities.

“Safe air travel is a fundamental civil right,” added Brown. “We applaud DOT for listening to us and giving us a seat at the table to talk about this important issue. It is encouraging to see the results of all the time, energy, and effort we devoted in making this Bill of Rights a living, breathing document. We look forward to continuing to work together with DOT and other stakeholders to one day make air travel completely accessible for everyone. We will not rest until that is our reality.”

DOT’s Bill of Rights comes on the heels of PVA‘s recent air travel campaign, which educates the public about the dangers of air travel for people with disabilities. As part of the campaign, PVA is encouraging everyone to join their fight to improve air travel by signing a PVAction Force petition.