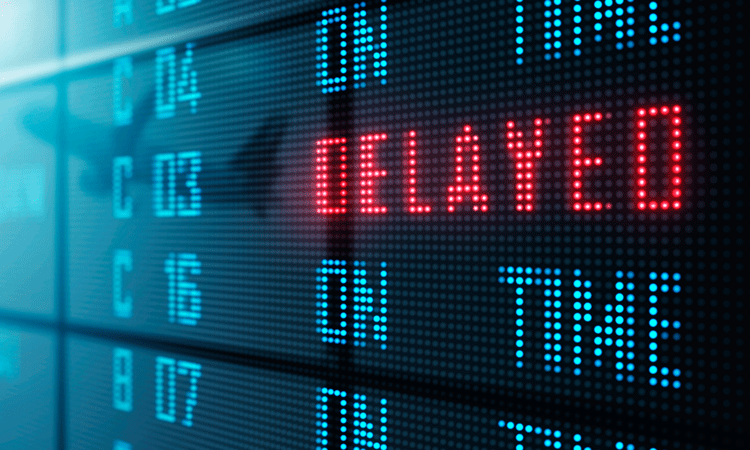 In a recent snapshot, EUROCONTROL showed how checking COVID-19 documents was a significant cause of delays to passengers, up to 0.7 minutes per flight in July 2021. Now looking back over the 2021 summer months, despite en-route ATFM regulations being lower than 2019, the delays in total have been climbing again. Summers 2018 and 2019 were very poor for delay, with 18 and 16 minutes of delay per flight on average. Summer 2021 is lower than that but, at 10.9 minutes per flight, already close to the 2010-2017 average (12 minutes).

Airlines categorise their delays into primary causes and reactionary delays, the latter caused by delays on earlier flights (of this aircraft, for this crew, or these passengers). The most common primary delays are from airlines’ own processes, such as baggage loading, boarding, or refuelling. Airport processes (such as check-in), air traffic management, and government (such as health checks) make up the remainder. While reactionary delay in theory is due to some original, primary cause, in practice the situation is too complex to be worth splitting ‘reactionary’ amongst the primary causes.

Most passengers have experienced reactionary delays: arriving at the boarding gate to find the aircraft has not yet arrived. It is a problem carried from flights early in the day to those later on. Airlines try to break the chain of delays by building gaps into the schedule, or switching aircraft, or accelerating processes such as boarding to make up lost time. With relatively light traffic this summer 2021, they were able to do more of that, which is why the rate was relatively low (36 per cent of total, rather than 45 per cent).

These solutions rely on luck (can we get everyone boarded quickly?) or are costly in capacity (having spare aircraft). Better to aim to stop the delays at source. That is why the EUROCONTROL Network Manager and the operational teams at airlines, airports, and air navigation service providers work to reduce (primary) delays in the ‘first rotation’, the first couple of flights each day. Ten minutes of primary delay during the first rotation can cause 40 or 50 minutes in total across the day.

Total delay remains relatively low (19 million minutes) compared to 2018 to 2019 (45-50 million). But, as the recovery continues, keeping down delays on the first flights of the day needs to be a priority.