The modernisation of Kansai Airport’s terminal will create more capacity and improve the passenger experience by optimising existing spaces. 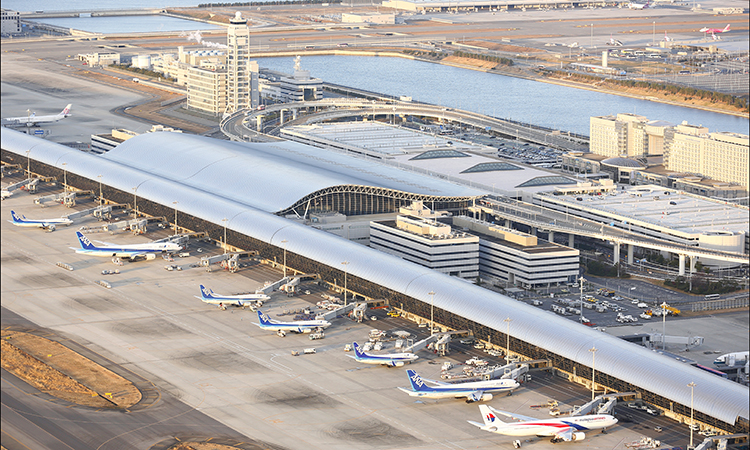 VINCI Airports and its partner ORIX, concession owners of Kansai International Airport (KIX), have announced the launch of the modernisation works of Kansai Airport’s Terminal 1, the largest works programme since the airport was opened in 1994.

In line with Japan’s tourism strategy and economic development of the Kansai region, the works continue and accelerate the modernisation of Kansai Airport, initiated from the start of the concession in 2016. The goal is to create more capacity and improve the passenger experience without building a new terminal – an approach based on optimising existing spaces that fits with VINCI Airports’ environmental objectives.

The works will involve enlarging and completely renovating the airport’s international passenger journey: security controls, boarding, departures, retail spaces and arrivals. The new journey will showcase the architecture of the building, while new technologies will optimise flows and enhance the passenger experience. Domestic passengers will also benefit from a new, more functional and compact space, with a broader range of services and a vast retail offering available right up to the boarding point.

All of the renovated spaces will be designed to the most stringent environmental standards for reducing energy consumption and will enhance accessibility and comfort for all users.

The works, supported by the Japanese government, will make the airport the ‘First Pavilion’ of the Osaka-Kansai Japan Expo 2025. They will offer visitors an immersion in a welcoming and experiential space that will showcase Japan’s innovation culture, right from their arrival in the country.

Nicolas Notebaert, Chief Executive Officer of VINCI Concessions and President of VINCI Airports, declared: “The modernisation of Kansai International Airport will act as a source of growth and enhance the attractiveness of the region. As a long-term partner working with the Japanese authorities, VINCI Airports is proud to stand alongside them in this new phase of improvements that will make the airport even more effective, sustainable and innovative.”

Stepping up to facilitate the transportation of the COVID-19 vaccine