Over the course of 30 years, VINCI Airports will work to maintain and modernise the seven airports located across North Brazil, but will also transform the airports into eco-efficient infrastructures. 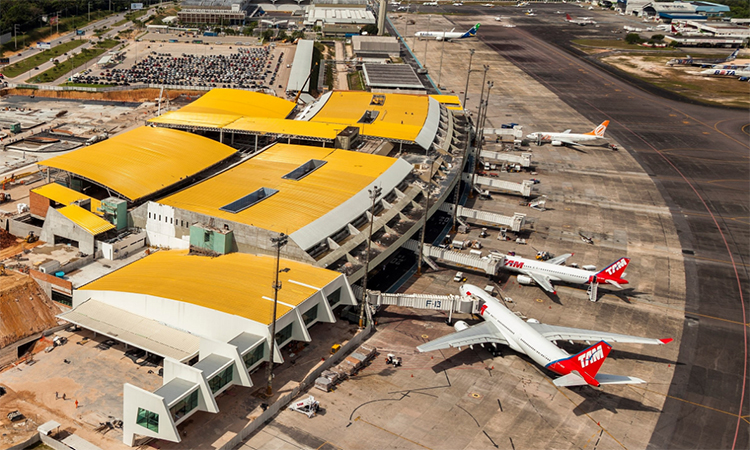 Upon completion of a call for tenders initiated by ANAC (Agência Nacional de Aviação Civil), VINCI Airports has been awarded a 30-year concession for seven airports in the north region of Brazil: Manaus, Porto Velho, Rio Branco, Bao Vista, Cruzeiro do Sul, Tabatinga and Téfé.

As the gateway to the Amazon region and neighbouring Brazilian states, these airports welcomed 4.7 million passengers in 2019. They are essential for opening up a vast region of 3.8 million square kilometres.

In addition to ensuring the operations, maintenance and modernisation of terminals and runways, VINCI Airports will also transform these airports into eco-efficient infrastructures by:

To do this, VINCI Airports will build on the successful environmental policy it has been successfully implementing since 2018 at Salvador Bahia International Airport (SSA) in North East Brazil.

VINCI Airports also intends to support Brazil’s post-pandemic economic recovery by developing the passenger traffic and cargo activity at Manaus International Airport (MAO), the third largest cargo airport in Brazil. As a pillar of the economic and community development of the Amazon region, Manaus Airport plays a key role in the country’s economy, in particular for the high growth electronics industry.

With the awarding of the contract, VINCI Airports, whose global network is thus extended to 52 platforms, strengthens its presence in lusophone (Portuguese-speaking) countries and Latin America, where it will manage a total of 16 airports in Brazil, Chile, Costa Rica and the Dominican Republic.

“Our roadmap is clear: green airports for green growth. In this remote region, where air transport is essential, VINCI Airports will make these airports more resilient and eco-efficient in order to sustain economic recovery in Brazil, while preserving the planet. We are eager to start operations, together with Brazilian authorities and local communities”, said Nicolas Notebaert, CEO of VINCI Concessions and President of VINCI Airports.