As part of its efforts to build back better from the pandemic and improve connectivity, the UK government has set out a range of measures for the UK’s aviation and transportation network. 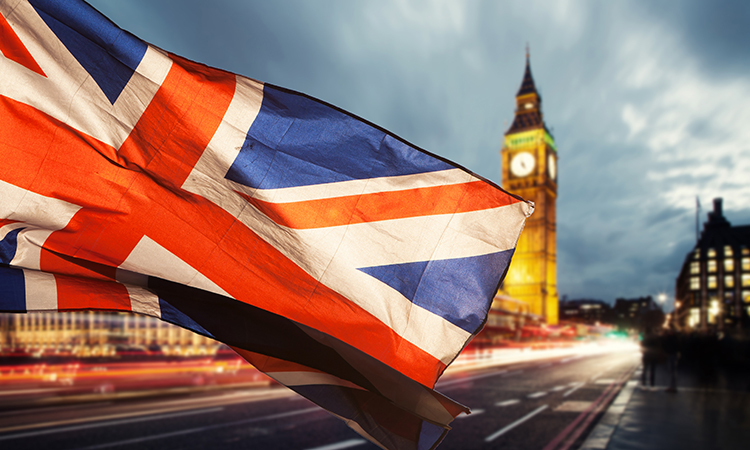 The UK Prime Minister, Boris Johnson, has set out his vision to build back better from the COVID-19 pandemic by boosting transport connectivity across and between the whole of the UK as part of the UK government’s ambitions to level up across the country.

The government has also announced that it will also consult on cutting Air Passenger Duty (APD) on internal UK flights and will commit £20 million to develop plans for upgraded rail, road, sea and air links.

The measures were announced following the interim report of Sir Peter Hendy’s union connectivity review, which was published on 10 March 2021. In June 2020, Sir Hendy was tasked by the Prime Minister with exploring ways in which transport can better connect all parts of the UK.

Sir Hendy’s report sets out how a UK Strategic Transport Network would help to deliver this ambition. Such a network would significantly expand and upgrade direct transport connections in the UK across road, rail, sea and air, helping to reduce delays and bottlenecks and stimulate economic growth.

As well as considering how transport links can better connect the UK, the Prime Minister will also consider their environmental and social impact – taking into account how they will improve the quality of life of the people that use them.

The potential network will now form the main focus of Sir Hendy’s continuing investigations, with his final report in summer 2021 looking to identify specific transport upgrades that could form the backbone of the network’s ambitions.

The UK government is also announcing that the consultation on aviation tax reform, announced at Budget 2020, will be published in spring 2021. The consultation will include options to change the APD treatment for domestic flights, such as re-introducing a return leg exemption or creation of a new lower domestic rate.

In addition to looking at the case for increasing the number of international distance bands, the UK government has outlined that it will continue to decarbonise domestic aviation as part of its ambition to reach net zero, including through mandating the use of sustainable aviation fuels (SAF). All domestic aviation emissions are captured in carbon budgets.

The UK Prime Minister, Boris Johnson, said: “It’s now time to build back better in a way that brings every corner of the UK closer together. We will harness the incredible power of infrastructure to level up parts of our country that have too long been left off the transport map. This pioneering review by Sir Peter Hendy gives us the tools we need to deliver on our ambitions for a UK-wide transport network that encompasses sea, rail, and road – and I also want to cut passenger duty on domestic flights so that we can support connectivity across the country.”

Grant Shapps, the UK’s Transport Secretary, said: “As we build back better from COVID-19, it is more important than ever that we level up every corner of our great country. High-quality transport infrastructure is key to achieving that, which is why we are committed to boosting connectivity and bringing communities across the UK even closer together.”

The UK government will work closely with devolved administrations on development studies. Sir Hendy has spoken with over 100 organisations and received nearly 150 submissions to his call for evidence. As a result, he has been able to identify some of the most pressing issues involved in connecting all parts of the UK.

Sir Peter Hendy, CBE, said: “Devolution has been good for transport, but it has also led to a lack of attention to connectivity between the four nations, due to competing priorities and complex funding. A UK Strategic Transport Network could resolve this, with its core objective centred around levelling up across the whole of the UK.”

The UK government will receive the final union connectivity review recommendations ahead of the Spending Review, where it will consider and confirm funding plans for delivering improved connectivity across the UK.

The review into boosting the transport options connecting the UK sits squarely at the centre of the UK government’s levelling up agenda, with a focus on providing high-quality transport infrastructure to communities that have been passed over for investment in previous decades a key pillar of the plans.

While the review looks to the future, the UK government continues to support current union connectivity measures and recently provided a further £4.3 million to fund a two-year extension to the vital flight route between City of Derry Airport (LDY) and London Stansted Airport (STN) – beginning on 1 April 2021 – which will boost local economies on both sides.

Commenting on the interim report of Sir Peter Hendy’s Union Connectivity Review, the Airport Operators Association’s Chief Executive, Karen Dee, said: “The recognition of the detrimental impact of Air Passenger Duty and a commitment to review domestic APD to reduce its impact is very welcome. Domestic aviation suffered a double-hit in 2020, with the collapse of Flybe and the COVID-19 pandemic, and this offers a glimmer of hope for the future.”

“Sir Peter notes in his review that many of Flybe’s routes were unprofitable prior to the pandemic. With aviation’s recovery expected to stretch beyond 2025, this will put further routes at risk of not returning quickly or at all, not just domestically, but also from regional airports to international destinations,” she added.

Dee concluded: “That is why the government’s long-promised Aviation Recovery Package must set out an ambitious strategy to return international and domestic connectivity to the UK nations and regions. APD is one of the key levers that the government has to boost connectivity recovery, but APD reform must be part of an holistic approach. This could include measures such as a regional connectivity start-up fund, Public Service Obligation routes, or waiving of airport charges for key routes, as is happening in the Republic of Ireland.”

Responding to the comments on sustainable aviation fuels, Sustainable Aviation’s Chair, Adam Morton, said: “The Transport Secretary is absolutely right that sustainable aviation fuels (SAF) will be essential if we are to achieve Jet Zero. SAF technology is available now, can cut carbon by at least 70 per cent compared with fossil fuels and requires no modifications to existing aircraft or refuelling infrastructure. They can also be produced throughout the UK, creating tens of thousands of jobs and generating billions of pounds for our economy in remaining and former industrial regions.”

“Establishing the UK’s Jet Zero Council was a big step forward. The necessary private sector investment is poised to invest, get the first SAF facilities up and running and fuelling flights by the middle of this decade. However, to make this a reality, the government needs to urgently accelerate its support for this nascent industry. Most importantly, this means introducing a mandate and commercialisation policy to reduce the overall risk of these early projects. With the right action from government in 2021, the UK can lead the world in both sustainable aviation fuel and deliver Jet Zero.”

Responding to the findings of the Sir Peter Hendy-led Union Connectivity Report findings, Derek Provan, Chief Executive of AGS Airports Ltd, said: “The findings from the Union Connectivity Review on Air Passenger Duty (APD) and Prime Minister Boris Johnson’s desire to see a reduction on what is a regressive tax to passengers and the industry is welcome news. As one of the UK’s largest regional airport groups, we have stated all along that APD is a barrier to growth. The world has changed dramatically as a result of COVID-19, and the routes and services that play a critical role in supporting our economy have been devastated. A reduction in domestic APD is a welcome first step towards rebuilding the UK’s domestic connectivity as we work towards the safe return of international travel and getting the economy moving again.”