Vital City of Derry Airport to Stansted route given £4.3 million in government funding

Partly funded by the Department for Transport, the City of Derry to Stansted route provides critical connectivity between Northern Ireland and London, subsequently boosting the region’s economy. 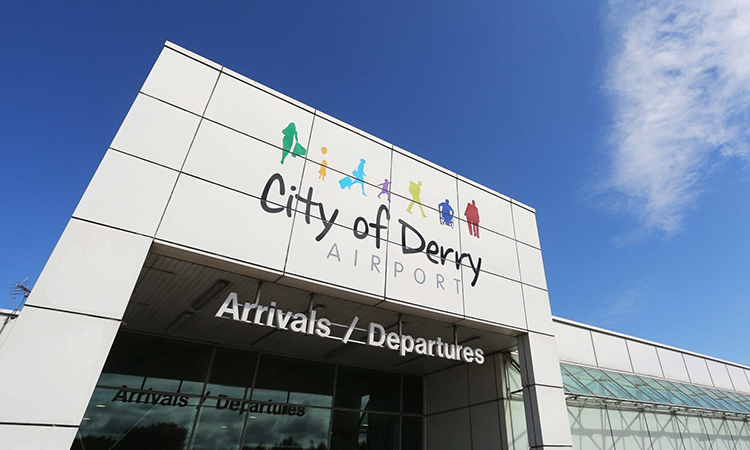 The UK government announced on 10 March 2021 that it would provide £4.3 million to fund a vital flight route between City of Derry Airport (LDY) and London Stansted Airport (STN).

The two-year extension, which begins on 1 April 2021, will be funded through around £4.3 million over the course of the contract.

This comes as the government announces £20 million to accelerate the development of high-quality transport projects that will vastly improve union connectivity while boosting local economies.

The UK’s Aviation Minister, Robert Courts, said: “Regional connectivity is at the heart of our plans to build back better after the COVID-19 pandemic, and the agreement secured today is a vital step towards this. The route will provide vital connectivity from Northern Ireland to the capital, supporting economies on both sides, and helping us to deliver on our commitments to level up across the UK.”

National restrictions introduced on 5 January 2021 remain in place, meaning that everyone must stay at home unless travelling for a very limited set of reasons. Those in breach of the rules face penalties starting at £200 and rising to a maximum of £6,400.

In early March 2021, the UK Prime Minister, Boris Johnson, announced that the relaunched Global Travel Taskforce will deliver a report on 12 April 2021 outlining a framework to restart international travel, as wider restrictions are lifted over the coming months.

Throughout the pandemic, the UK government has pledged around £7 billion of support to the sector, including a number of targeted initiatives such as extending the ‘80:20’ slot waiver rule, providing grants of up to £8 million for airports and ground handlers and creating an online jobs centre to help skilled workers regain high-value positions across the sector.