The project consists of a terminal extension and development of associated outdoor areas at Helsinki Airport, including two new parking garages and a weather-protected passageway. 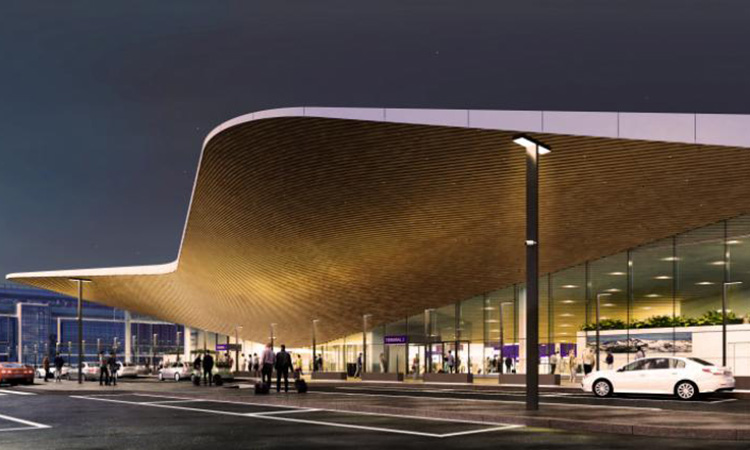 Helsinki Airport (HEL) has released an update on the progression of its Terminal 2 expansion project. The new parking garages, P1 and P2, and the outer shell of the extension have been completed, with work currently being undertaken to develop the interior.

The extension to Helsinki’s Terminal 2 consists of a terminal extension and associated outdoor areas. After the project is completed, passengers will also have access to a new, quicker, weather-protected passageway from the terminal to the Ring Rail Line, new parking garages and new bus docks, with areas reserved for dog walking.

Finavia decided to continue the investment programme in spite of the financial difficulties caused by the COVID-19 crisis to have a head start when the virus is under control and the world reopens. This is the most extensive expansion project in the history of Helsinki Airport.

In the extension project of Terminal 2, new buildings will be built first, followed by renovations to the existing premises. The current check-in functions will be transferred from the old premises to the new ones when the premises and systems are put into operation. The current check-in areas will then be converted to a gate waiting area.

The outer shell of the Terminal 2 extension is already complete and is waterproof; the topping-out ceremony of the building has been celebrated already. The first upholstery of the facade is also complete. The surface has a beautiful diamond pattern, which is repeated throughout the extension. Interior work is now fully underway. 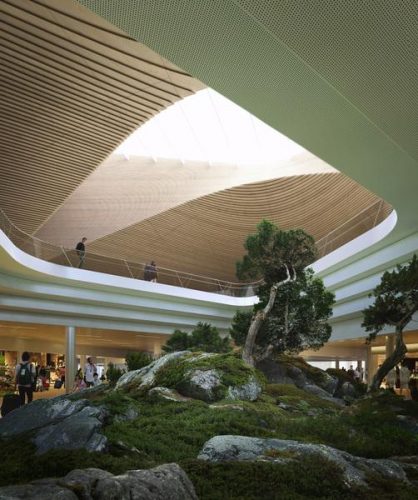 The Luoto diorama, featuring Finnish nature, is being built at a great pace in the middle of the arrivals hall. The stones have already been brought in and the natural stone tile floor is ready. Luoto will also be viewable from the departure floor.

“The installation of the most significant architectural detail of the departure hall, the wooden suspended ceiling of the building, has begun and about 10 per cent has been completed,” says Lindstedt. “Luoto is the first thing the passengers arriving in Finland see. The departing passengers will also see it through the floor opening.”

The terminal extension has taken into account health security measures due to the COVID-19 pandemic, including physical barriers and hand sanitiser dispensers. With the extension, there will be more space in the passenger areas, making it inherently easier to maintain safe distances.

At the first stage of the extension, a new bus platform will be introduced. In its vicinity, on the west side of the terminal extension, there will be a green space, as well as a place to walk dogs departing for flights.

The new access to the Ring Rail Line station will be in the immediate vicinity of the terminal extension and it will be significantly shorter than the current passageway. Most of the excavation of the Ring Rail Line access is already complete. Wall elements are currently being installed and the panoramic lift is under construction. Escalators will be installed in the coming weeks.