A new baggage handling system at Paris-Charles de Gaulle Airport, Terminal 2E saw the beginning of operations in May 2018. Airport operator Groupe ADP’s project scope was to create an automated sortation system that collected the baggage from the six eastern check-in groups in Terminal 2E for transport to Satellite 3 via a 500-metre tunnel. In an interview for International Airport Review, Nadine Vennat, Groupe ADP Project Manager, explains how the new baggage handling system (BHS) came about. 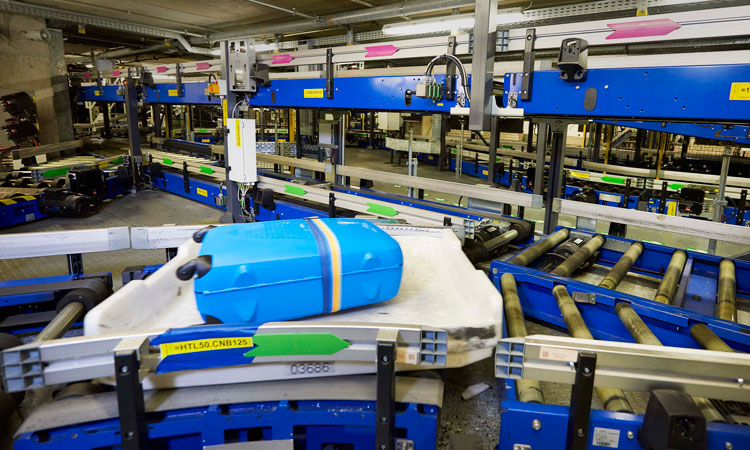 The project, called TDS3, had two purposes: to reduce departure baggage handling time from 60 to 22 minutes, and to increase the capacity of the automated sortation process in the hub. By automating the process, the bags are no longer collected and manually handled airside before being taken to the aircraft but are transported at high speed in the underground networks.

Nadine Vennat, Groupe ADP Project Manager, explains the need for the new BHS system: “The BHS was considered critical for the development of hub operations of the SKYTEAM Alliance, as it will complete the systems at Paris Charles de Gaulle, including Terminal 2E check-in and eventually transfers from Terminal 2F. The design had to fulfil the demanding operational performance needs required by SKYTEAM, with a short baggage travel time and high level of system availability from day one of operations and through the entire life of the system. To ensure the compliance with end-user requirements, regular meetings were held during the entire design phase with Air France.”

The implementation works had to ensure the continuity of operations during every phase of construction.

BEUMER Group’s tote-based CrisBag® system was selected by Groupe ADP following a tender process under which potential suppliers could submit a system design and BHS technology of their choice to meet the issued functional and performance requirements. Groupe ADP aims to minimise the impact of its operations on the environment and five per cent of the overall score included in the tender was related to corporate social responsibility criteria. The contract also included maintenance services for six years to enable the evaluation of total costs in a comprehensive and balanced manner over the whole life of the system.

Nadine explains some factors that informed the choice of the BEUMER system: “For Groupe ADP, the main benefit of a tote-based solution is that bags can be transported over long distances at high speed. With the TDS3 system being installed underground and between buildings approximately one kilometre apart, this resulted in substantial savings in baggage transport time.”

The BHS was chosen based on technical and financial criteria. ADP’s global internal expertise was of great benefit as engineers from Groupe ADP and ADP International sat down to share experiences with BEUMER engineers to achieve a modern BHS that would meet the expected KPIs set for the project. “In addition, before the system was commissioned there were a number of sessions between BEUMER and the operators in charge of technical control to ensure that the standardised tools and controls were adjusted to fit the Paris-Charles de Gaulle Airport environment,” she continues.

Several extensive technical performance and operating tests were carried out over the two months before the commencement of operations. “The first tests were aimed at demonstrating the system flows, capacities and baggage travel times at several critical points,” explains Nadine. “This included the manual encoding stations, EDS line and baggage discharge processes. After that, we tested routing and the fall-back mode, where we forced communication failures between the IT systems, power failures and so on, to ensure that we could cope with every possible scenario that might interrupt operations.

“Finally, a test emulating real operation was carried out for two-and-a-half hours using 6,600 bags. As we were installing a new system inside an operating terminal and satellite where the check-in counters are operated during the day, the tests that required bags to be processed all the way from the departure level were performed at night. Logistics preparation took up to five hours before each test and required bags to be delivered, labelled and inducted into the system. Upon completion of each test, all the bags and tags were collected for analysis and prepared for another test the following day. These many hours of testing were extremely valuable in enabling us to fine-tune the system and confirm the performance levels prior to live operations.”

Following completion of the performance tests, BEUMER handed over the BHS to Groupe ADP two weeks before the official start-up. During these two weeks, airport staff had the opportunity to become familiar with the tools to operate the system under real conditions. As all the system capacity checks had been completed, these final two weeks of trials involved only around 50 bags at a time – just enough to keep the system running fully and involve all operators, from maintenance to control room staff. Finally, starting on 22 May 2018, the system was progressively put into service, one check-in row at a time. BEUMER Group provided technical support in the supervision station during the ramp-up period and during the first six weeks of operation to assist the system and operation supervisors in actual operations.

“This transitional phase was the key to the smooth start-up,” says Nadine. “Having the teams on hand helped to instil confidence and prompted us to make the decision to use TDS3 for full operation only two months after the hand-over, at the beginning of summer 2018.”

In the new system, following check-in, bags descend underground in Terminal 2E via vertical conveyors where they enter the TDS3 BHS. On entering the system, each bag is identified via a barcode scanner integrated with RFID. The moment the bag is loaded into its tote it is automatically paired with the tote’s embedded RFID chip. “One of the great benefits of the tote system is the optimised bag tracking and consequently fewer tracking errors,” says Nadine.

Indeed, the feature of allocating a single piece of baggage to a single tote, combined with RFID tracking, enables the 100 per cent tracking and traceability of each item of baggage, ensuring that security regulations and recommendations are met while also securing bags inside the tote. This not only ensures much lower rates of no-read items and virtually eliminates baggage jams, but also enables operators to trace and recall individual items of baggage from any part of the system.

“The security screening function is implemented in Satellite S3’s underground level and complies with the latest security regulations. In our system the bag is unloaded from the tote for screening and reloaded immediately at the EDS outlet. The totes are then routed to one of the two sortation loops feeding six carousels and 10 laterals in the make-up area.

Nadine expects the new BHS to deliver several efficiencies and benefits for both passengers and airlines. “First of all, the reduction in the handling time for bags checked in at Terminal 2 will help optimise Air France’s hub organisation, operating in Satellites S3 and S4. Then, of course, making use of a fully-automated system with baggage tracking will improve sorting quality. We have a target incident rate of lower than 0.3 per cent and the new system proved higher than 99.9 per cent this summer.” Another advantage of the system is its ability to handle non-conveyable baggage, as Nadine continues: “The majority of bags checked in the eastern part of Terminal 2 are for flights to Africa and commonly have unusual characteristics – large round, light bags. This makes baggage difficult to handle unless placed in a tote-based system.”

Currently bags for departure flights from Satellite 4, which have undergone sortation and make-up in Satellite 3 airside, are still transported using carts. Full automation reaching all the way to S4 will happen with a second system, called TBS4, by the end of 2020. “At that time, we will have a fully automated process including a baggage storage system for transfer baggage drop-off in Satellite S3 and the extended automated transportation process all the way to Satellite S4. It will be interconnected to the TDS3,” Nadine concludes.

Nadine Vennat joined Groupe ADP in 2002 as an engineer in the department in charge of environmentrelated regulatory inspections. Since 2009 she has been Project Manager in charge of various projects, from management of airport winter pollutants to industrial projects such as S4 heating using refrigeration and heat pump systems. In 2013 she started working on the TDS3 project, first in charge of the electromechanical aspects and later with the entire scope of project. Late 2018, Nadine shifted to manage the operation and maintenance of the Roissy Eastern Baggage division of Charles de Gaulle Airport. 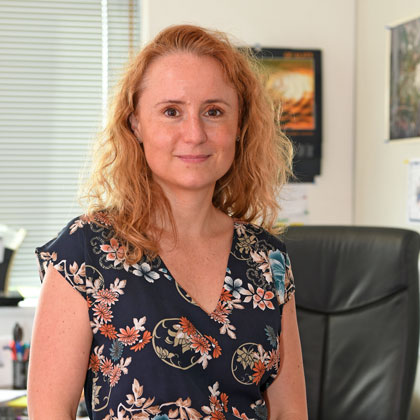