As Sydney Airport approaches their Centenary anniversary as a commerical flight centre, Geoff Culbert explains how the past has helped to shape the future of aviation, through its use and implemetation of state-of-the-art biometric technologies. 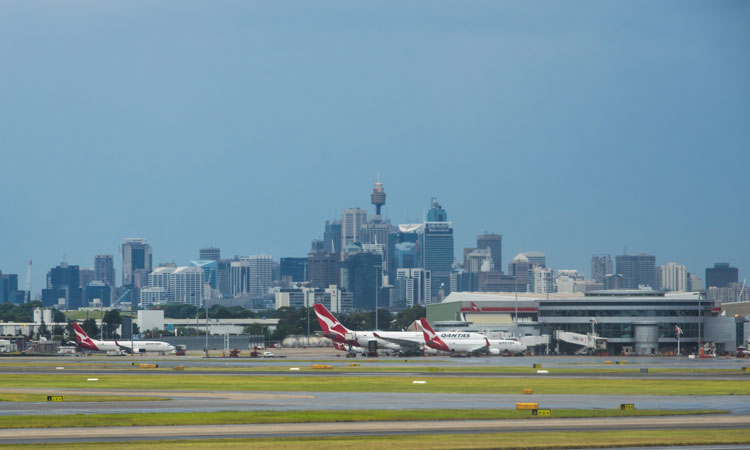 With a place in history as one of the oldest continually operating airports and the base for Nigel Love’s first commercial flight, Sydney Airport now accommodates more than 43 million passengers and contributes $38 billion each year to the Australian economy. More than 30,000 people work across the precinct. Our airport is within reach of 70 per cent of the world’s population and next-generation aircraft will soon enable us to reach 100 per cent. As the gateway to Australia, we service more than 100 domestic and international destinations. So it’s no surprise that we’re continually focused on finding new ways to improve our offering and provide a world-class passenger experience that’s as convenient and efficient as possible.

As part of this, Sydney Airport recently launched one of the world’s most ambitious airport facial recognition trials at its T1 International terminal. The landmark trial is testing four key aspects of a new biometrics processing system, including check-in, bag drop, lounge access and boarding using world-leading technology. Ultimately, biometrics processing will also be implemented across mobile check-in and automated border processing.

At its heart, this is about making the journey more convenient and relaxing for our passengers. Our ultimate vision is for travellers to be able to put behind them the days of fumbling through pockets and bags for passports and boarding passes. Their face will serve as both. The result is a more convenient, efficient and seamless experience driven by cutting-edge ‘sofa-to-gate’ technology.

The technology will also mean significantly faster passenger processing times, which will in turn further improve overall operational efficiency. The expected improvements to the check-in and boarding processes will substantially benefit both passengers and airlines. Faster processing times will leave holiday-makers with more time to enjoy Sydney. It will also mean improvements in on-time performance and other key operational metrics.

The trial – which is being keenly observed by the aviation industry in Australia and abroad – is likely to play a significant role in the roll-out of biometrics both domestically and internationally. We’re focused on ensuring Sydney, and Australia more broadly, remains at the forefront of this ongoing technological evolution.

The customer-facing phase of the trial has so far focused on Qantas passengers travelling on select international flights, who have been participating on a voluntary basis. Our use of facial recognition technology will ensure an enhanced level of convenience for passengers, as well as delivering major benefits from an operational efficiency perspective. Importantly, we’ve worked closely with our delivery partners to ensure the trial adheres to the strictest privacy standards and complies with all relevant legislation.

Our system uses self-service facial recognition kiosks at various points of the journey that are capable of accurately recognising a passenger on approach. A photo is taken of the traveller, which is then used to verify their identity by reliably analysing the distance between certain points on the face that are unchanging over time.

It’s safe to say that biometrics technology will one day be commonplace. We’re already witnessing its rapid uptake in the world of mobile devices and we’ll no doubt continue to see innovative new applications for it. Naturally, airports around the world are considering the enormous benefits to the customer of implementing facial recognition technology. As a leading trial, Sydney Airport’s biometrics initiative will likely inform the adoption of this gamechanging technology across the broader aviation industry.

The number of air travellers globally is only expected to grow. Airports with a finite physical space within which to operate need to be agile and innovative to cater for that growth. Last year alone, Sydney Airport welcomed an additional one million passengers (almost all of those arrived on next-generation aircraft).

Globally, IATA expects the number of air passengers to double to 8.2 billion by 2037, with the Asia-Pacific region significantly contributing to this growth. Infrastructure upgrades and expansions alone are not the answer to accommodating this growth in a way that ensures a world-class passenger experience. It’s imperative that technology plays a key role and that’s something we’re very much focused on.

Biometric technology will allow us to more efficiently make use of our existing footprint, reduce processing times and keep passengers moving quickly and comfortably as numbers continue to grow. That’s also true for many of the technological improvements we’ve made across our terminals. In March, we began rolling out self-service check-in kiosks and automated bag drop at T1 International. We’ve also focused on using technology to improve wayfinding and were the first organisation outside of greater China to introduce Chinese language indoor mobile navigation app Baidu Maps, as well as Google Maps and Apple Maps. Our multilingual digital wayfinding kiosks are now available in nine languages, and our passengers can also receive personalised flight updates via Twitter and Facebook Messenger.

The airport’s facial recognition processing trial is part of this overarching strategy to find new ways to use technology for the benefit of travellers, who are increasingly tech-savvy and expect a true seamless experience. They’re accustomed to technology replacing paper-based processes and enjoying streamlined, integrated experiences. As such, the shift from needing to produce physical passports and boarding passes is viewed by many as a natural progression. Additionally, as any parent who’s manoeuvred three kids and a stack of luggage through a busy terminal will tell you, it’s a welcome one. The most keenly felt benefit, however, will be the speed at which passengers will move through the various stages of the airport journey, thanks to improved passenger flows driven by a more efficient processing system.

We’re proud to be at the forefront of this exciting technological evolution. It will allow us to continue to cater for growth, while providing a world-class experience, that is underpinned by cutting-edge technology and genuine innovation for the more than 43 million passengers that pass through the airport annually.

In 2019, Sydney Airport will celebrate its Centenary. It will be a chance to reflect not only on our past but focus on the future and the many exciting ways technology will continue to evolve and help shape our industry. In a few decades, I imagine we’ll look back upon the introduction of biometrics processing in the same way we view other advancements that have dotted the history of airports and aviation. This is undoubtedly a game-changer for our industry.

Geoff Culbert joined Sydney Airport as Chief Executive Officer in January 2018. He brings extensive commercial and operational experience along with a track record of working closely and collaboratively with customers, business partners and government. Prior to joining Sydney Airport, Geoff worked for General Electric (GE) in several senior global and domestic roles, most recently as the President and Chief Executive of GE Australia and New Zealand & Papua New Guinea. Geoff has also served as the Chair of the Energy and Climate Committee of the Business Council of Australia and on the Board of the American Chamber of Commerce. 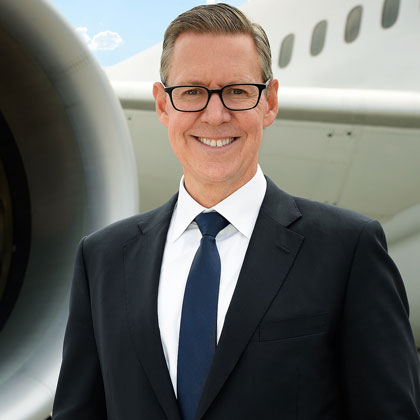