Delivering a baggage handling system renovation amidst a pandemic

Steve Radford, Hold Baggage System Programme Lead at London Stansted Airport, discusses the £70 million renovation of the airport’s baggage system and how Stansted took advantage of the pandemic in order to complete the project ahead of schedule. 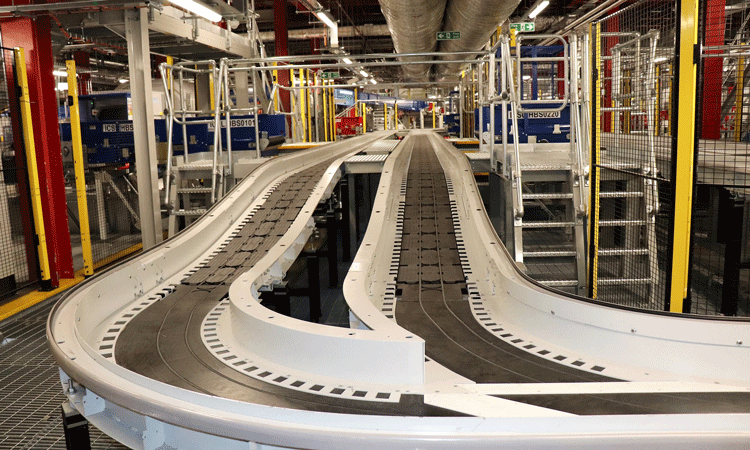 The project, which took four years to complete, is the largest upgrade to the airport’s baggage network since the terminal opened in 1991. Credit: London Stansted Airport

The pandemic may have brought airports to a standstill, but, beneath London Stansted Airport’s (STN) terminal, a £70 million baggage system revamp has been driven to the finish line.

The project, which took four years to complete, is the largest upgrade to the airport’s baggage network since the terminal opened in 1991. Designed by airport luggage experts Beumer Group, the new fast-track, low energy, fully automated system is faster and more efficient than the standalone sortation system that it replaces. It involved replacing the intricate setup of ageing conveyor belts and chutes with nearly 2.5km of track and 180 automated carts. 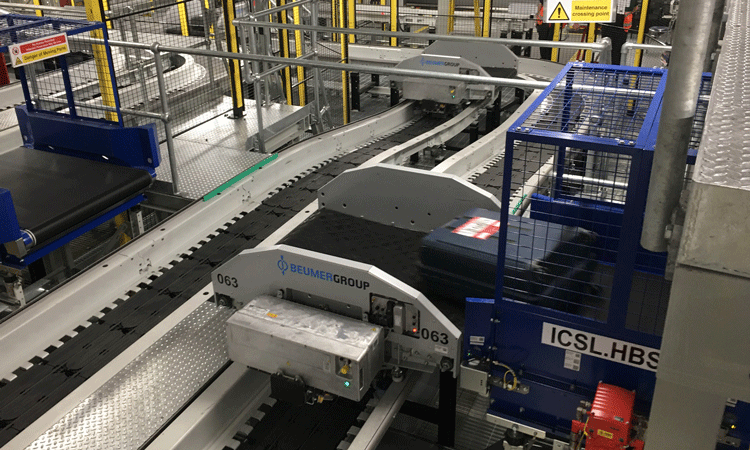 The project, which took four years to complete, is the largest upgrade to the airport’s baggage network since the terminal opened in 1991. Credit: London Stansted Airport.

It’s the longest system of its type in the world and, at speeds of up to five metres per second, bags take around six minutes to travel from check-in to the make-up chute, before being ready to load onto an aircraft. The project also included linking the new system with a new ‘shoreline’ check-in area and the installation of new ECAC Standard 3 hold baggage screening machines, which are required under European Union (EU) regulations.

Overseeing the project was the airport’s Hold Baggage System Programme Lead, Steve Radford. Radford, who has worked in the airport’s engineering department since 1990 and has specialised in airport baggage systems for over 20 years, said: “We’ve invested £70 million in a brand-new baggage delivery system, updating the previous one that had been in place since 1991. The legacy equipment that we had was really coming to the end of its working life, and we needed to link up with the new ‘shoreline’ check-in area, which opened in 2019.”

“We took the opportunity to introduce a completely different design that connected all of the check-in areas together. The work included completely ripping out the existing network of conveyor belts, sorters and chutes and replacing it with a new fast-track web of running track and fully automated carts.”

“We’re delighted to reach this very important milestone. While passengers simply hand their baggage in at check-in for their journey.

Below the terminal is a new, highly automated and complex system that seamlessly and safely ensures that the right bag reaches the right flight at the right time.”

Pre-pandemic, the previous system was handling around 30,000 bags a day. Forecasting completed by the airport has shown that the new system will handle around 55,000 bags a day, which equates to around 4,500 bags an hour.

“The Beumer AUTOVER® Independent Carrier System (ICS) uses the latest digital technology, which will future-proof London Stansted’s baggage operation for years to come, improving performance for both our passengers and airlines. It’s the softest baggage handling system currently on the market, and we’re proud to be the first UK airport to have a full ICS system. It’s been carefully designed so that we can easily introduce more capacity if required in the future,” Radford added.

After check-in, each bag starts its journey on a conveyor belt and is then delivered to its own cart beneath the terminal.

“Each cart is coded with a unique ID, and the main computer tracks which bag has transferred on to which cart. The cart then travels around the network at speeds of up to five metres per second, taking around six minutes to arrive at its designated loading bay before it is transported to the aircraft. It’s fully automated, and several software modules plot every part of the bag’s journey. Each cart navigates itself around the network of tracks to find the quickest way to its destination, whether that is the screening area, link lines or make-up chutes,” explained Radford.

The work was initially carried out in stages to minimise disruption. It involved carefully constructing new chutes and track around the current layout of conveyor belts so that the airport could remain fully operational and continue to process the thousands of bags that it handles every day.

Radford said: “The work coincided with the improvements to the airport’s new shoreline check-in areas as part of the ongoing transformation project. It was a very complex project because we had to keep the airport running normally while the new layout was fitted. With almost 28 million passengers travelling through our single terminal in 2019, we had to get the planning and phasing absolutely spot on. We spent 14 months working with our airlines and all of our other partners, designing the right plan to minimise the operational impact as much as possible. We built extra, temporary carousels to compensate for losing capacity at certain times and also trialled and tested different contingencies, just in case things didn’t quite go how they should.”

However, the drop in traffic because of the coronavirus pandemic meant that the airport could speed up the project and complete it ahead of schedule.

“We would have much rather have welcomed the numbers of passengers that we were expecting, but, under the circumstances, the team took advantage of the situation and did a brilliant job. We introduced safety and social distancing measures and new ways of working to minimise the risk posed by COVID-19. This meant that our teams could remain on-site throughout and deliver the project ahead of schedule. Despite the challenges that we’ve all faced in the last 12 months, it’s been encouraging to work on a project that’s going to have such a positive impact on passengers when they return to the airport,” added Radford. 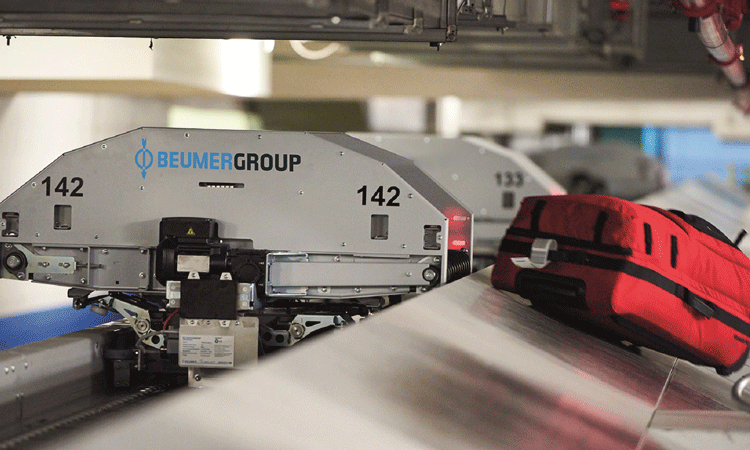 The new system was designed and installed by the principal contractor for the project, the BEUMER Group. Credit: London Stansted Airport.

The new system was designed and installed by the principal contractor for the project, the BEUMER Group. BEUMER Group UK’s CEO, Klaus Schäfer, said: “We commend Stansted Airport in following their strategy and identifying the perfect window of opportunity for remodelling their baggage handling system setup. This now means that the airport has a future-proof system and a great deal of built-in flexibility for years to come. Integrating an end-to-end baggage handling system not only allows Stansted Airport to grow and service their airline customers and passengers, but it also places Stansted in the league of modern airports known for operating with a very efficient baggage handling design to increase baggage traceability and security at every stage of the handling process.”

Steve Radford is London Stansted Airport’s Hold Baggage System Programme Lead. Radford, who has worked in the airport’s engineering department since 1990, has specialised in airport baggage systems for over 20 years.