Using biometrics to increase the safety and efficiency of airport processes 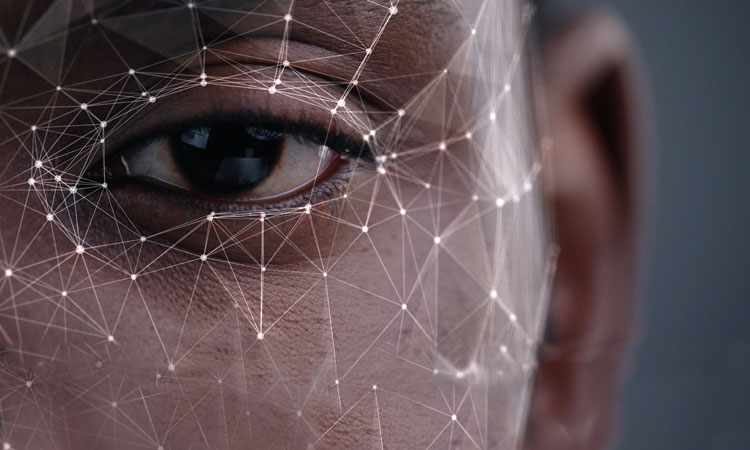 The use of biometrics in our daily lives is already widely established, and the use of biometrics in airport processes worldwide is also old news. Several airports and airlines already use this technology, although, in general, they are individual initiatives and not a broad implementation of this functionality. The lack of data sharing also ends up narrowing the potential of using this technology for the benefit of travellers.

Understanding the great benefits that the adoption of biometrics could bring, not only for increasing the efficiency of airport processes but also for the security of air transport, the Safer Boarding Project was created, an initiative of the Brazilian government, implemented by the Ministry of Infrastructure in partnership with the Federal Data Processing Service, known as Serpro. The project aims for biometric verification of passengers’ identity and the use of facial recognition to allow access to the airport departure lounge, passport control and boarding without the need of any document or boarding pass.

The Safer Boarding Project was planned to address the need to improve aspects related to the security and facilitation of air transport. Previously seen as antagonistic points – where the increase of one would invariably lead to a reduction of the other – today, mainly due to the improvement of technology, it is possible and desirable that those principles evolve together.

Currently, for national domestic flights, in addition to the boarding pass, it is necessary to present a valid identification document in order to ensure that the passenger is the ticket holder, as required by the Brazilian Civil Aviation Agency (ANAC).

To prove the traveller’s identity, any civil identification documents valid throughout the country are accepted, such as state-issued identity cards, national driver’s licences, passports, identification documents issued by professional councils and military bodies, functional identities issued by the government, among others – many of them with fragile controls in their issuance. The airline employees are responsible for checking passenger identity but, as much as they have been well trained, they are not an authority capable of properly identifying document fraud.

In order to avoid the chances of identity fraud, it is understood that the burden for verifying the identity of travellers must be taken by the federal government, based on government databases whose data entry is secure and with low exposure to fraud, such as the National Passport database, the National Electoral database developed by the Superior Electoral Court and the database of the National Driver’s Licence of the National Traffic Department – Denatran, developed and administered by Serpro.

Thus, the main goal of the Safer Boarding Project is to check the identity of travellers by biometric validation of the passenger at check-in, cross-checking it with the biometric record contained in government databases and enabling an accurate and secure verification of the traveller’s identity. In addition, by linking their biometrics to the boarding pass, the entire journey of the passenger within the airport environment is done without the need for further identity checks or presentation of documents.

Although severely impacted by the COVID-19 pandemic, growth projections of the airline sector have already indicated a saturation of the current national airport infrastructure in a few years. So, it is essential to encourage the use of technology to optimise processes and make better use of the installed infrastructure, resulting in improved efficiency and reduced operating costs, both for airports and airlines.

Furthermore, biometrics enhance the passenger travel experience, enabling the traveller to have a seamless journey, free of any kind of document exchange, which is even more important during a worldwide public health crisis.

The adoption of biometric identification will affect the way that airport processes are currently conducted, especially at passenger checkpoints: check-in, access to the departure lounge, passport control and boarding.

With the project, the verification of the traveller’s identity will be carried out at the time of check-in and, by linking their biometric data to the boarding pass, will allow them to pass through the other checkpoints using only their biometrics.

At the moment of check-in, the biometric data of the traveller is registered, using their unique national taxpayer number as a key, and taking a frontal photo in the airline application. This information is transferred using a tool developed by Serpro to allow for the verification of biographic and biometric data in government databases.

The biometrics check by consulting government records will only be carried out at this stage, and the following conferences – for access to the departure lounge, passport control and boarding – will be made using the photo captured at the time of check-in. Thus, a parallel biometric database will be developed, allowing the storage of the most recent photo of travellers. If expressly authorised by the passenger, their biometrics may be stored for future trips, exempting them from the registration step on future flights.

In addition to the security and facilitation improvements already mentioned, the Safer Boarding Project will bring further benefits to airports and airlines, with a significant reduction in operating costs expected through the adoption of biometric recognition technology.

Also, if given permission to access passengers’ information, airports and airlines will be able to offer an improved travel experience via exclusive and tailored benefits and customised communication with that passenger, allowing for an eventual revenue increase.

For the companies that provide technical solutions for biometric recognition, the adoption of the project will foster the national market, opening new business opportunities and enabling sector competitiveness to reduce the costs involved in the acquisition of equipment, as well as its maintenance.

Passenger benefits will be clear to see, with significantly reduced boarding waiting times, in addition to the possibility, through consent in sharing their personal data, of a personalised travel experience, fitting the profile of each traveller.

Treatment and protection of passenger data

The Safer Boarding Project has, as its premise, the security of passengers’ personal data and also the protection of this information against its unauthorised use being fully aligned with the National Law of Protection of Personal Data (LGPD).

Specifically relating to the identification of passengers, the LGPD establishes that the processing of personal data is legal if carried out by government for the exclusive purposes of public security, national defence, state security or investigative activities and prosecution of criminal offences.

As for passenger personal data being used by airports, airlines or other private sector stakeholders to improve the travel experience, for example, such sharing can only be done with the consent of the data holder in writing or by other means that demonstrates the manifestation of its will and should refer only to determined purposes.

With the Safer Boarding Project, the use of biometric passenger identification and the sharing of their travel information goes beyond the simple substitution of a boarding pass or physical identity document. It will change the relationship between travellers and airlines, airports and public agencies and will bring security, efficiency and benefits to all involved.

As a member of the Brazilian government since 2009, Carlos Eduardo Gomes Souza has worked as an Airport Performance Coordinator in the National Civil Aviation Secretariat of the Ministry of Infrastructure for the last six years, and was responsible for planning and implementing the project of end-to-end biometrics in Brazilian airports and other matters related to air transport facilitation. Now, he is at the Integrated Planning area of the Ministry, in charge of national transportation policies assessments, but still following the aviation sector projects.

Felipe Pereira de Sousa has worked at the National Civil Aviation Secretariat of the Ministry of Infrastructure since 2014, being involved with the evaluation and improvement of the facilitation and performance of air transport in the last three years. He participated in the design of the boarding project using facial biometrics and, currently, as Operational Performance Coordinator, he is part of the team responsible for implementing the tests for the Safer Boarding Project at Brazilian airports.