An app to help restore passenger confidence in air travel

ACI has launched a new Airport Health Measures Portal, which will enable passengers to access all of the information that they need online or via an app. This free tool will aid the recovery of the aviation industry says Nina Brooks, Vice President of Security, Facilitation and Innovation at Airports Council International (ACI) World. 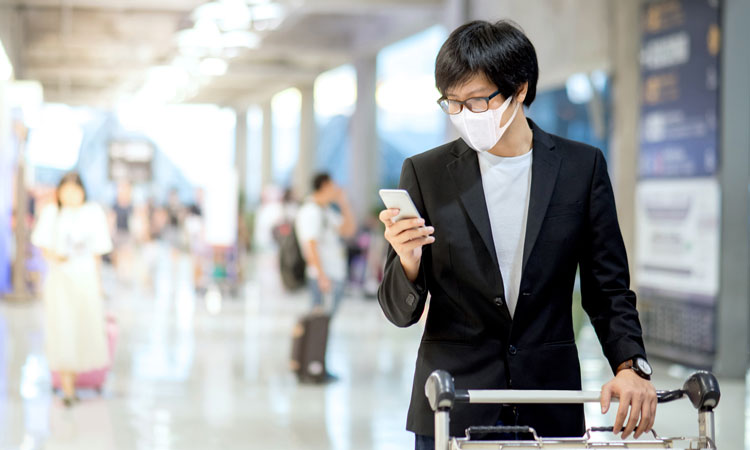 The recovery of air travel is crucial in the wider global economic recovery, but to succeed, it will need passengers to have confidence in the industry’s focus on their health and welfare.

Studies show that the additional health and safety measures introduced by airports and airlines mean that the likelihood of COVID-19 transmission during air travel is extremely low.

Airports Council International (ACI) World recently published its ASQ Global Traveller Survey, which reveals that half of those surveyed want to travel again soon. This can be attributed to a strong level of confidence in the environment safety provided by airports and airlines.

The survey found that 48 per cent of travellers considered themselves likely to travel within the next three months, but despite this eagerness to travel, the recovery is dependent on a multitude of factors. Passengers expect new measures to be put in place to address health risks.

The continuing complexity of measures in place have added to passenger confusion, but passengers expect new health and safety measures to be put in place throughout their journey, and need a reliable source of information to enable them to properly prepare. Alongside its Airport Health Accreditation programme, with more than 100 airports now accredited, ACI has launched a set of tools which provide passengers with information about the health measures in place at airports around the world.

The set of tools ensures that passengers can see what measures they can expect when departing, arriving or transiting through airports, as well as providing information to the airport community and across the industry.

ACI has made available a set of tools on its Airport Health Measures Portal to enable passengers to get all of the information that they need in one place, in the way that they need it.

Currently, more than 300 airports have made their information available. The tools include a public facing, user-friendly web portal and a mobile app for passengers and a website for airports to record and update their information, as well as query other airports’ information, and an application programming interface (API) that can be used by third parties to obtain and use the data.

The feedback from airports is extremely positive. Airports identified a need to be able to compare themselves with others, and to be able to provide information to their stakeholders (passengers and airlines) at destinations served by their airport.

For this reason, an airport-centric app, ‘AirportCheck’, was developed to enable airports to find statistics on measures implemented and study regional and country-based information. This is supported by an airport-centric website that provides a regional breakdown.

Airports enter their information directly into the web portal. Multiple contacts can be set up for an airport, and new users are approved by ACI to ensure that they are associated with an airport.

The airport contact can then enter all of their data into a web-based form and submit it for approval. ACI checks that the answers are in a valid format (but does not verify measures or amend data) and adds the airport health accreditation if it has been awarded. ACI will contact an airport if something is flagged that may need adjustment.

Information is then published to the web and the apps. Airports can update their responses at any time and, once validated, the new responses will be available.

The tools are based on the Aviation Community Recommended Information Services (ACRIS) – ACI’s standard for industry data exchange. This means that data is also available through an open API that can be used by any industry stakeholder who wishes to use and publish the data themselves. A great deal of interest has been generated, from airline alliances to major tech providers. ACI does not charge for the use of the app, or the API, given that this is such an important tool to aid industry recovery.

A group of airports, led by San Francisco International Airport (SFO), alongside several of ACI’s World Business partners, ACI World and ACI North America, developed the tools on a voluntary basis, giving up their own time and resources, often stretching over weekends and holidays.

On initial launch, data was gathered from participating airports by survey, in order to populate the database with real data and enable the development team to work quickly to make the tools user-friendly. The database has been developed in a flexible manner that enables ACI to add further questionnaires as the need arises.

Ian Law, Chief Information Officer at SFO and Chair of the ACI ACRIS Working Group, said: “The ACI Airport Health Measures initiative exemplifies the power of game‑changing, cross-industry technology collaborations. I am proud of the airports and business partners that rose to the challenge in these extraordinary times.”

From the initial 40 airports participating in testing, now over 300 airports have provided their data, representing 57 per cent of the world’s air traffic (based on 2019 traffic). The IOS app has been downloaded more than 1,800 times, and we expect a similar response from the Android app.

ACI is proud to have worked with its member airports and partners in such a collaborative way to provide tools for passengers and the industry, alike.

Nina Brooks is the Director of Security, Facilitation and IT at Airports Council International (ACI) World. She has extensive experience in facilitation and security for both airlines and airports. Nina has a degree in Computer Science and started her career in the UK as a programmer, analyst and project manager. Having caught the aviation bug, Nina worked on border and aviation security regulation and facilitation for Virgin Atlantic Airways in the Government Affairs Team. She moved to the International Air Transport Association (IATA) in Canada in 2007 as Head of Security and Facilitation Projects, and also worked as Director of Borders and Security at InterVistas Consulting, prior to joining ACI in 2015. Nina teaches Aviation Security at McGill University in Montreal.