How Cardiff Airport aims to keep ahead of the technological trend

Dewi Gaylard, Head of Information, Communication and Technology at Cardiff Airport, discusses how to make a relatively small airport stand out from the crowd, changing mindsets of the industry and putting passengers first when implementing new technologies. 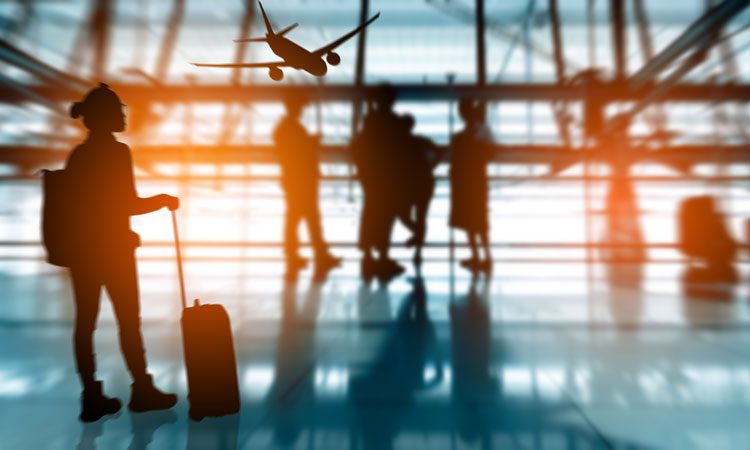 Over the past year, Cardiff Airport has delivered eight per cent growth in passenger numbers and welcomed more than 1.58 million people through the airport – this is a growth of nine per cent from 2017 and 16 per cent in 2016. Passenger growth has now reached 60 per cent overall since the airport came under public ownership in 2013. We caught up with Dewi Gaylard at International Airport Review’s Airport IT and Security conference to see what technologies Cardiff has implemented to cope with passenger growth.

“Passenger growth is key to Cardiff Airport and it’s something we’re looking at in the future,” Gaylard said. “We’re coming upon a couple of struggles at the moment with the capacity we can actually hold at the terminal, so we’re currently looking at new queue systems so we can have better performance through check-in all the way through to the gate process. 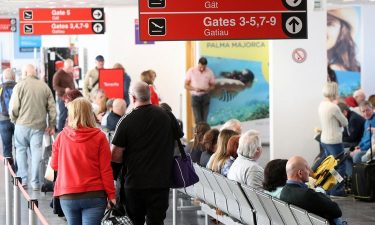 “We’ve also recently seen the second phases of our self-service bag drops kick in, to a great success, which is helping,” Gaylard continued. “We were quite early adopters of the electronic gates going into central security and tracking passengers through that process.

“It’s something we’re very much looking to develop and work on as well into the future and moving forwards, as a strong growth point prospect for us.”

With the airport showing such impressive passenger growth numbers, passenger satisfaction is clearly an important aspect for the airport. In fact, it recently decided to hold a meeting to explore ideas and agree the scope for its proposed PRM and Disability Forum.

“Traditionally, the airport industry has been driven around your cargo or destination mapping. Passenger influence and the passenger journey is now helping shape the influence of airlines and everyone else coming into the airports,” he explained. “So, I think, if you’re not ready for this change, are not ready for what these airlines want these days, you’re kind of messing yourself up on the market.”

Cardiff Airport recently unveiled its Masterplan which has included many ambitious plans for the airport, especially around the passenger and new technologies. Just how important is implementing new technologies as part of Cardiff’s future progression plans?

“Technology is so embedded within society now so it’s something we cannot forget about, it’s something we’ll have to embed in our growth and our planning within the airport,” he continued. “It is at the forefront of everything we’re looking at. Security is fundamentally first, and then the process and the passenger way coming in second. 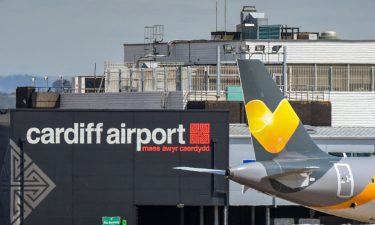 “There’s a great demand in what we’re seeing in these areas. With the self-service bag drops etc, passengers are enjoying having that self proficiency in being able to do it themselves. So that’s where that kind of technology helps, like the electronic gates.”

This was clearly an important addition to the airport, requiring funding from the Welsh government (the UK Government allows ePassport gates to be fitted free of charge by UK Border Force only at airports with more than two million in-bound passengers a year so the UK Border Force required a substantial capital payment from Cardiff Airport to install the recent e-gates).

Biometrics is definitely up and coming. I think it’s kind of hitting its golden age.”

“I would say probably in the next 12 months or so we’re going to see a larger uptake of biometrics and boarding. I think that’s fundamentally there,” Gaylard said. “Biometrics is definitely up and coming. I think it’s kind of hitting its golden age, and we’re not just talking about your fingerprints, your facial recognition. I don’t think there’s a modern phone out there these days which can’t handle that, and as that trend is changing within society that’s the expectation which is going to be set in everything that we do within the airports.

“We’ve also seen great success speaking to other partners in other airports with passenger tracking; it’s been a great business intelligence tool for airports. Automation is going to be a key step in that, and I think the biometrics side of it just makes that step a little bit easier for the passenger.”

Airport IT & Security, International Airport Review’s annual conference, gathers industry leaders from across the globe to discuss hot topics with airport IT, including use of automation, data-sharing, robotics and digital identities. Register your interest for Airport IT & Security 2020 now!

Automation and data tracking obviously comes with its own concerns with regards to data privacy, what is Cardiff Airport doing in regards to that?

“Data privacy is about how we manage data and what it’s looking at, and making sure that our passengers are sure that their data is safe and secure. Data is such a big thing at the moment and I think it is just going to evolve.

“Data manipulation and data relation is probably one of the biggest challenges in the industry along with the cultural understanding of our passengers, and what that data is being used for, compared to how they want to interact with these new systems.”

In regards to the “cultural understanding”, do you think passengers are ready for some of these new technologies?

“We talk a lot today about a cultural shift within our own teams in airports, but I think that cultural shift also has to change within society itself,” he told us. “You’ve got different demographics of passengers coming through. You’ve got the technology-hyped kind of passenger and then the older generation who aren’t quite as tech savvy. 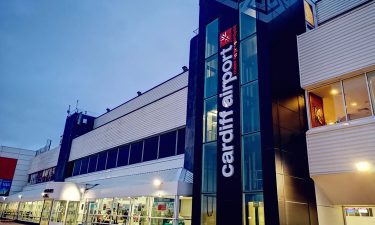 “I think that’s a barrier that needs to be managed. It’s not right for us to just put in what’s the latest and greatest and just expect society to change with it, so we’ve got to be a little mindful.”

“We’re a sub-two million airport and even on our border control, for us to implement the e-gates was a big step, it means we’re not being forgotten about or left behind,” he said. “We’ve got ambitions. We’re a capital city airport, so we’ve got to make sure we’re at the right level and our expectations are right for us as well as our passengers.

“The UK has high passenger flight numbers, especially for such a small area, and it can make the competition quite saturated. So it’s about innovation, and giving change and direction to that and I think that’s where Cardiff could be of benefit.

“There are a lot of established airports out there, we’re not trying to copy them, or be them. It’s what can we do differently to find our niche, to secure our place and to stand out within the aviation world.”