The investment from the UK Government to upgrade Gatwick Airport’s train station will include a larger concourse, five new lifts and eight new escalators. 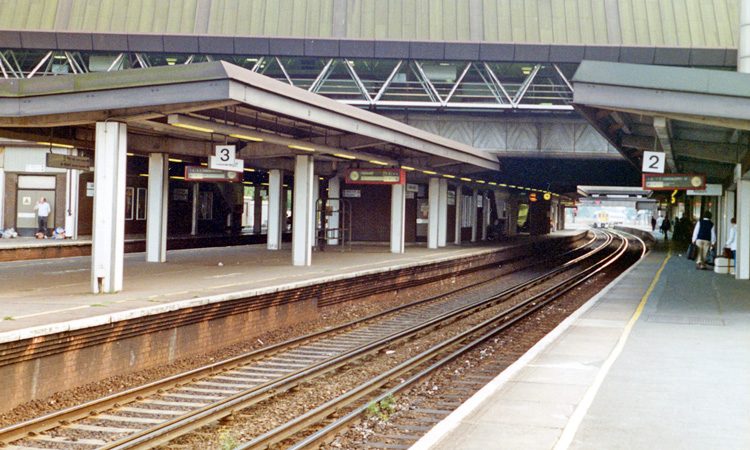 Tens of millions of rail passengers travelling to and from Gatwick Airport will benefit from improved accessibility and swifter journeys, after the Department for Transport (DfT) announced a £150 million scheme to upgrade the station.

The renovation will reduce train delays caused by platform overcrowding and congestion, while also improving passenger experience by providing easier connections to other destinations.

Planned upgrades will include doubling the size of the station concourse, adding five new lifts and eight escalators to improve passenger flow, and widening two platforms to reduce overcrowding.

Transport Secretary, Chris Grayling, said: “With 46 million people now using Gatwick Airport every year and 20 million coming by train, it is vital that we make the station more accessible and customer friendly for those travelling through it. The UK’s second largest airport has direct rail links to more than 120 destinations and is an important public transport hub.

“We want to see Gatwick Airport’s success continue to flourish and ensure that it is ready for even more passengers in the future. Through this £150 million investment, we will deliver vital upgrades to boost the station’s capacity and provide better, seamless journeys for all.”

Stewart Wingate, Chief Executive Officer, Gatwick Airport, said: “Gatwick has been transformed in recent years and the redesigned train station will take the airport’s redevelopment to the next level by providing a seamless transition between the airport and the station, more lifts, escalators and a doubling in the size of the concourse. 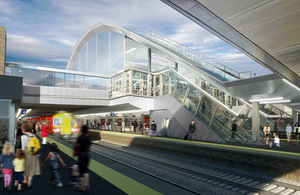 “The new station will complement the huge improvements to rail services at the airport, which include new fleets of Gatwick Express and Thameslink trains and services that now leave the airport for London every three minutes – as frequently as services on the tube.

“The project is a fantastic example of the public and private sector working together to deliver a world-class transport hub that will comfortably manage the expected growth in air passengers and also encourage people to switch to rail as part of our push to get more people to travel to the airport by public transport.”

The number of people using Gatwick Airport station each year has grown by six million since 2010. Currently the station is not designed for the high volume of daily passengers, often carrying bulky luggage.

The renovation will be managed by Network Rail, in partnership with DfT. Gatwick Airport Ltd and Coast to Capital Local Enterprise Partnership are co-funding the project with £37 million and £10 million respectively.

Paul Harwood, Director of Investment for Network Rail, said: “The transformational enhancement to Gatwick Airport station will provide passengers with a much smoother and more pleasant experience and also reduce train delays.

“Along with the recent improvements on the Brighton Main Line and our record £4.3 billion funding settlement for maintaining, operating and renewing the railway over the next five years, this investment is excellent news for passengers, businesses and the economy.”

The improvement works will start in spring 2020 and will take around two years to complete. The works will be sequenced to ensure minimum disruption.