Vision-Box and partners have signed an agreement to officially launch the “Known Traveller Digital Identity” service, which will facilitate paperless border clearance between Canada and The Netherlands. 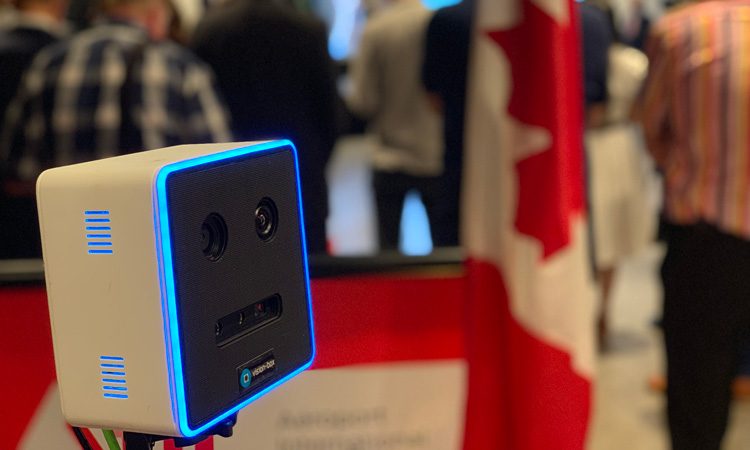 The programme will allow travellers flying between the two countries to enjoy a seamless journey, whereby a simple face scan will be enough to identify the passengers boarding a plane at departure, and to clear immigration on arrival. They won’t need to show their travel documents or go through any further checks. Partners of the initiative are The World Economic Forum and the Governments of Canada and The Netherlands, in collaboration with implementing partners Air Canada, KLM Royal Dutch Airlines, Amsterdam Airport Schiphol, Toronto Pearson International Airport, and Montréal-Trudeau International Airport, and technology partners Accenture and Vision-Box.

In addition to celebrating the partnership, the agreement signed formalises the intent to collaborate, to design and to implement the Known Traveller Digital Identity Pilot Project. The pilot will be based on the issuance of a digital identity – a Passenger Data Envelope – for each passenger prior to departure, including the self-service enrolment of their biometrics via a dedicated application. The identity is authenticated by the participating governments, which then virtually travels between the two countries, pre-approving the passenger to clear the border on arrival as a “Known Traveller”, meaning seamlessly, without needing any checks besides a quick face scan on-the-move.

This is made possible because the destination authority has been provided with early, trusted and verified information prior to the passenger’s arrival. This actionable intelligence at the arrival is facilitated by the Vision-Box Orchestra platform already deployed at Schiphol Amsterdam, as part of the Seamless Flow programme, allowing automated border control to operate in contactless mode. This is yet another proof that the public-private collaboration where governments act as trusted identity brokers, is foreseen to become a fundamental pillar of end-to-end seamless travel. A demo of this concept was conducted in Montreal at the agreement signing event.

The Known Traveller Digital Identity is a unique example of enhanced intergovernmental and public-private cooperation, motivated by the priority of a seamless traveller experience, realised under a unique interoperable framework of digital identity. By connecting the departure with the arrival of a passenger, the journey is substantially streamlined, avoiding repeated tasks, improving the safety of citizens and optimising operations.

“This is an important step in the usage of leading-edge technologies at the service of the cross-border movement of people. The Known Traveller Digital Identity is a key initiative in the domain of Identity Digitisation, beacon of modern travel. It will contribute to the establishment of standards for global interoperability and privacy-preserving identity management models that will bring significant opportunities for the aviation, travel and tourism industries. This is another key milestone of the delivery of the One iD framework, where our technology and orchestration platform contribute to the concrete expression of modern travel.”, said Miguel Leitmann, Vision-Box CEO.