The Master Plan includes an investment of £500 million which will focus on transforming the terminals and therefore the passenger experience. 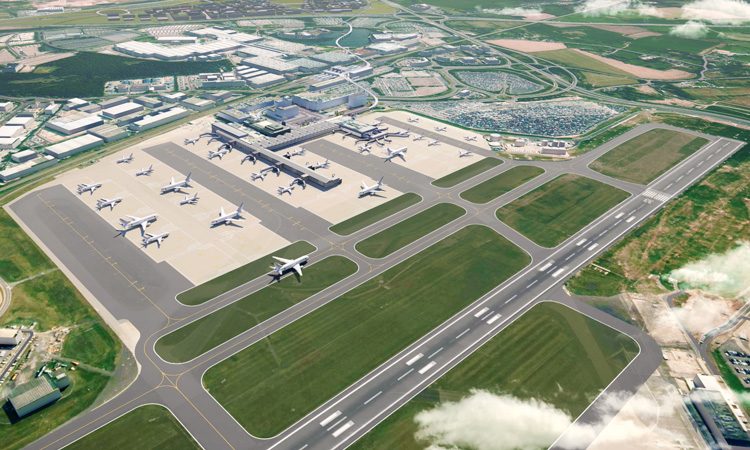 The Master Plan outlines how the airport will develop its site to handle the increase in passenger numbers up to the year 2033. It includes an investment of £500 million that will transform the terminal and customer experience, whilst creating jobs for 34,000 people and over £2 billion regional economic benefit.

The final plan addresses feedback received during the consultation period, which began in autumn 2018. The programme of engagement was devised to give interested parties the opportunity to provide their views on the draft Master Plan and Surface Access Strategy. It included 20 public consultation events in local communities, as well as meetings held with a range of regional stakeholders and community groups, and a dedicated website for respondents to answer a series of set questions and submit comments.

Over the 12 weeks, 129 responses were received, with the majority responding to the set questions via the website. A total of 132 people attended the public events that were held in 20 venues across Solihull, Birmingham, Coventry, Walsall, Wolverhampton, Dudley and Sandwell.

In summary, 77 per cent of respondents supported the decision by the airport to make use of its existing runway, whilst 70 per cent agreed it should safeguard land for the future. Meanwhile, 73 per cent were in favour of the airport doing more to maximise employment and economic benefits and 74 per cent wanted to see it minimise environmental impacts as it grows, whilst 70 per cent agreed with its approach to community engagement.

The most common themes of feedback were around surface access, the environment and flight path changes – as well as a desire to see more flights to the U.S. and Far East. The main changes made to the final Master Plan were around strengthening information on inclusive growth, air pollution and the airport’s commitment to reduce its carbon footprint.

Nick Barton, Birmingham Airport’s CEO, said: “We’ve applied significant efforts to consult far and wide, through as many channels as possible, with as many people as we could, to give people the chance to tell us what they think of our future plans. We’re therefore pleased to see that the majority of feedback received was in general support of our plans for growth, which were considered to be sustainable, economically viable and socially responsible.

“Making our future vision available to our neighbours and regional partners gives clarity and guidance and we’re very grateful to all those that took time to give us their feedback. This has helped us ensure that our future plans are right and will benefit our local community and the wider Midlands region.”