Changi Airport’s growth continues as three new airlines and seven new city links are added to the portfolio at the hub airport. 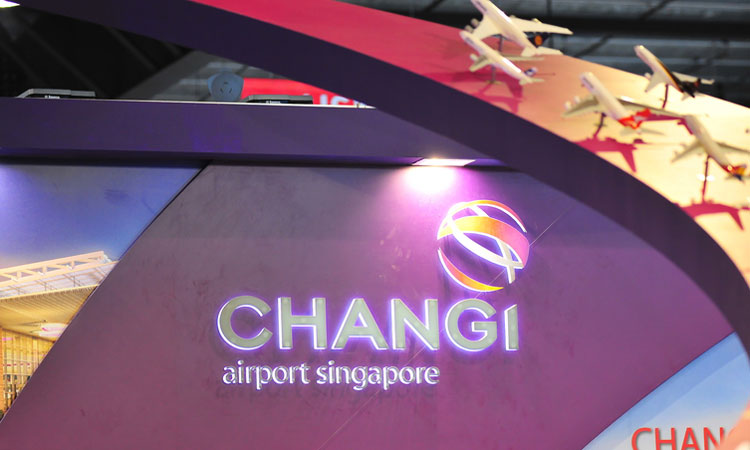 Singapore’s Changi Airport registered a strong performance in 2018, handling a record 65.6 million passenger movements (up 5.5 per cent) for the year with 386,000 landings and take-offs (up 3.4 per cent). Airfreight throughput increased by 1.4 per cent and reached 2.15 million tonnes in 2018.

December was once again the busiest month of the year, recording 6.13 million passenger movements (up 4.5 per cent) and 33,400 (up 1.4 per cent) aircraft movements. Airfreight throughput dipped 3.8 per cent to 182,000 tonnes. For the first time in a month, Changi Airport welcomed more than six million passengers. The busiest day of the year was the 21 December 2018, with 221,155 passengers passing through Changi’s terminals – another new record for the airport.

In 2018, Europe, South Asia, the Americas and Africa recorded double digit growth. Among Changi’s top 10 markets, India and Japan registered the strongest growth rising 12 per cent and 10 per cent respectively. This was followed by China and Vietnam which saw annual growth of 7 per cent.

Changi Airport’s top 10 routes remained unchanged although there were slight changes in the rankings. Bangkok and Denpasar each moved up one spot to second and sixth position respectively. Six of Changi’s top 20 routes grew by at least 5 per cent – Denpasar, London, Manila, Melbourne, Mumbai and Sydney.

Growth was observed for airfreight throughput across all segments – exports, imports and transshipments. For the year, the top five markets for airfreight were China, Australia, Hong Kong, the United States and India.

Connectivity to Europe strengthened with non-stop links to Warsaw and Berlin. Qantas reinstated its Singapore-London service, while Lufthansa resumed operations to Munich. Changi Airport is directly connected to 19 cities in Europe, a 10-year high.

On the ultra-long-haul front, Singapore Airlines launched the world’s longest flight to New York (Newark), as well as introducing a non-stop services to Los Angeles. Traffic between Singapore and the continental United States increased 21 per cent in 2018, with 74 weekly services to Houston, Los Angeles, New York, San Francisco and Seattle.

To pursue sustainable traffic growth across various passenger segments, Changi Airport Group (CAG) collaborated with travel industry partners through new initiatives and partnerships. The ‘Changi Stopovers’ programme, aimed at encouraging passengers travelling through Changi Airport to stop over in Singapore, was jointly launched in partnership with the Singapore Tourism Board. The programme provides attractive options for travellers to enjoy a stopover holiday in Singapore when they visit Southeast Asia or while on route to a long-haul destination. It also strengthens Changi Airport’s position as a regional hub of choice, enhancing traffic for its airline partners.

CAG also embarked on a new initiative to work with travel agents to offer flight charter services to new destinations in China, such as to Guiyang and Zunyi. Charter services to other Chinese cities such as Yancheng, Yichang and Zhangjiajie are also being explored. Charter services are key to cultivate demand to new cities and pave the way for scheduled services. China is Changi’s third largest market, with 15 airlines operating more than 370 weekly services to 36 city links.

Mr Lim Ching Kiat, CAG’s Managing Director, Air Hub Development, said, “2018 was another strong year for Changi Airport. We are pleased with the introduction of new city links, as well as the growth of long haul routes from Changi Airport, including the launch of the world’s longest service between Singapore and New York. Non-stop services to the United States have now doubled to 40 per week, providing greater convenience to our passengers.

“Our newest terminal T4 completed its first year of operations, and served 8.3 million passengers in 2018. Later this year, Jewel Changi Airport will open its doors to the world. With aviation facilities, retail offerings and play attractions, Jewel will augment Changi Airport’s status as an air hub. Terminal 1’s expansion will also be completed, increasing the airport’s handling capacity to 85 million passengers per annum.

“We expect 2019 to pose challenges include rising fuel prices and trade tensions. While these potential headwinds may impact the industry, demand for air travel in the Asia Pacific region is forecast to grow steadily. Together with our airport community and partners, we look forward to strengthening our connectivity and better serving our passengers’ needs.”