The number of passengers at Helsinki Airport are growing more rapidly than anticipated, which has meant that more airport space is needed, made possible through gate area reorganisation. 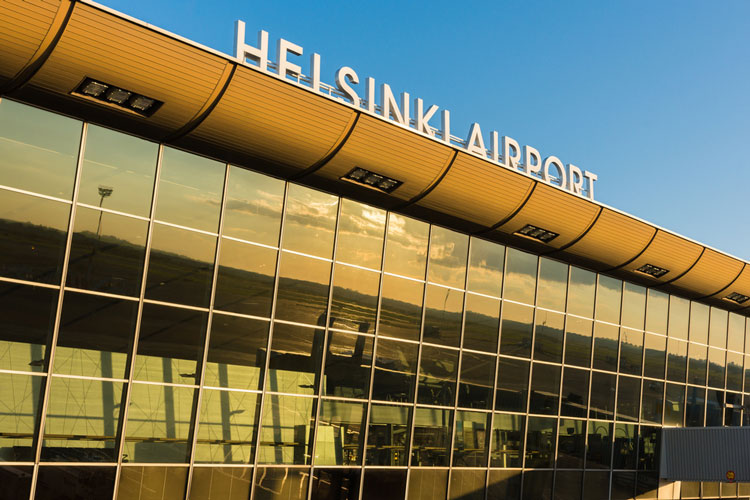 The number of passengers at Helsinki Airport has risen by four million in the last two years. Of these, more than three million can be estimated to travel via the so-called Schengen area, from which flights depart for Finland and other parts of Europe. Within the same period, the surface area of the space has not increased by a single square metre. Hence, capacity has been added by reorganising the existing space.

“The Schengen area in Terminal 2 will not receive extra space until the expansion is ready, approximately in 2022. That’s why, in the last two years – and especially in 2018 – each metre squared of the terminal area has been assigned to passenger use,” explains Timo Järvelä.

“The domestic flights gate area is the busiest and most congested part of the airport. Of course, the customer experience is influenced by many factors, but the most important of them is whether the passenger has room to move around and find a place to sit.

Based on customer satisfaction monitoring, satisfaction specifically with the comfort of the gate area has been below average. The monitoring has revealed that, on average, the customer experience has been clearly poorer during the airport rush hours. This is why it has been deemed one of the key areas of development at the airport.

“So we must tackle the greater-than-expected number of passengers now, without waiting for the extra space to be completed. We have changed 10 domestic flight gate areas in the last year,” says Järvelä.

Process automation speeds up, for instance, the loading of passengers on planes. For this reason, e-gates have been deployed at all bridge and bus gates which automatically scan the passenger’s ticket, avoiding the bottleneck created by a person working at the gate. Automation helps in reaching a certain destination but finally, the greatest effect of passenger flow control is on the customer experience.

“To give an example, by small changes and area definitions at one of the busiest areas of the airport, gates 26–27, we have managed to get passengers waiting for their flights away from the main corridor. A hundred additional square metres of waiting area at the gate translates to a hundred fewer people blocking the corridor. We have used a similar solution at gate 21, where the waiting area and the corridor are separated by a wall,” explains Järvelä.

“Another important measure is to direct passengers moving in different directions to their own lanes, in which case a space of one and a half metre is ample for keeping the flow going. If people were walking in both directions in a corridor three metres wide, the result would be chaos.”

In the domestic flights area, the corridor is at its narrowest near gates 17, 18 and 19, which creates flow challenges during peak times. The goal was to get passengers waiting for their flights away from the corridors; this is why it was decided to renovate the storage space located at the ground level into a passenger waiting area.

“Our goal is to create 500 metre squared of new passenger space by next summer via this renovation. The timetable is optimistic, but then again, so are we,” chuckles Järvelä.

In addition to these changes, the surface area of the Schengen area will be increased by the Terminal 1 expansion, which will open in summer 2019.

“We are now focused on keeping the customer experience at a good level, so that when the additional space is completed in 2022, we can lift it to an excellent level,” summarises Järvelä.