Study conducted by PowWowNow has developed a list of best and worst airports to work remotely at, Japan tops the list, while the UK falls short. 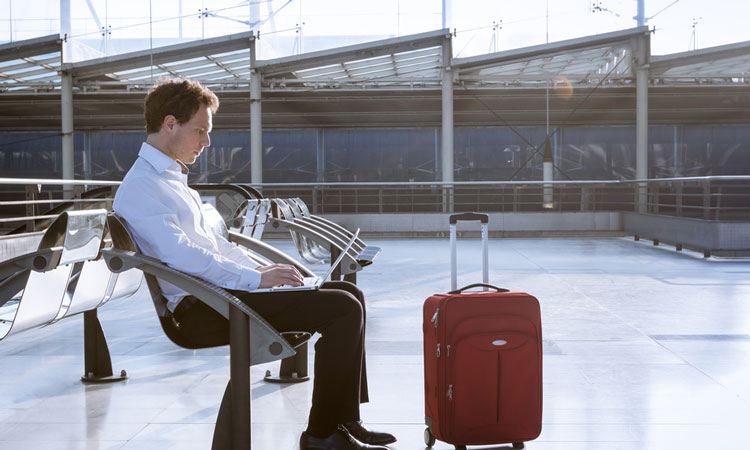 A study carried out by PowWowNow, a web meeting provider, has ranked the busiest airports in the world to find out where passengers are more likely to be able to carry-out remote work before boarding. In order to rank them from best to worst, PowWowNow analysed the following factors:

Taking all these elements into account, they combined and weighted the results to produce an overall index score out of 10 for each airport.

Narita International Airport in Japan scored highest across the ranking factors, making it the best airport to work remotely.

With 30 lounges and free Wi-Fi access, there’s plenty of space to work in before boarding. Narita is also less crowded than other airports on the list – it sees the second fewest number of passengers walk through its doors (40,631,193), suggesting it is a place to concentrate.

Suvarnabhumi International Airport in Thailand is also a successful environment to work in. With 31 lounges offering free Wi-Fi access, a high quality of service (8.4), and good passenger sentiment (7.7).

Despite being the sixth busiest airport (with 78,014,598 annual passengers), London Heathrow sits comfortably in the top 10 best airports for remote working.

Boasting the highest number of lounges on the list (44), the airport offers plenty of space to escape the crowd and to work. It also had high on-time performance (8.2) and good quality of service (7.8).

The world’s busiest airport, Hartsfield–Jackson Atlanta International Airport in Georgia, USA, may have scored well for on time performance (8.4) and quality of service (7.4), but scored low marks for passenger sentiment (0.9), receiving an overall ranking of 5.1.

While the flights might usually be on time, Hartsfield-Jackson Atlanta only has 15 lounges to accommodate its annual 103, 902,992 passengers. This congested environment undoubtedly makes it a difficult place to concentrate on emails and other tasks.

London Gatwick Airport follows closely behind Hartsfield-Jackson Atlanta, receiving an overall index rating of 5.6 and ranking the lowest for passenger sentiment (0.6). However, it scored well for on-time performance (7.3) and quality of service (7.4) suggesting it prioritises flight experience over airport facilities.

Barcelona El-Prat also fares badly for remote working and is the only airport on the list without free Wi-Fi access in its lounges (0.5). With only four lounges, finding some quiet space to work is difficult.

It did, however, top the list for passenger sentiment (8.0), making it the most popular airport in the survey.

PowWowNow Managing Director Jason Downes said: “More and more people have to travel for work, which is why it’s so important to be able to work on the go. This is even more apparent at airports, where most passengers wait a couple of hours for their flights, it makes sense to make use of that time to finish off work. If you’re a constant business traveller, look out for the less busy airports, which offer comfortable areas where you are able to work, with a free Wi-Fi connection and a good quality of service.”