The draft Master Plan demonstrates how growth will be balanced with a responsibility to the environment and the people who live and work in the airport’s vicinity. 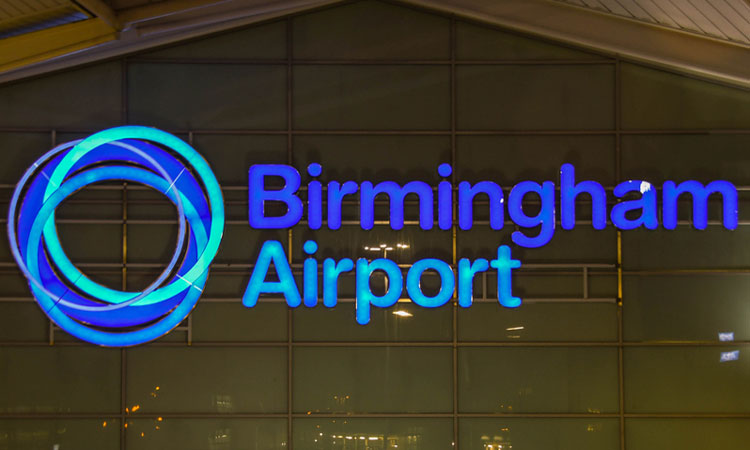 Birmingham Airport has launched its draft Master Plan, entitled,‘The Midlands Gateway to the World’. The plan sets out, in detail, how the Airport will make a self-financed new investment of £500 million over the life of the plan to improve, modernise and extend facilities that will deliver increased capacity for our airline customers and enhance the passenger experience.

The draft Master Plan further reinforces the integral part the airport plays as a catalyst for growth across the Midlands and in the UK’s economic prosperity. It outlines the airport’s role in driving future economic benefit to the region which will increase by 42 per cent, totalling £2.1 billion a year and 34,000 jobs by 2033. A greater choice of flights and destinations, alongside improved regional connectivity and a direct link to HS2, are vital to the continued growth of the region’s thriving economy. The global markets to which the airport connects help to drive international trade, investment, employment, inbound tourism and the success of the region’s many universities.

The airport will continue to improve air links for people in the region, providing more flights to cultural hubs, business centres and a greater choice of outbound holiday destinations. It will continue to expand the existing wide range of short-haul and long-haul scheduled and charter services and destinations, with both full-service and low-cost airlines.

Building on existing commitments to sustainability and community support, the draft Master Plan demonstrates how growth to become one of Europe’s leading regional airports will be balanced with a responsibility to the environment and the people who live and work in the airport’s vicinity.

This ambitious yet sustainable plan is focused on addressing the key constraints to more rapid growth. This will involve a major expansion of the terminal facilities, the construction of additional new aircraft stands, and working with national agencies and regional partners to deliver improved public and road transport surface access for passengers.

All of the forecast demand growth is fully achievable on the existing single runway which has the physical capacity to handle 25 to 30 million passenger movements a year. The draft Master Plan also follows recently restated Government policy of making the best use of the UK’s existing runways.

Simon Richards, Acting Managing Director, Birmingham Airport, said: “Birmingham Airport is already the preferred national and international aviation hub for the Midlands and our ambition is to build on this to become one of Europe’s leading regional airports, acting as a key economic accelerator, delivering great service to passengers, and helping to showcase the region. Over the next 15 years, we will expand and significantly improve the airport to maximise our potential as a single runway airport by investing £500 million. Our plans take account of our forecast growth and will increase operational efficiency for our airlines and partners and improve the experience for our passengers.”

Andy Street, Mayor of the West Midlands, said: “Birmingham Airport is a key part of an economy that is growing faster than anywhere else in the UK and it is important we invest and grow this asset to ensure it keeps being a driver of prosperity. These bold plans will not only see a huge investment by the airport but commit to using the existing single runway to drive this growth. For my part, I will work with the airport and key partners like HS2 and the NEC Group to ensure we deliver the world-class facility our region and country deserves.”

Neil Rami, Chief Executive, West Midlands Growth Company, said: “The West Midlands has firmly established itself as the UK’s driver of growth, fostering centres of excellence in business and leading the country’s traditional sectors – such as manufacturing and engineering. The region lies on the cusp of a period of great economic growth, supported by major infrastructure projects such as HS2, that will help attract more people and investment than ever before. To realise this potential, we are committed to working with our partners at Birmingham Airport to showcase the region to the world.”

Birmingham Airport details in the plan its commitment to working closely with partners across the region, playing its part in driving growth. The plan highlights how important factors such as public transport and highways improvements are to ensure the airport is able to reach its potential.

Alongside the draft Master Plan, the airport will be consulting on a new draft Surface Access Strategy. This will outline how it will meet growth requirements and targets, as well as continuing to work in collaboration with transport bodies and operators.

The launch of this draft Master Plan triggers the start of a 12-week public consultation for stakeholders to feed back their views on the Airport’s Plans. A number of public exhibitions will take place throughout the West Midlands from the 12th November to the 22nd January 2019.