The airport’s Pier B development is complete, securing another milestone for the BUD 2020 programme. 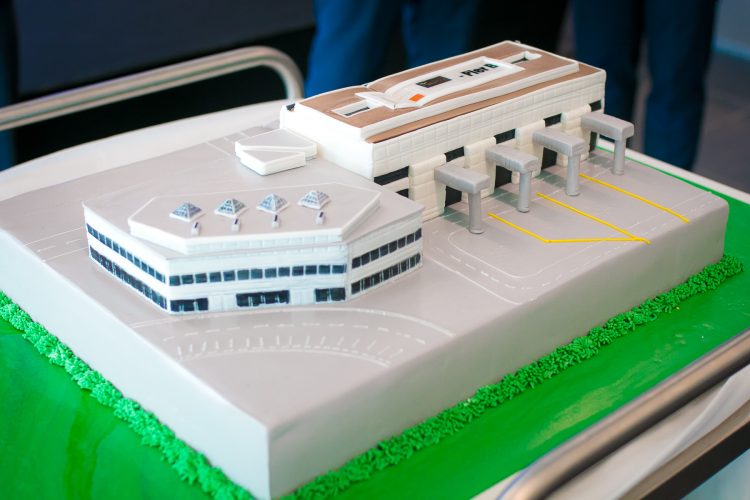 The construction of the latest airport development project only lasted 18 months. The first concrete slabs were broken on 1 March 2017 by the main contractor, KÉSZ Építő Zrt, and the first flight, a Wizz Air service to Astana, departed through the new gates just 17 months later, on 1st August 2018. Since then, the building has been opened to passenger traffic gradually. The total cost of the project is 7.8 billion HUF (25 million EUR), which Budapest Airport financed from its own resources.

The new facility was much needed, as Budapest Airport has seen double-digit growth, often reaching 14-15 per cent, in passenger numbers continuously during the last four years, with an even greater increase in non-Schengen traffic. This summer, 44 airlines offered direct flights from Budapest to 130 destinations, with another record broken in August, as 1,527,620 arriving and departing passengers were registered.

Jost Lammers, the CEO of Budapest Airport, said: “All this makes Budapest Airport one of the fastest growing airports in Europe over the last few years and it clearly demonstrates the success of our aviation strategy and all our related airline marketing and route development initiatives and efforts. Of course, our success goes hand in hand with the overall success and strong growth of the whole country in recent years and we will do our utmost to continue contributing to the successful development of Hungary.”

László Szalados, deputy CEO of KÉSZ Construction Ltd, said: “Pier B is not a palace, it is not a piece of art, but rather a very modern and very functional building that allows safe and secure airport operations and serves the comfort of the ever increasing number of passengers. Still, we have implemented a series of sustainable and state-of-the-art technical innovations while constructing this building. We are far from finishing our activity here at the airport, within days we will commence the construction of a brand new, six-level car parking building before Terminal 2.”

Tamás Menczer, Foreign State Secretary in charge of communication and the image of Hungary abroad commented: “We highly appreciate the role Budapest Airport plays in the development Liszt Ferenc International Airport, since the quality of the airport, the extensive logistics capacity here is of great importance in attracting tourists, or bringing new foreign direct investment to Hungary and thus supporting the success of the local economy.”

He also added, that just last year through HIPA (Hungarian Investment Promotion Agency) Hungary has opened 96 major foreign direct investment projects with an accumulated value of 3.5 billion euros and this has created 17.000 new jobs in the country.

The newly opened passenger traffic facility is the flagship project of the five-year BUD 2020 airport development programme. The new pier B was designed by a team of architects from Hungarian design bureau KÖZTI led by Zoltán Tima. As part of the self-financed plan, the airport operator spent 55-60 billion HUF (160-180 million euros) of its own resources to improve airport infrastructure, modernise instrument landing systems, expand aircraft maintenance hangars, hand over new logistics bases in the vicinity of Terminal 1 and open the new airport hotel near Terminal 2.

As part of the BUD 2020 programme, the construction of a multi-story car park will commence in the parking area in front of Terminal 2 in a few weeks’ time and work on the Cargo City, a dedicated, 20 000 square meter air cargo handling facility, will also commence this September.