The airport’s operators took the chance to gently remind users of the key rules and regulations governing their hobby after an incident closed its runway. 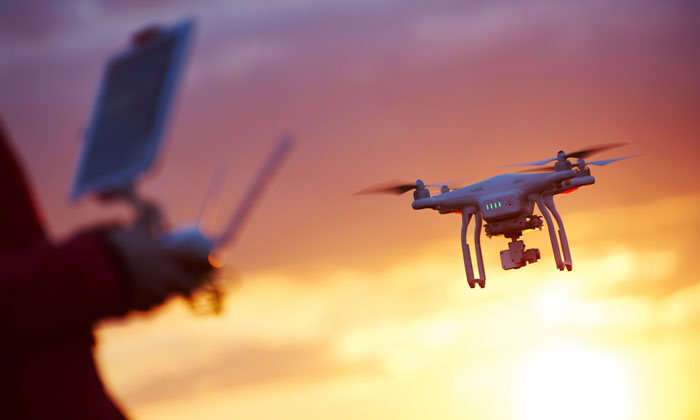 BIG BUSINESS: Drone use has exploded over the last three years

On Wednesday June 13, there were two incidents of illegal drone use close to Oslo Airport, which led to the air traffic controllers closing the runways for air traffic for a period.

The airport’s operator, Avinor, took the opportunity to remind users of the potential hazards of flying drones irresponsibly. Henning Bråtebæk, Director of Airside Operations at Oslo Airport, said:  “We take these incidents very seriously. This is illegal, and we ask that everyone who owns and operates a drone to be careful, and not least to familiarise themselves with and respect the rule.

“For aircraft in the landing or take-off stage, drones constitute a particularly serious hazard, quite simply because the aircraft are so close to the ground that there is a real risk of a collision between aircraft and drone.

“This could lead to an adverse aviation incident or in the worst case a plane crash where a lot of people are endangered. As airport operator, Avinor must give air safety first priority. We have a low tolerance for situations that can endanger air safety.”

The rules for flying drones are clear, and are available at both avinor.no/drone and at dronelek.no for amateur users.

Five key rules for the use of drones

Reckless use of drones can also lead to severe consequences for air traffic. If an airport has to close because a drone is observed in the area, this may trigger liability for damages amounting to millions.

“The cost of closing a runway here at Oslo Airport for 30 minutes is significant and affects large numbers of people. On Wednesday some aircraft had to divert to Sandefjord Airport, Torp, because we had to close both runways here at Oslo Airport due to drones inside the no-fly zone,” Mr Bråtebæk added.

In one of the cases on Wednesday the police quickly got in touch with the drone pilot who caused one of the runways to close for air traffic in the morning.

“We take a very serious view of incidents relating to observations of drones within the no-fly zone. In one of the cases on Wednesday we had a good witness observation by a person on the ground who called to notify us, and then we were able to follow the drone and find the operator,” said Grethe Løland, Station Chief at Gardermoen Police Station.

“We spoke to the individual and he acknowledged the matter on the spot.

“You risk that the drone and equipment are seized, fines of up to NOK 20,000 (£2,800), in addition to possible imprisonment for the infraction,” Ms Løland explained.

The Station Chief also said that these matters are given high priority by the police: “When air traffic control reports that drones are observed in the no-fly zone, we respond with the available resources and immediately start a search with the aim of finding the drone operator.

“But to be able to find those flying illegally, we also depend on tips from the public so that we can initiate searches immediately to find the drone operator.”