Posted: 30 May 2018 | International Airport Review | No comments yet

Another amendment to the Air Navigation Order 2016, through which the new rules are being carried, will require the pilots of drones weighing more than 250 grams to register and take a test – or face a £1,000 fine. 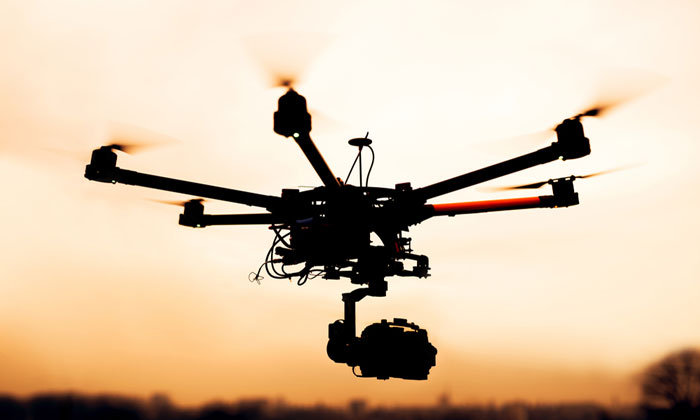 TROUBLE MAKER: Governments the world over are working on how to integrate drones into existing regulatory frameworks

New laws will make it illegal for drones to fly above 400 feet and within 1 kilometre of airport boundaries in the UK from this summer.

The change in legislation, which will come into effect on July 30, follows year-on-year increases in the number of reported incidents involving drones and aircraft – 89 in 2017, up from 71 in 2016.

Further laws expected to come into force on November 30 next year have also been tabled. These will require owners of drones weighing 250 grams or more to register with the Civil Aviation Authority (CAA) and for drone pilots to take an online safety test. Users who fail to register or sit the competency tests could face fines of up to £1,000.

The CAA and airports will have the power to make exceptions to these restrictions in specific circumstances.

Baroness Liz Sugg, the UK’s Aviation Minister, said: “We are seeing fast growth in the numbers of drones being used, both commercially and for fun.

“Whilst we want this industry to innovate and grow, we need to protect planes, helicopters and their passengers from the increasing numbers of drones in our skies.

“These new laws will help ensure drones are used safely and responsibly.”

In addition to these measures a draft Drones Bill will be published this summer, which will give police more tailored powers to intervene on the spot if drones are being used inappropriately.

According to the Department for Transport, drone operators will also eventually be required to use apps – so they can access the information needed to make sure any planned flight can be made safely and legally.

Interest in drones and their potential uses outside of leisure has been surging in recent years, with PwC predicting the industry could be worth £42 billion in the UK by 2030. However, this surge has not been without its controversies. Last summer, a drone passed directly over the wing of an Airbus 319 as it approached London Gatwick Airport (LGW) in an incident that, it was said, could have cost more than 100 lives.

Chris Woodroofe, Chief Operating Officer, Gatwick Airport, said: “We welcome the clarity that today’s announcement provides as it leaves no doubt that anyone flying a drone must stay well away from aircraft, airports and airfields.

“Drones open up some exciting possibilities but must be used responsibly. These clear regulations, combined with new surveillance technology, will help the police apprehend and prosecute anyone endangering the travelling public.”

The Chief Executive of the Airport Operators Association, Karen Dee, said: “Drones are a great new technology that are expected to bring many benefits to aviation and the UK as a whole. To achieve these benefits, we must ensure drones are operated safely and pose no risk to aviation.

“The new laws introduced today are an important step in the right direction. As partners in the Drone Code, the AOA will support efforts to educate the public on these new rules.

“An important way to ensure people do not inadvertently break the law is through introducing mandatory geo-fencing technology as soon as possible. This would safeguard critical airspace around airports from accidental drone incursions. We believe this is the most effective way to ensure that unsafe drone use does not have major consequences.”