Rovaniemi, Kittilä and Ivalo airports will be expanded and more services added in response to rapid growth in the number of passengers. 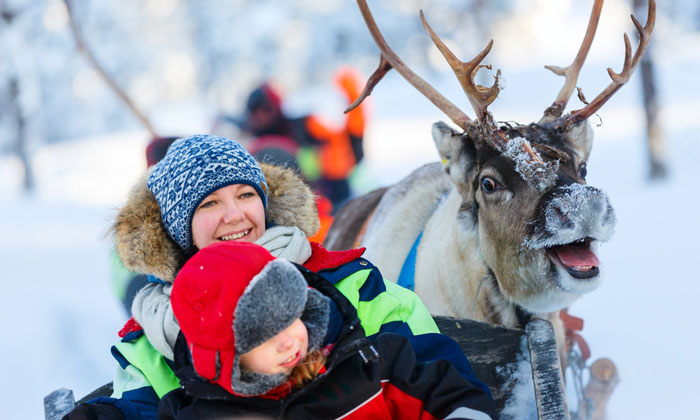 PHOTOBOMB: Tourism in Lapland is booming

Finland’s biggest airport operator, state-owned Finavia, has announced it is investing around €55 million in three airports in the country’s northernmost region. The infrastructure investment is intended to enable further growth in Lapland’s thriving tourism industry whilst increasing the whole county’s accessibility and competitiveness.

According to Kimmo Maki, the CEO of Finavia, the new funding will bring its investment in the region’s tourism to nearly €100 million.

The programme launched by Finavia will allow Lapland’s airports to serve two million passengers a year.

According to Mäki, the aim of the development programme at Lapland’s airports is to improve the customer experience and service level and increase capacity as well as to ensure safe traffic even as the number of flights and passengers grows.

Investments in environmental protection will be made at the same time. Finavia will make the recovery and recycling of the glycol used in aircraft de-icing more efficient, thereby reducing the environmental impact of air traffic on bodies of water.

The Rovaniemi Airport expansion project will be completed by the Christmas season of 2019.

At Kittilä Airport, Finavia will add two new taxiways and expand the terminal. The service level will be improved by the Christmas season of 2018 with the opening of the extension for departing passengers. The new facilities will include services such as a second café. New space will also be added to the passport control for arriving passengers. The expansion will add a total of 2,000 square metres of new space.

At Ivalo Airport, Finavia will build new aircraft stands, which will nearly double the aircraft parking capacity and thus increase the smoothness of air traffic. The number of aircraft stands will increase from four to seven by the winter of 2018.

The space for passengers will increase by 1,000 square metres. The new baggage reclaim hall will free up space for the whole terminal, thus making the space more comfortable and improving the customer experience. The terminal extension will be ready by the winter of 2019.