Lapland expected to have the busiest winter season of this decade

This winter, air traffic volumes are expected to the highest since 2007 as Finavia’s airports in Lapland are preparing for the busy winter season… 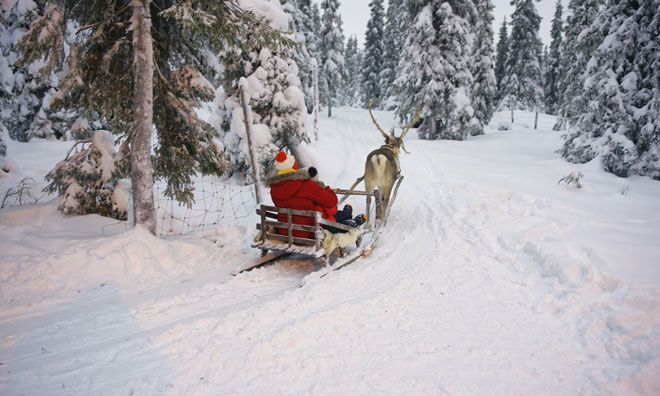 Finavia’s airports in Lapland are preparing for the busy winter season. This winter, air traffic volumes are expected to the highest since 2007: It is expected that 500 charter and scheduled flights will arrive at Lapland in December. “The steady annual growth in the number of charter flights shows how attractive winter destination Lapland has become.”

“The steady annual growth in the number of charter flights shows how attractive winter destination Lapland has become. Travel operators in Lapland have done a lot of work in developing travel products also for the summer season. The results are now starting to show: Dutch Voigt Travel will bring new charter flights from the Netherlands to Rovaniemi in summer 2017,” says Joni Sundelin, Senior Vice President at Finavia.

The first charter flight will land land from London to Enontekiö on 25 November. Before Christmas as many as 30 charter flights a day will land in Lapland. The majority of tourists will come from Britain. In addition, there will be flights from Germany, Italy, the Netherlands, France and Spain.

A record number of scheduled flights

In addition to charter flights, the location has attracted a record number (48) of scheduled flights.

Lufthansa will double the number of flights on its Munich–Kittilä route, and it will open a new Franfurt–Ivalo route in December. For the winter season, Germania will open three routes from Germany and Switzerland to Lapland: Berlin–Rovaniemi, Düsseldorf–Kittilä and Zürich–Rovaniemi.

“Lonely Planet selected Finland among the top 3 travel destinations in 2017.”

This winter, Monarch will fly to Kittilä from Manchester and London, and Norwegian will fly to Rovaniemi from London.

In addition, Alibaba, the world’s largest online marketplace company, announced in October 2016 that it will fly 50,000 tourists from China to Rovaniemi next year, of whom 3,000 will make their way to Lapland this winter.

Finland is now trending in many ways: Lonely Planet selected Finland among the top 3 travel destinations in 2017.

We have an excellent opportunity to offer such wonderful service experiences to travellers that they want to come back and also recommend Finland to their friends. In this, cooperation between travel operators plays a significant part, Sundelin says.

Alibaba will fly 50,000 tourists from China to Rovaniemi next year.

Finavia supports the operating conditions of tourism at the Finnish destination by offering cost-effective and high-quality airport services to its airline customers. In 2014-2016, the company invests a total of EUR 35 million in Lapland’s airports.

In addition, Finavia has increased its Lapland marketing efforts with other operators. Lapland is the driver of sales and marketing directed at Finavia’s airlines.

“According to the World Economic Forum, Finland has a first-rate airport network, even on a global scale. However, the traffic volume is, above all, determined by the attractiveness of tourism and regions, and these generate true demand. Lapland is a textbook example,” Sundelin says.