The RETINA “Resilient Synthetic Vision for Advanced Control Tower Air Navigation Service Provision” is a research and innovation project that deals with the development of innovative tools for the airport control tower. The project grabs the idea of augmented vision and investigates its application to the on-site control towers. 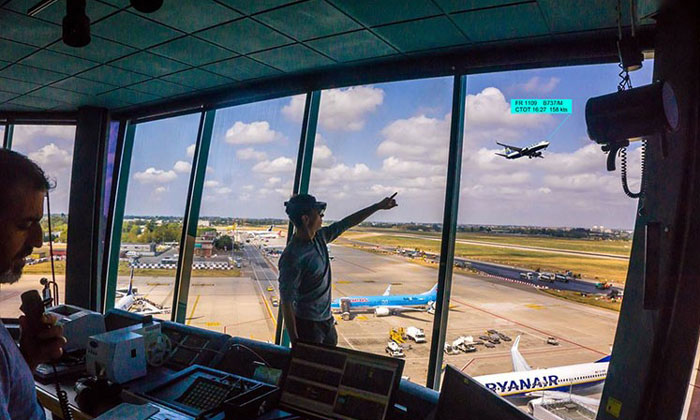 SCREEN MEMORIES: The concept was demonstrated in January

The RETINA concept was demonstrated to potential stakeholders at the end of January at the Virtual Reality and Simulation Lab of the University of Bologna in Forlì.

In the validation work package, a platform was setup at the laboratory which imitates the environment of Bologna airport, Italy, where low-visibility conditions regularly impact the control operations.

A set of goggles, HoloLens, which allow controllers to see augmented reality 3D symbols overlaid on the out-of-tower view, were tested.

The concept was validated with the aid of human-in-the-loop, real-time simulations whilst the out-of-the-tower-view was provided in a semi-immersive reconfigurable virtual environment, capable of simulating any type of weather/visibility condition on any airport with a high degree of realism.

The validation outcomes confirm that the technology is mature enough be tested in a real operational setting, thereby demonstrating the effectiveness of the SESAR lifecycle, from innovation to solution.

Sara Bagassi, RETINA Project Coordinator and Assistant Professor in Aerospace Structures and Design at the University of Bologna, said during the testing: “We strongly believe that this technology will evolve in such a way that it will become accessible for other ATM applications in the coming years.”